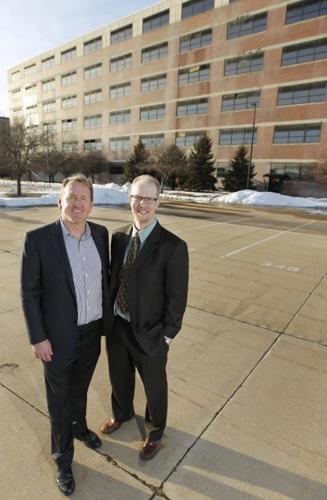 The Green at TechWorks. The Waterloo City Council Monday, June 11, 2012, will decide on the site plan for the project. (Courtesy Photo) 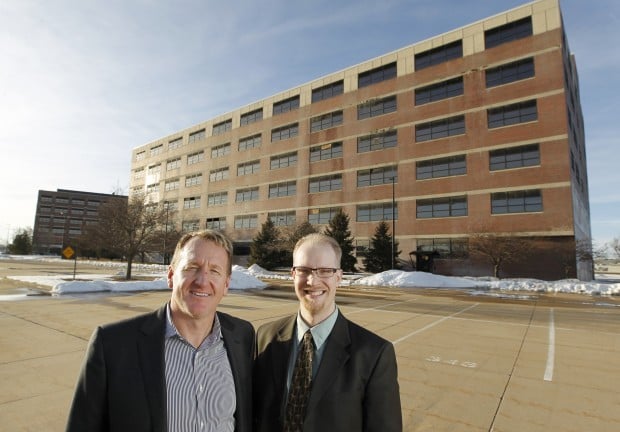 WATERLOO, Iowa --- Plans for a major downtown manufacturing, research and tourism center breezed through the first zoning test this week.

There was no opposition during a public hearing Monday before City Council members voted 5-0 to approve the first reading of a site plan amendment for the Cedar Valley TechWorks campus, including the John Deere Tractor and Engine Museum.

"This basically covers the redevelopment and reuse of the existing buildings in the TechWorks campus," said City Planner Aric Schroeder.

The site plan covers two six-story buildings and a 27-acre parcel Deere & Co. donated for the project on the western edge of downtown between Westfield Avenue and an extended Commercial Street.

Plans call for the "Tech 2" building to be turned into a 100-room hotel, restaurant and "green" office space, while the "Tech 1" building would house the University of Northern Iowa's National Ag-Based Lubricants Center and other manufacturing tenants. The Deere museum, on the northeast end of the campus, is seeking a special permit and is expected to be open by the spring of 2013.

And the entire campus is expected to be fitted with wind towers and solar panels to attract "green-oriented" businesses.

Planning, Programming and Zoning commissioners endorsed the site plan last week. Schroeder said additional approvals, including platting out lots and special permits for the wind towers, are expected in the future.

"This is just one of the steps we have to go through," said Cary Darrah, TechWorks general manager. "But we feel like we've got a pretty solid package and we will be both disappointed and surprised if there's not some construction going on by this fall."

The site plan allows platting to split off some of the original 40 acres so it can be returned to Deere & Co., including parking for the museum and some property on the other side of Commercial Street from TechWorks.

Darrah said officials and investors are working on completing the funding package for the estimated $50 million project. The key is getting tenant commitments to secure the financing for construction.

Three councilors voted against the agreement with CF Storage, LLC while Simon Harding was absent and Dave Sires abstained because of a conflict of interest.

She was promoted after Mark Howard, a former captain, was named the police chief earlier this month.

Joe Leibold will head the Waterloo Police Department after he was appointed and sworn in by Mayor Quentin Hart at Monday’s City Council meeting.

Neighbors of the park have been wanting this since 2019.

These were lengthy meetings, combining to total more than 10 hours of discussion, on a slew of topics.

The current facility is located in downtown Waterloo but the proposed location for a new building would be on the training facility in Raymond.

Proposed fee changes for park shelters and golf courses could be approved during the 5:30 p.m. meeting at City Hall.

Democrat Craig Cooper is just six votes ahead of Republican Luana Stoltenberg for the House District 81 seat, which covers the northwest quadrant of Davenport, after an administrative recount concluded on Friday. The results are contrary to what was announced after election night.

The measure would reduce it from five to four councilors to override the Planning and Zoning Commission whenever it recommends denial of a zoning amendment.

In observation of Thanksgiving, Cedar Falls municipal facilities will be closed certain days and have reduced hours on others.

The Green at TechWorks. The Waterloo City Council Monday, June 11, 2012, will decide on the site plan for the project. (Courtesy Photo)