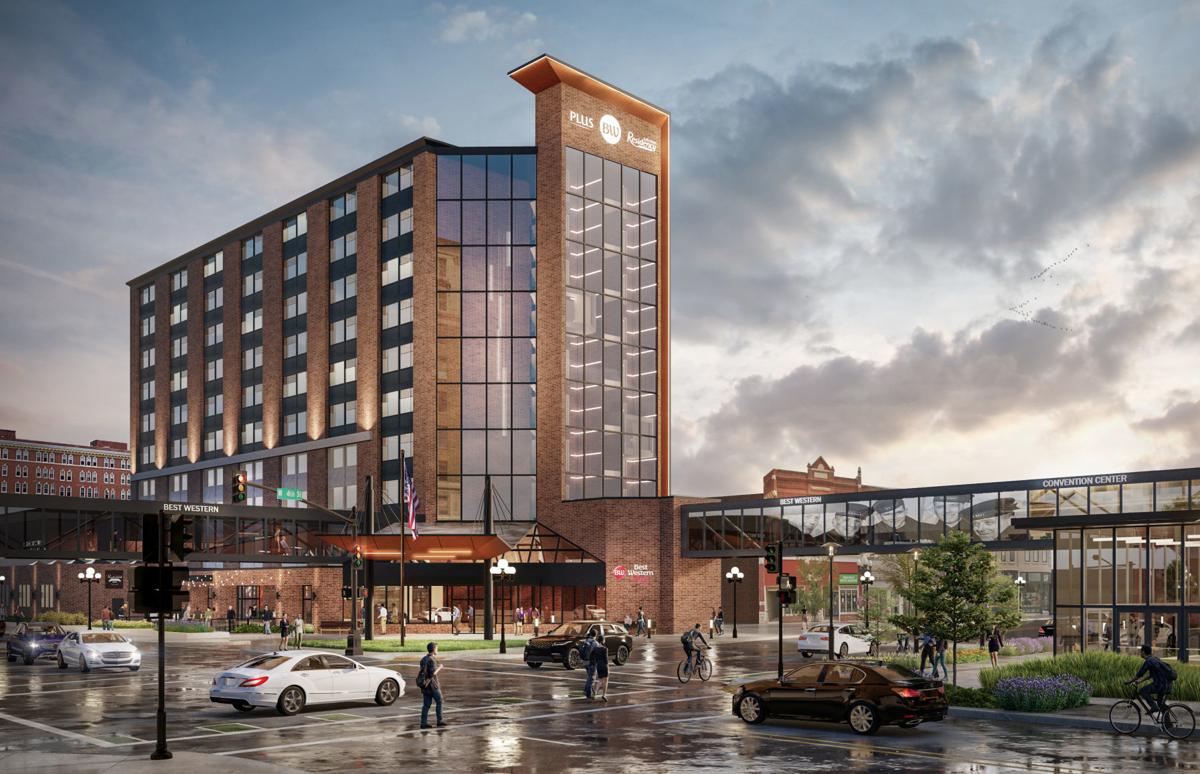 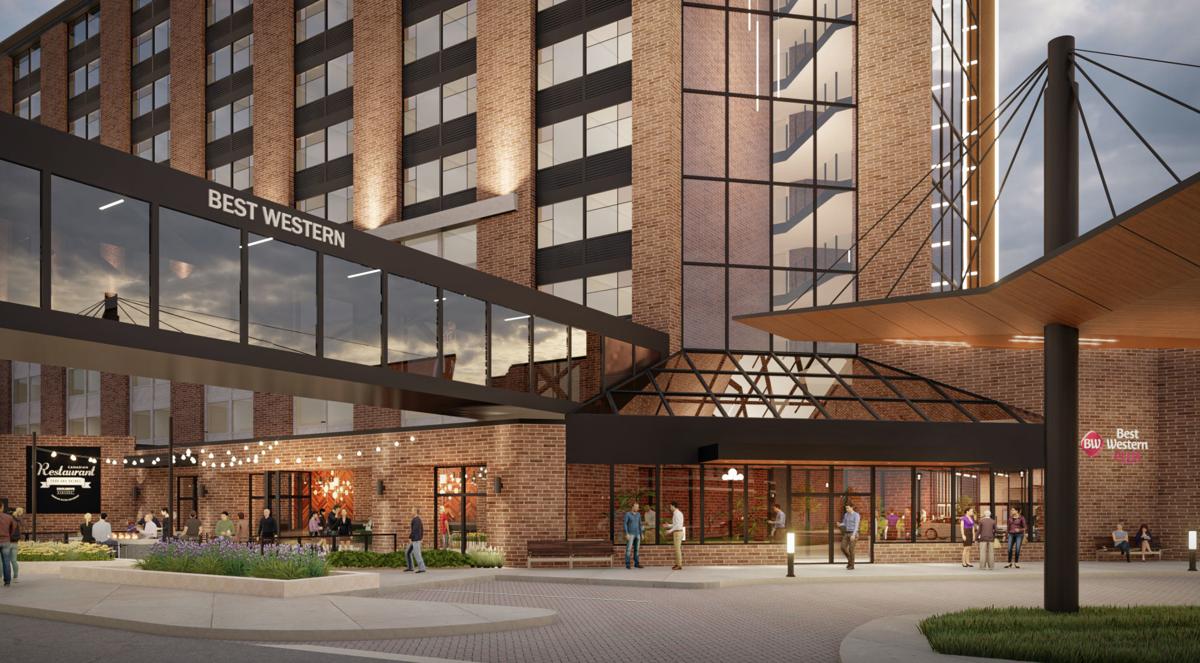 WATERLOO — Developers planning a $10 million renovation of the Ramada hotel said they were attracted by city’s downtown revitalization efforts.

“There’s a lot of people that have spent a lot of money renovating downtown and rejuvenating it,” said Brian Kern, president and CEO of South Dakota-based Makenda LLC. “You can drive around and you can see it; you can see where you’re headed.

“This is a project that everybody’s going to be proud of,” he added.

Makenda, which Kern said has done more than 50 projects nationwide, is planning to buy the 10-story downtown hotel and renovate it as a dual brand Best Western Plus and Executive Residency, with 99 regular rooms and 69 extended-stay units.

The agreement includes a $450,000 city grant; 85 percent property tax rebates over the next 20 years; hotel-motel tax rebates for 20 years; and a city commitment to invest between $4.9 million and $9.8 million in improvements to the adjacent Five Sullivan Brothers Convention Center and common areas over the next five years.

Makenda agreed to raise the assessed value of the hotel from $1.6 million to at least $9.5 million through its renovations, which include interior and exterior work, pool improvements and a new restaurant.

“We’ll be able to take that property and completely convert into something that’s really needed downtown,” said Rod Lindquist, Makenda’s vice president of development. “It will take a very tired property and make it brand new.”

Lindquist said closing on the hotel purchase is expected in early November with renovations completed by August next year.

The development incentives generated little discussion at the council meeting.

Residents Forest Dillavou and John Sherbon objected to the amount of public funds going into the project.

“I think we’re going to start a precedent that’s going to almost break this city in half,” Sherbon said. “If we can’t make the same deal for everybody we have no business doing it for this one company.”

Dillavou added, “You guys are supposed to be working for the taxpayers of Waterloo, not the businesses or public employees.”

Council members Bruce Jacobs and Margaret Klein both questioned whether Makenda had proof of financing in place, an obvious reference to the city’s previous decision to support Leslie Hospitality’s planned acquisition and renovation of the hotel and convention center.

The Leslie Hospitality deal fell apart last year when the company failed to get financing and ultimately sued the city. That case is still pending in federal court.

Kern said “financing is absolutely not an issue” for Makenda, which is not buying the city-owned convention center.

“On these deals, you’ve got to kiss a lot of frogs. For every one you find you leave 50 behind,” he said. “For many, many, many reasons they’re just not viable. This project we feel has a lot of viability.”

Mayor Quentin Hart said he believed the development agreement protected the city from financial harm should Makenda fail to move forward with renovations.

“If this does not go through will we be out of anything … other than time and egg on the face?” Hart asked.

A South Dakota company is planning to invest more than $9.5 million buying and remodeling the downtown Ramada Hotel.

WATERLOO — The city will borrow $1.4 million this month to fix up a downtown convention center it previously tried to give away.

A roundup of state government and Capitol news items of interest for Monday:

Carson King is now a bobblehead

The National Bobblehead Hall of Fame and Museum has unveiled the rendering for a limited-edition bobblehead honoring Carson King, whose viral sign resulted in more than $3 million dollars of donations to the University of Iowa Stead Family Children’s Hospital.

They agreed on one thing: They were engaging in democracy.

Tommy Doyle is tied for 26th and Northern Iowa is seventh in a 13-team field after the first two rounds of the Bubba Barnett Intercollegiate at the RidgePointe Country Club.

Regional Board of Realtors holds ribbon cutting for new office

The Northeast Iowa Regional Board of Realtors celebrated the opening of its new office with a ribbon cutting today.

MercyOne has announced an expansion project breaking ground this week to accommodate a growing number of specialists.

The candidates for the 2nd Ward Cedar Falls City Council seat are facing off in what is becoming one of the city’s most contentious elections.

Katharine Hayhoe, an accomplished atmospheric scientist and a professor and director of the Climate Science Center at Texas Tech University, will visit the University of Northern Iowa for a public talk on Oct. 24.

The former downtown Ramada Hotel will be closed for the next nine months while it undergoes a $10 million renovation by its new owners.

Some 900 players from across Iowa descended on downtown Waterloo last week for the annual Iowa Operators of Music and Amusements state dart championship, the largest tournament of its kind in the state.

Growth from within: Existing businesses are making huge investments in Waterloo

The Waterloo City Council is poised to open bids on more than $1 million of work to repair the Five Sullivan Brothers Convention Center ceilings and skywalk.