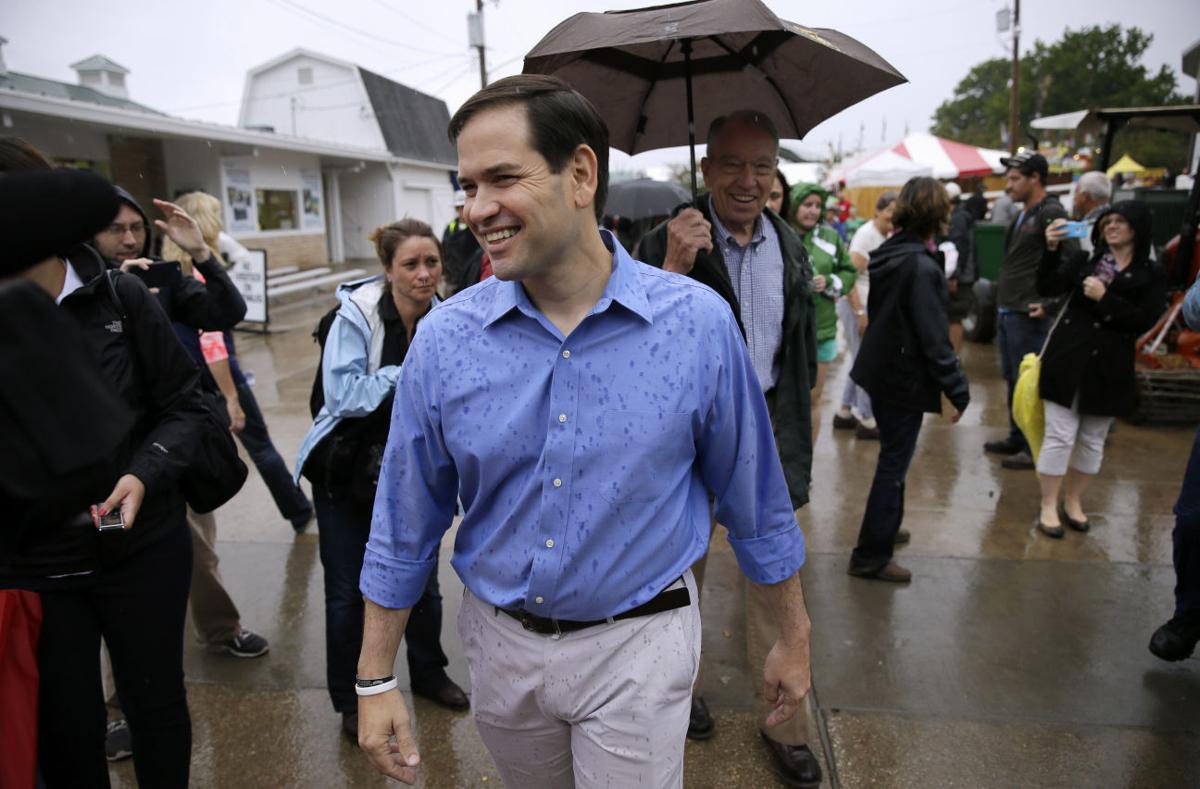 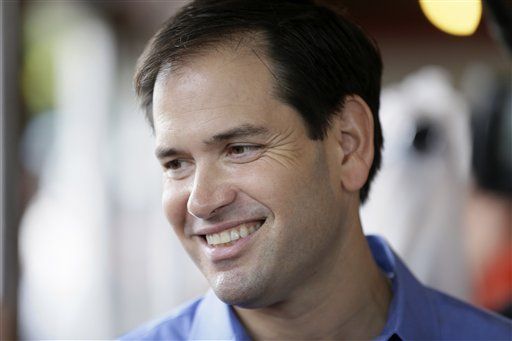 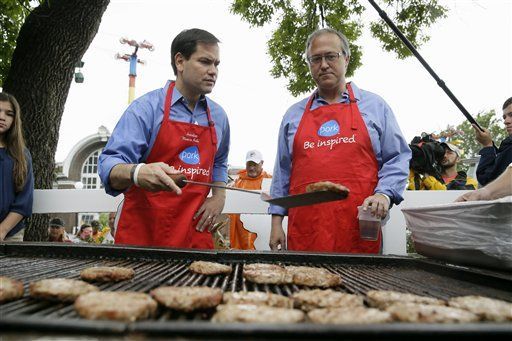 DES MOINES | Marco Rubio on Tuesday shared with about 100 people who braved pouring rain at the Iowa State Fair his vision for "a new century."

Rubio, a Republican candidate for president and U.S. senator from Florida, called for a more modern economy and higher education system plus a strengthened U.S. military during his remarks Tuesday at The Des Moines Register Political Soapbox.

Rubio kept his promise to the crowd to keep his remarks short, speaking for just 8½ minutes.

He tied together the economy and higher education. He said the American economy must change because there is new, global competition for new jobs.

To help compete in that new economy, Rubio said, the country's higher education system must change. Rubio said students should not be shamed into attending a four-year college and many should be encouraged to participate in two-year vocational training and alternative accredited programs.

"We need more people trained to be welders and airplane mechanics and machinists. These are good-paying jobs. Somehow we have stigmatized them as a country," Rubio said.

Rubio also said the country cannot "keep graduating people with degrees that don't lead to jobs." He said students taking out loans should be told how much they can expect to earn in a position in their degree field.

"So, you can decide if it's worth borrowing $50,000 to major in Greek philosophy," Rubio said. "Because after all, the market for Greek philosophers has been very tight for 2,000 years."

Rubio also called for building up the U.S. military.

"We're eviscerating our defense spending," Rubio said. "We must improve our defenses so that we remain the most powerful military force in the world."

As the rain continued, Rubio walked around the fairgrounds, visiting with people inside the Republican Party of Iowa's booth.

Later, Rubio, 44, told more than 100 people who gathered at West End Salvage in downtown Des Moines he has a plan to revitalize the American economy that would include preserving Social Security and Medicare, reforming the tax code so business rates would be capped at 25 percent, and revamping government regulations in a way that allows U.S. companies to compete and meet new challenges.

"Not only is the world changing, it is changing faster than ever and it's been disruptive," he said. "So what does that leave us with? A choice, we can either choose to embrace these changes and turn them into a positive -- harness the power behind them -- or we can be left behind on the outside looking in, left behind by a new economy while the best jobs, the best ideas and the best companies so somewhere else."

Photos: Candidates at the state fair