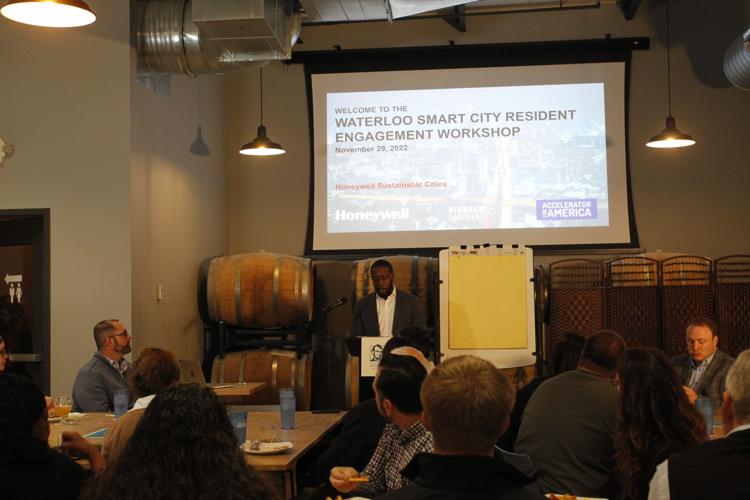 Waterloo Mayor Quentin Hart speaks to a room of residents about Waterloo becoming a "smart city" on Tuesday, Nov. 29, 2022. 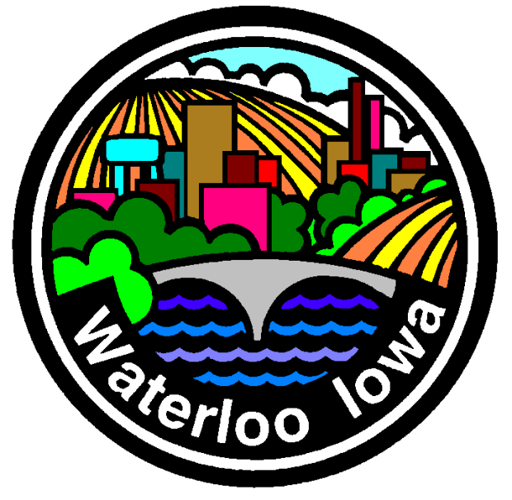 WATERLOO — Smart solutions are being sought as the city looks at both services it will provide and problems it will encounter in the future.

That’s “smart” as in the use of technology to improve community infrastructure, boost efficiency and make life better for residents.

Officials got the discussion going Tuesday during a “Smart City” event jointly hosted by the city of Waterloo and Honeywell.

Honeywell and Accelerator for America announced the launch of the Honeywell Smart City Accelerator Program in October to help cities strategically plan their futures and build capacity to fund initiatives. Waterloo, along with Cleveland, Ohio; Kansas City, Mo.; Louisville, Ky.; and San Diego, Calif. all received the award.

“For a community your size, you punch way above your weight,” Honeywell subcontractor Herb Sih, of Pioneer Partners, said at the event.

Waterloo Mayor Quentin Hart noted during the event that the opportunity for Waterloo to participate in the program is due to federal funding.

“My vision includes being a community of opportunity for everyone,” Hart said. “Removing barriers and access to broadband, transportation and safe and affordable housing.”

The approximately 50 people who attended the event at Singlespeed Brewing Company input their thoughts as well, which echoed Hart’s.

Some of their concerns included sidewalks, lack of workforce, lack of retail, public transit, public community spaces, internet providers and perception of the city.

“Our job is to identify problems and challenges with a technology overlay … where tech can be used as a tool,” said Hart.

Sih held an exercise where he informally asked a member of the public, which happened to be city councilor John Chiles, about his phone usage.

He compared this to what people used their phones for 10 to 20 years ago. He also related it to infrastructure that is currently not smart, which should be up-to-date with cell phone capabilities.

The resident input was the third step of the process for the smart city strategy. Before the outreach, Honeywell held a kickoff meeting and stakeholder interviews. This included talking with city officials, city leaders, and community members; looking at research and data analysis; and searching for problems and their solutions.

The next step is to have a leadership presentation. The entire project is a four- to five-month process. Sih said they would be finished within the first quarter of 2023.

Waterloo residents were excited about the event, but some also expressed worries about community buy-in.

“I’m glad this is a thing,” community member Jaelon Jones said. “But people have no idea stuff like this is even happening.”

Event-goers took a survey about what they found most important going forward. Sih and Hart expressed the importance of the rest of the community taking the survey, as well.

Those interested can take the survey online at surveymonkey.com/r/smartwaterloo.

He said with the city’s recent accomplishments, 'never again' will someone ask why, but rather why not.

Russian attacks around the Ukrainian town of Vuhledar

Russian attacks around the Ukrainian town of Vuhledar

Waterloo Mayor Quentin Hart speaks to a room of residents about Waterloo becoming a "smart city" on Tuesday, Nov. 29, 2022.