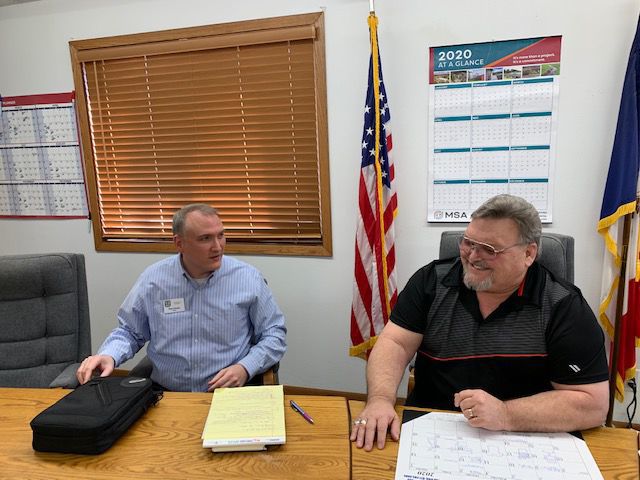 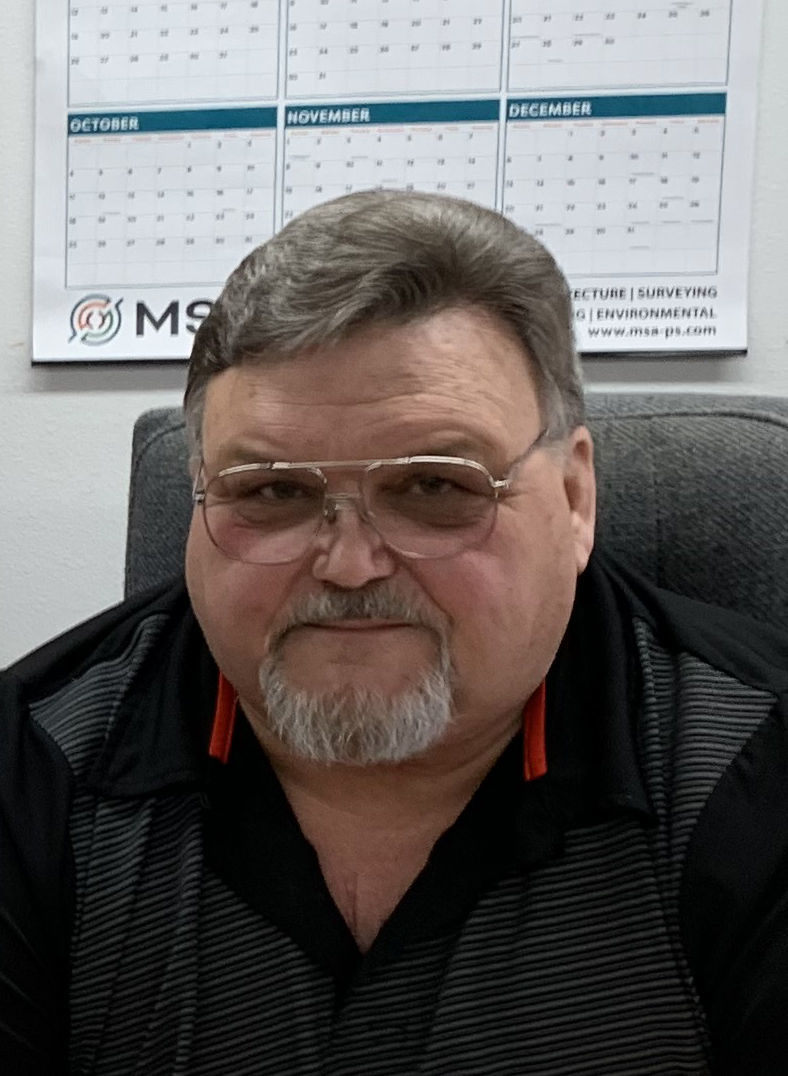 CEDAR FALLS — A failed effort to put expectations in writing for mutual aid while responding to fires has caused Janesville to pull out of its agreement with the city.

“I believe Mayor (Rob) Green had a good idea when he came to us,” said Beenblossom. Green proposed creating a memorandum of understanding that would lay out expectations related to the mutual aid agreement. However, none of the drafts of the memo went far enough for Janesville Fire Rescue’s volunteer firefighters.

The documents said mutual aid would “ideally” be provided or given “when resources are available,” according to Beenblossom. “If they have no manpower problems, why can’t they tell us they’ll send us four men and a truck?”

“Cedar Falls Public Safety will continue to provide aid to all surrounding areas when requested, including Janesville, in order to help protect citizens and neighbors. Cedar Falls continues to have a fully staffed fire department, full of trained personnel, who are dedicated to keeping our community safe. We would also like to thank our team for everything they do for our city.”

A vote by the Cedar Falls City Council earlier this month to reorganize the public safety department, which resulted in the layoffs of its eight remaining traditional firefighters, is at the root of Janesville’s concerns. During recent years, Cedar Falls has been replacing police and firefighters who resign or retire with cross-trained public safety officers who can serve in either division of the department. The council’s action meant immediately changing to PSOs for the fire division.

Beenblossom said “there’s been issues for quite some time” around the availability of firefighters able to respond for mutual aid. And with the change to only PSOs, “they lost that experience we were used to.” As a result, “they were putting our firefighters in a position that they didn’t feel safe.”

He noted Janesville’s firefighters met Monday and voted unanimously, with 22 of its 24 volunteers present, to recommend discontinuation of the mutual aid agreement with Cedar Falls. The council’s decision to pull out of the agreement was unanimous with one member absent. 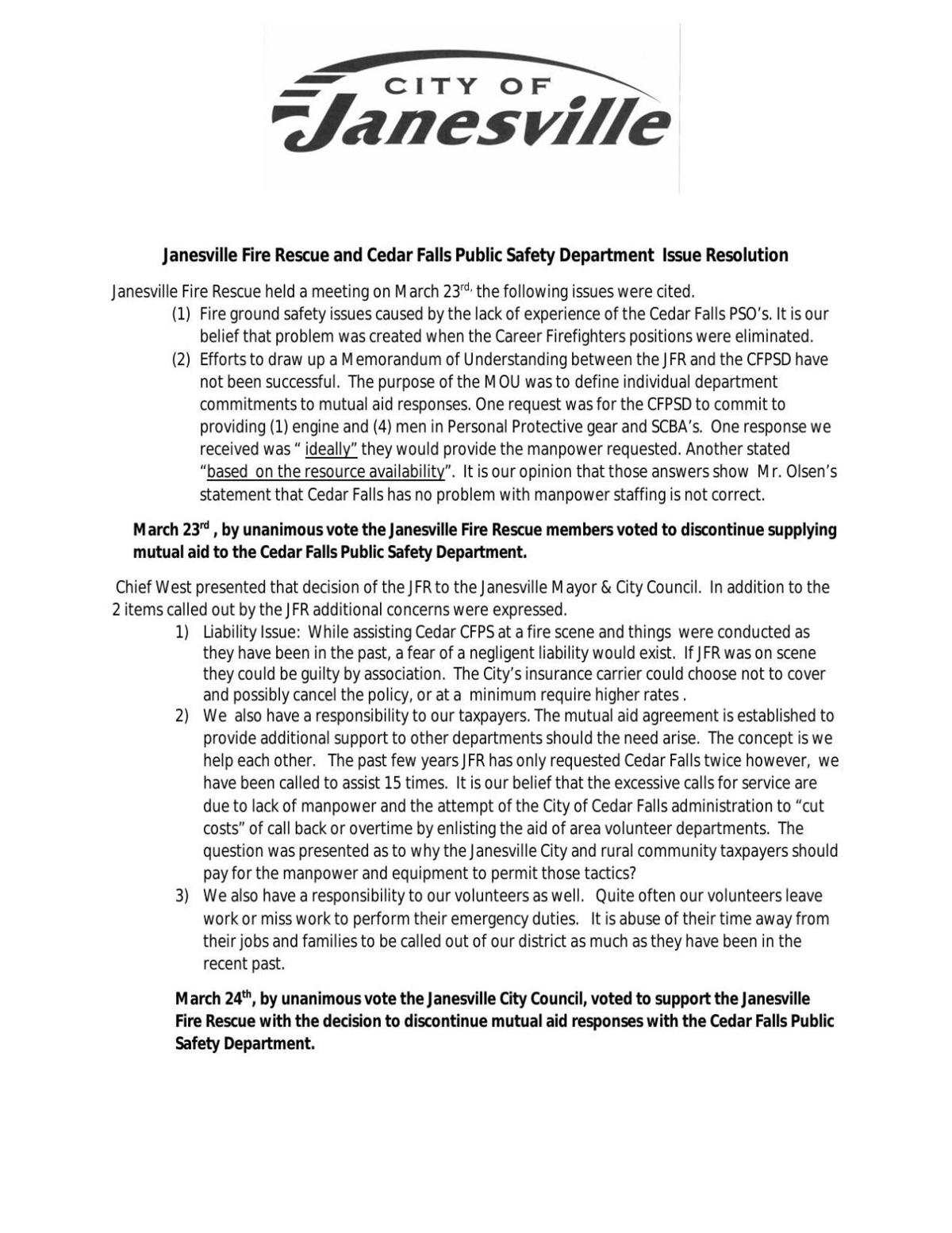 Among a number of other points raised at the meeting, Beenblossom cited a growing reliance by the Cedar Falls fire division on Janesville Fire Rescue during recent years. He contended that relates to his concerns about staffing and experience levels at the neighboring department.

The requests for mutual aid were “pretty equal” before the last three years, said Beenblossom. Since then, Janesville has requested assistance twice compared with 15 times for Cedar Falls. “It’s not equitable, as far as a fair exchange back and forth,” he said.

Other fire departments have reached out this week to say they’ll be available to assist Janesville if needed. And the city hasn’t ruled out reviewing its status with Cedar Falls in the future to potentially reactivate the 28E agreement. Beenblossom noted no fire department can deal with every emergency on its own and officials “did some deep soul searching before we made this decision.”

He added, “It’s too bad. I firmly believe in the mutual aid system.”

Janesville to stay in fire agreement with Cedar Falls

Eight firefighters who are losing their jobs will have a route to other municipal employment after the Cedar Falls City Council Monday approved a task force's recommendations.

Cedar Falls officials said Saturday the move came without any discussions with them.