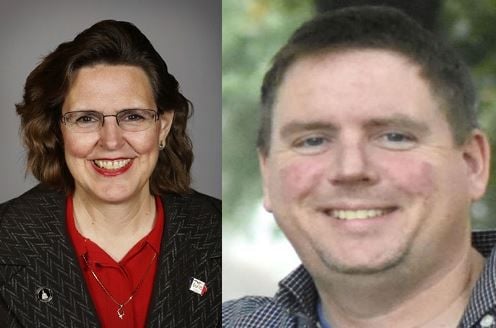 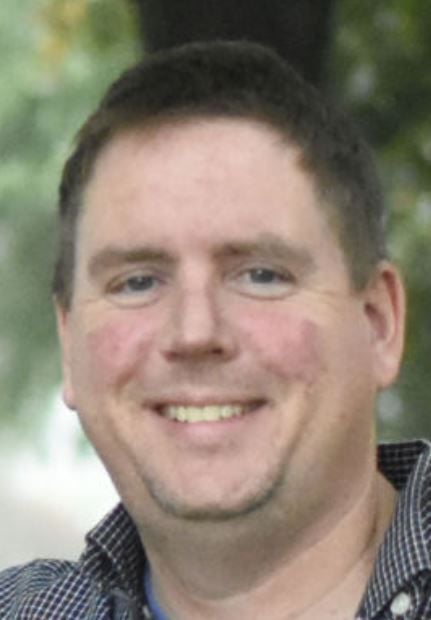 WAVERLY — The Iowa House District 63 candidates don’t agree on much, except being pro-life.

Rep. Sandy Salmon, 62, is running for a fourth term to represent the district against Eric Stromberg, 45.

Both candidates have come out as being pro-life.

“I am a pro-life Democrat,” Stromberg said.

Both Stromberg and Salmon supported the Heartbeat Law, which is one of the most restrictive abortion laws in the United States.

“I advocated for the Heartbeat Bill that passed and became law,” Salmon said. “The people of Iowa of have definitely spoken on the pro-life issue and want to see that life protected.”

Salmon strongly supported and voted for the law earlier this year.

“It’s an important thing for me, and it’s certainly central to who Representative Salmon is as a legislator,” Stromberg said. “It’s something I respect her for because we both agree on promoting legal protections for the unborn.”

Salmon is running on a platform of fiscal responsibility, with less government involvement.

Salmon said there’s a second tier of tax cuts that were put in a bill passed during the last legislative session that she wants to push forward during the next year’s session.

“We’re going to see if we can speed up the implementation of those to see if the revenue comes in,” Salmon said.

“What that does is strengthen the work talent pipeline that’s coming to our advance manufacturers,” Salmon said.

Stromberg has lived in Waverly since 2007 where he worked as the director of faith formation at St. Marys.

He worked for the church for almost a decade and now works at Target’s Distribution Center in Cedar Falls.

This isn’t his first time running for office. He was in the 2016 Democratic primary.

“It was a very close election,” Stromberg said. “It was against Teresa Meyer.”

Stromberg was mistakenly declared the winner.

There was a mistake tabulating the votes and the mistake got reported to the Secretary of State’s office, Stromberg said.

Stromberg endorsed Meyers after that primary.

Aside from abortion, Stromberg is running on health care, schools and jobs.

“Those are my priorities,” he said. “We have to reverse this privatized Medicaid disaster.”

The old Medicaid system was fair and better, he said.

Stromberg also said Iowa has funded its schools at the lowest level for the last five years.

“The Republican talking point is that they’ve always increased state supplemental aid, which is true at a nominal 1 percent rate,” he said. “When I talk to administrators and teachers everywhere, programs are getting cut and teachers are getting laid off and there are higher classroom sizes.”

“Communities all across the state were torn up when collective bargaining rights and Chapter 20 were gutted,” Stromberg said.

Workers were blindsided by the hugely emotional issue, he said.

“Our rural areas are struggling and we need more economic development and more investments in our rural areas,” Stromberg said.

Salmon said she stands by what she’s done as a legislator.

Stromberg feels his views show he is someone independent of his party.

Voters from Northern Black Hawk County and Bremer County will have the chance to vote on which candidate they prefer Nov. 6.

The city of Waterloo is applying for state grant money to renovate a blighted brick building at West Third and Bayard streets.

Steyer said Trump was a "terrible steward of the economy," noting in particular the trade war with China that "has killed American farmers."

The Waterloo City Council is poised to decommission the shortest of three runways at the airport because it is in poor shape and the FAA won't pay for repairs.

Black Hawk County Democrats! Find out where you caucus on Feb. 3.

Downtown Cedar Falls Main Street sidewalks are getting new brick pavers as part of a $2.48 million project that will also include a number of infrastructure improvements.

In annual speech, governor urges lawmakers to be ‘bold and visionary’

'I don't even know': The scene outside Tuesday's Democratic debate

The raucous scene outside Tuesday's Democratic debate in Des Moines.

Mayor Quentin Hart met Mayor Pete Buttigieg a year and a half ago, before Buttigieg's run for president, bonding over the similarities between their cities of Waterloo and South Bend, Indiana.