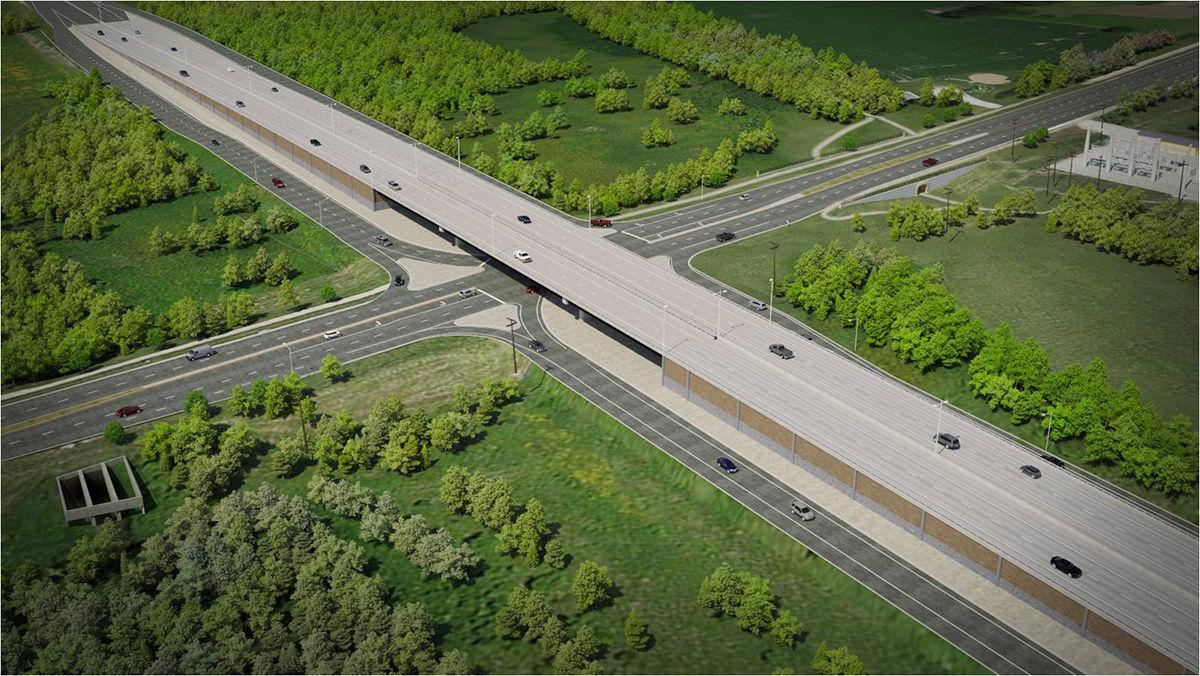 An illustration of a potentially reconstructed Highway 58 and Greenhill Road interchange. 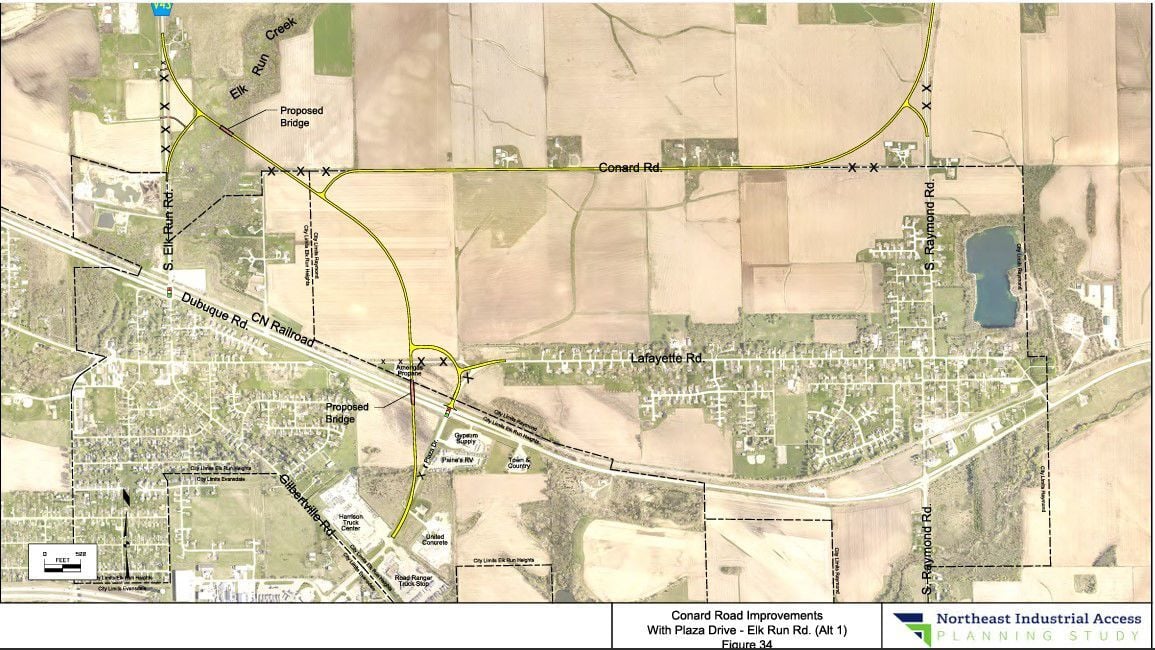 A rendering of a possible access route from Interstate 380/U.S. Highway 20 to the Northeast Industrial Area, as proposed by INRCOG.

WATERLOO — Municipal officials seeking funds for highway reconstruction lined up to bend the ear of members of the state’s transportation commission during a meeting Tuesday morning.

Mayors of Waterloo, Cedar Falls and Ottumwa, as well as officials from nearby cities and state legislators, sought help for local projects at the Iowa Transportation Commission’s public input meeting at the Courtyard by Marriott in Waterloo.

Iowa eyes $3.6B for transportation over 5 years

“The work you do here is, of course, near and dear to my heart,” Waterloo Mayor Quentin Hart told the commission, noting the “incredible projects that have happened that have completely transformed our community.”

Iowa Department of Transportation-financed projects in Waterloo, like the U.S. Highway 63 corridor, have made possible new development, from the TechWorks campus to North End Crossing. That includes the very hotel where the meeting took place, said Noel Anderson, community planning and development director.

“I think we’ve seen over $120 million in private investment to follow the $30 million public investment” from the state, Anderson said.

“You’re to be complimented for all that you’ve done,” said commission member Charese Yanney. “It’s a beautiful city today.”

Kyle Durant, a transportation planner with the Iowa Northland Regional Council of Governments, or INRCOG, said he is looking forward to the next phase of creating an alternative route to the Northeast Industrial Area to connect truck traffic more directly from Interstate 380 to Tyson Fresh Meats, John Deere Tractor, Cab and Assembly Operations and other businesses in that area.

One alternative would be to improve Plaza Drive by adding through lanes and turning lanes, as well as a traffic signal on the southern end, for around $2 million. Another would create an alternate route over the two sets of railroad tracks and Dubuque Road, adding bridges and routing traffic along a portion of Conard Road, at a cost estimate of $18 million.

“We look forward to moving through that project,” Durant said.

He also asked for help with the $36 million project to improve the Iowa Highway 58 intersection with Greenhill Road in Cedar Falls, saying it was a “desperately needed project” and “dangerous corridor,” something Cedar Falls officials asked the commission to consider as well.

“The time has come now for the DOT and the city of Cedar Falls to get serious about improvements to Greenhill Road,” said Chase Schrage, public works director for Cedar Falls.

He said the area was “experiencing significant traffic growth” due to nearby developments, and noted it was a “critical urban freight network” with frequently bottlenecked traffic.

“Unfortunately, there was another fatality just south of this intersection last week,” he added, referencing a Hampton man killed in a motorcycle crash Oct. 6.

Dylan Mulfinger, Iowa Highway 150 commission chair and Oelwein city administrator, said he was hoping for improvements to Highway 150 due to the “ever-expanding Independence area” traffic issues, including truck traffic and bottlenecks. He said his commission simply wanted a “super two,” or wide two-lane highway with a periodic passing lane — a cheaper proposal than a four-lane along that route.

“I know every day you get asked for four lanes in this state,” Mulfinger said. “Super two is something we’re asking for at this point.”

The commission will “consider those thoughts and review them with Iowa DOT staff,” it noted on Tuesday’s agenda.

Martin Foundry in Waterloo will move business after neighbors complain

The owner of a steel slag recycling yard that had been operating without a permit for two months withdrew his permit application and said he would move his business out of the area after neighbors complained about the noise and airborne particles.

They disagree on a wide variety of matters. But when it comes to supporting Waterloo's striking UAW Local 838 John Deere workers, elected leaders are united in their support.

The city approved tax rebates over the next 20 years and a grant of $14 million to help develop Lost Worlds Theme Park over the objections of a few residents who bemoaned spending public money on a private development.

Not enough support was garnished on the four proposed changes. The package of legislation will come before City Council as written for a final reading and possible vote Nov. 1.

A third candidate has emerged in the race for Waterloo mayor, determined to make the election a referendum on what she believes are the mayor's failures over the past six years.

An illustration of a potentially reconstructed Highway 58 and Greenhill Road interchange.

A rendering of a possible access route from Interstate 380/U.S. Highway 20 to the Northeast Industrial Area, as proposed by INRCOG.