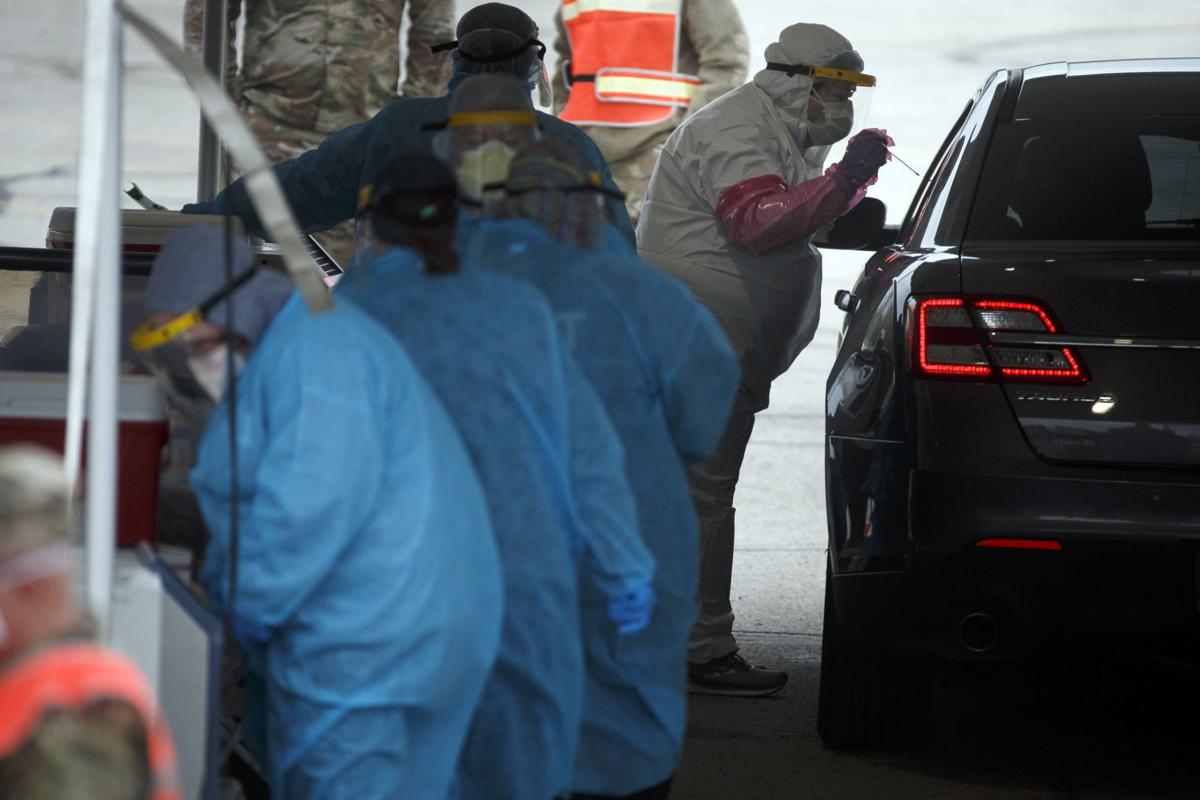 Iowa Department of Public Health workers test people in their car at a COVID-19 testing site in the Crossroads Center parking lot on April 29 in Waterloo. 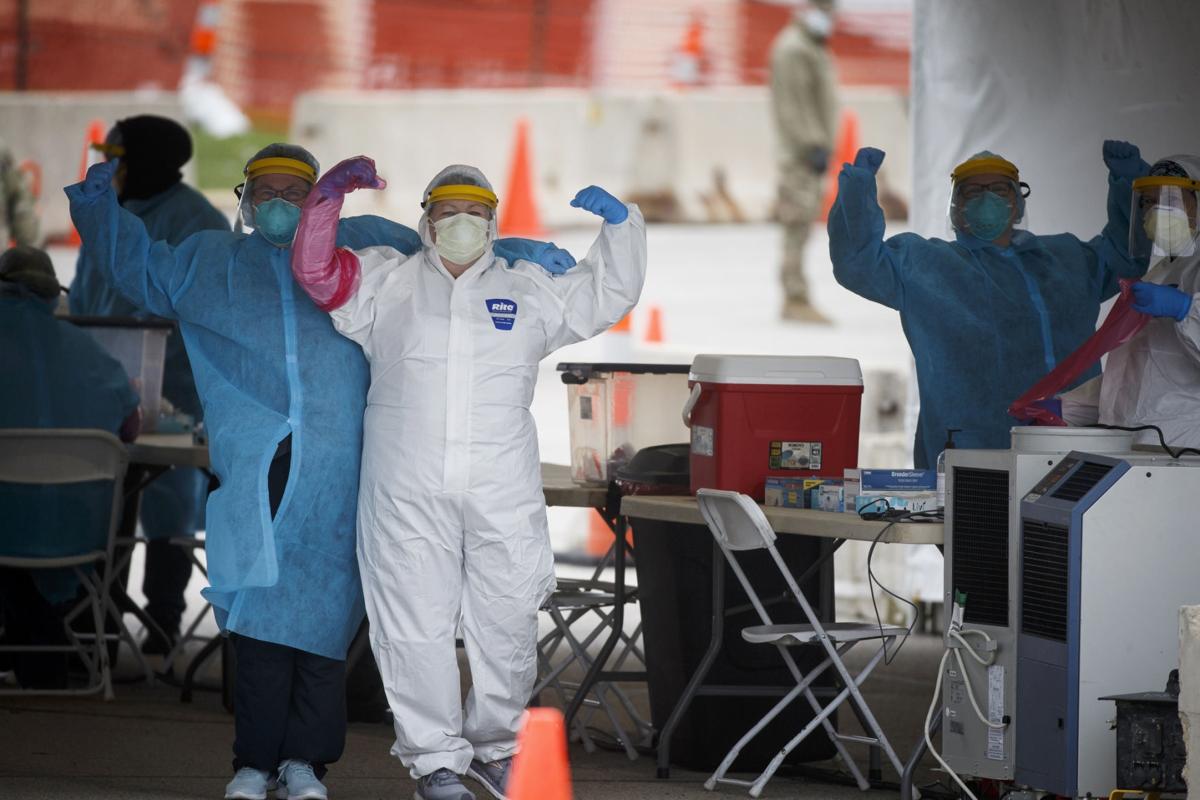 Iowa Department of Public Health workers pose for a photo as they test people at a COVID-19 testing site in the Crossroads Center parking lot April 29 in Waterloo.

DES MOINES — More than 20 days after Iowa signed a $26 million contract with a Utah company to expand testing in the state, the machines the firm supplied to run the samples still have not passed muster.

A time frame for completing the validation process for the Test Iowa machines is unknown, as the process can vary by machine, University of Iowa officials said Friday.

The validation process is undertaken to determine if the machines are processing tests accurately. So far the lab has processed Iowa results using machines the State Hygienic Lab already had, officials said.

Running side-by-side testing is part of the validation process. The lab then compares whether the machines yield the same results when the sample is run, officials said Friday. The side-by-side testing means the Test Iowa samples are being run at least twice to compare results.

The state does not break out how many of the 331,186 Iowans who by Friday have completed the coronavirus assessment at TestIowa.com have actually been tested. Test Iowa was initiated last month to ramp up testing of essential workers and Iowans showing COVID-19 symptoms. The state’s fourth drive-though location where people with appointments can be tested opened Thursday in Cedar Rapids.

On Friday, Iowa posted a fourth straight day of double-digit deaths from coronavirus, with 12 deaths reported by the state Department of Public Health, bringing the statewide toll to 243 since COVID-19 was first confirmed March 8 in Iowa.

State health officials reported another 398 Iowans tested positive for the respiratory ailment, bringing that count to 11,457 of the 70,261 residents who have been tested — a positive rate of more than 16 percent.

One in 44 Iowans has been tested for COVID-19, with 58,804 posting negative results, according to state data. A total of 4,685 people have recovered from the disease.

During a Thursday media briefing, Gov. Kim Reynolds told reporters a backlog of test results that occurred due to validation of Test Iowa equipment had been “caught up,” but some Iowans who participated in drive-through sites indicated they still were awaiting results.

Reynolds spokesman Pat Garrett confirmed Thursday “a very small percentage” of coronavirus test samples collected under the Test Iowa program could not be processed because they were “potentially damaged,” resulting in incomplete results.

According to officials, 51 percent of the Iowans who have died from coronavirus have been male — the same percentage that tested positive.

Earlier this week, state officials revamped the data available to the public at coronavirus.iowa.gov, with the new format no longer listing the age range of Iowans who died from coronavirus and providing information using a different timeline than before.

The governor did not hold a daily media briefing Friday due to scheduling conflicts created by Vice President Mike Pence’s trip to Iowa. Garrett said Reynolds would resume her COVID-19 briefings next week.

John McGlothlen and Zack Kucharski of The Gazette contributed to this report.

Editorial: Opening an Iowa business or church in this pandemic is a choice, not a mandate (and so is visiting it)

It’s hard to understand giving places of worship across the state an OK to welcome congregants when the peak of infection in Iowa could still be weeks away.

DES MOINES - As she directs the state’s response to the global COVID-19 pandemic, Iowa Gov. Kim Reynolds says her compass is informed by data …

This year’s election will see ‘heavy shift’ to digital platforms

Revenue hit expected from coronavirus, so projects could change

"It has been over two weeks since they (very painfully) took my sample," Sevcik wrote in an email to The Courier. "I am just flailing in the wind, and nobody at the state appears to care."

Iowa Department of Public Health workers test people in their car at a COVID-19 testing site in the Crossroads Center parking lot on April 29 in Waterloo.

Iowa Department of Public Health workers pose for a photo as they test people at a COVID-19 testing site in the Crossroads Center parking lot April 29 in Waterloo.