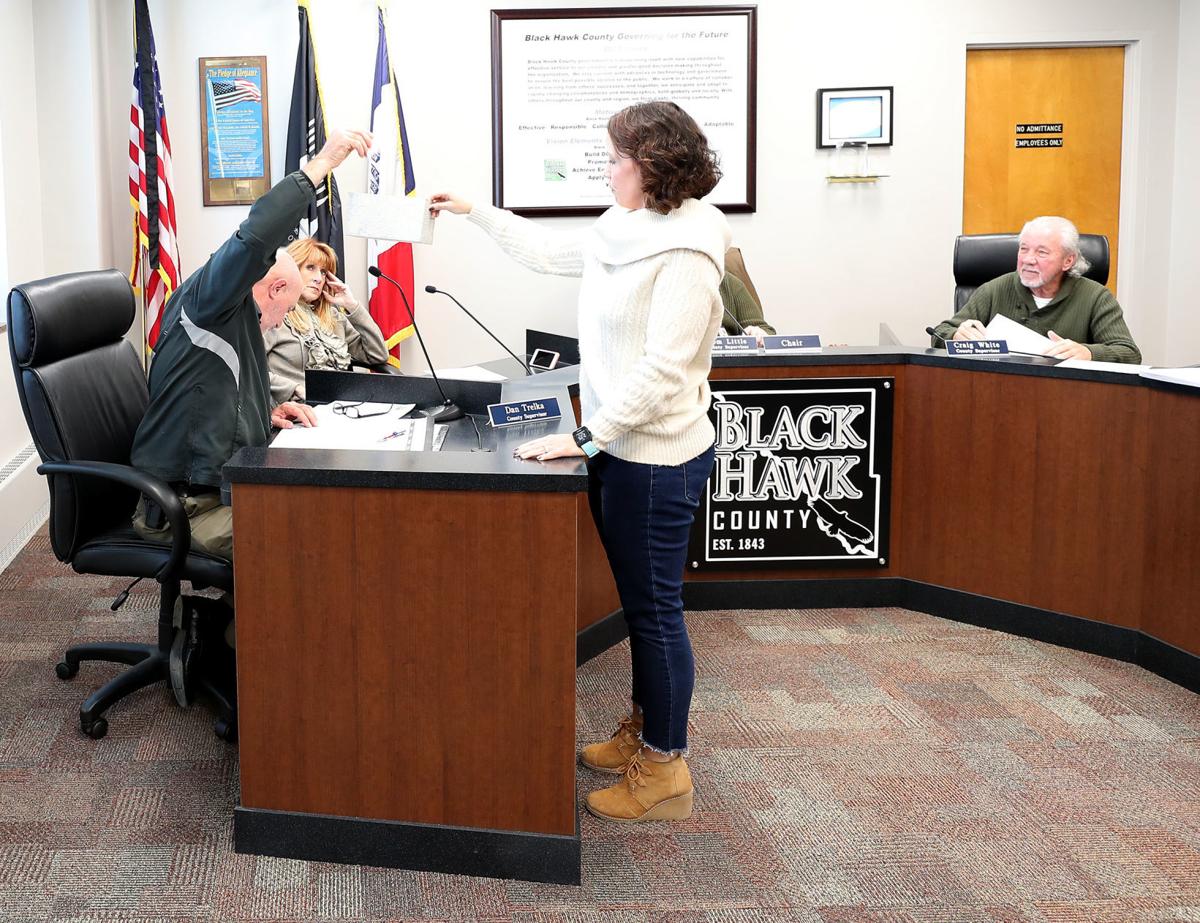 County supervisor Dan Trelka pulls the name of the winner of the Elk Run Heights mayoral election from a box held by Elections Manager Karen Showalter Tuesday in Waterloo. 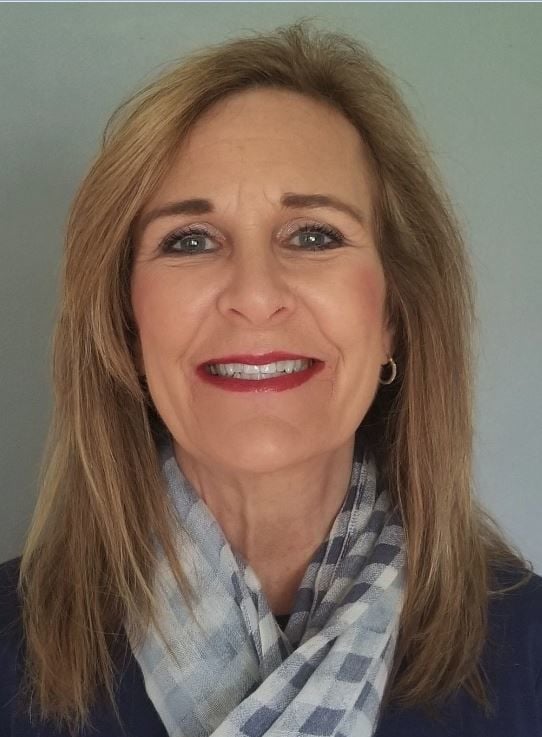 Black Hawk County Supervisor Dan Trelka pulled Lundy’s name out of a box Tuesday after an election canvass confirmed she and incumbent Mayor Tim Swope both received 130 votes in the Nov. 5 election.

Iowa law requires the tied election to be decided by lot. But Swope has until 5 p.m. Friday to request a recount.

“I’m happy with the results, and I’m looking forward to the job,” said Lundy, who attended the drawing in the courthouse. “It will be a new chapter for me, and I’m ready for a new challenge.”

Swope, reached by phone after the canvass, said he was still considering whether to seek a recount but was leaning against it.

“I’ve got full faith in the elections department and the Board of Supervisors,” Swope said. “But I’ve also got people encouraging me to (seek a recount).”

It had been a contentious race for the mayor’s office.

The city fired Lundy in April after saying the city’s 17-year clerk had failed to perform her duties properly. Lundy said she had tried to quit her post months earlier after the city failed to respond to her complaints about another employee harassing her.

Lundy and Swope, who has been mayor since 2014, traded charges again a week before the election when a state audit found issues with city records and reports.

Karen Showalter, county elections manager, said a military ballot was mailed out for the Elk Run Heights election but was not returned by Tuesday’s deadline.

If Swope calls for a recount, he and Lundy would both select a member of the recount board and would try to decide on a third board member. That board would look at each physical ballot cast in the race to confirm the totals.

An Elk Run Heights City Council seat is also close enough to warrant a recount. Incumbent Arlan Schellhorn was ousted by newcomer Heather Sallis by just three votes. He too would have until Friday to request a recount.

Only a handful provisional ballots were counted after election night. None of them involved the Elk Run Heights election and none made any significant change in the election night outcomes reported last week.

While ties are broken with blind draws occasionally for rural township trustee positions — elections that sometimes garner just a few votes per candidate — they are more uncommon in city elections.

In 2013, Mark Thome won the Gilbertville mayor’s race by drawing after he and Jeff Balvanz both received 109 votes. A 1973 Waterloo City Council race won by Mary Berdell was decided when a supervisor drew her name from a garbage can.

Turns out, one vote really would have made the difference. As it stands Tuesday night, both Mayor Tim Swope and former City Clerk Kristi Lundy have 130 votes apiece.

ELK RUN HEIGHTS — An investigation into payroll records and bookkeeping issues led the city to fire its city clerk.

Iowa gamblers doubled down on sports wagering last month, placing $46.5 million in bets. That pushed the overall handle to $93.6 million since such betting became legal in mid-August.

Campaign almanac: Buttigieg leads, but most Iowans' decisions not firm

Iowans have quick, but productive trade mission to Japan

Iowa’s trade mission to Japan has generated “great optimism” among the 24-member delegation for opportunities to expand markets for agricultural products and generate more investments that will lead to jobs for Iowans, Gov. Kim Reynolds said Tuesday.

The men who found the wreckage of the USS Juneau on the bottom of the sea brought her to life in the hometown of her most famous sailors.

A recount of the ballots confirmed Kristi Lundy and Tim Swope received the same number of votes for Elk Run Heights mayor, a seat Lundy will assume after a blind draw.

County supervisor Dan Trelka pulls the name of the winner of the Elk Run Heights mayoral election from a box held by Elections Manager Karen Showalter Tuesday in Waterloo. 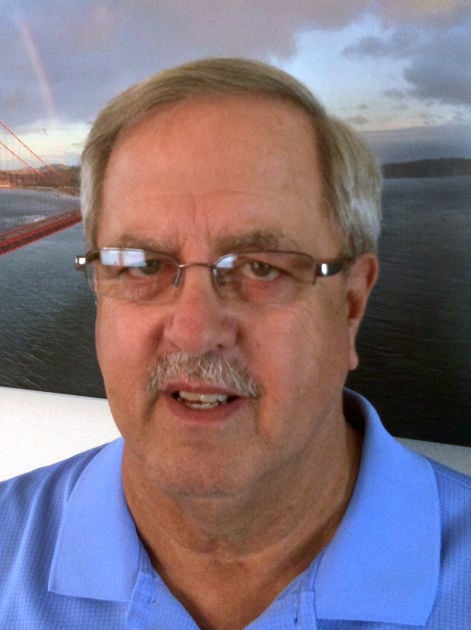