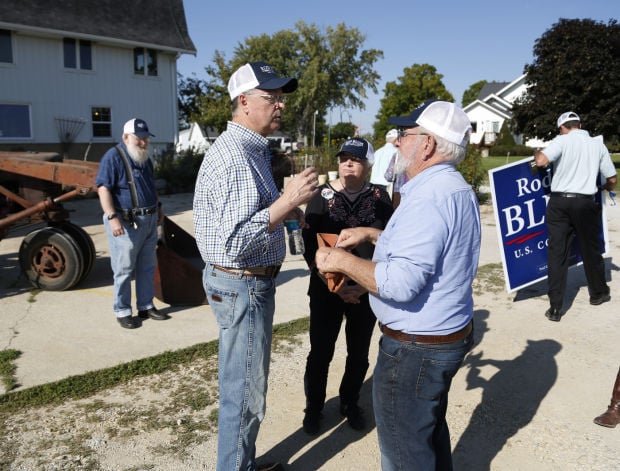 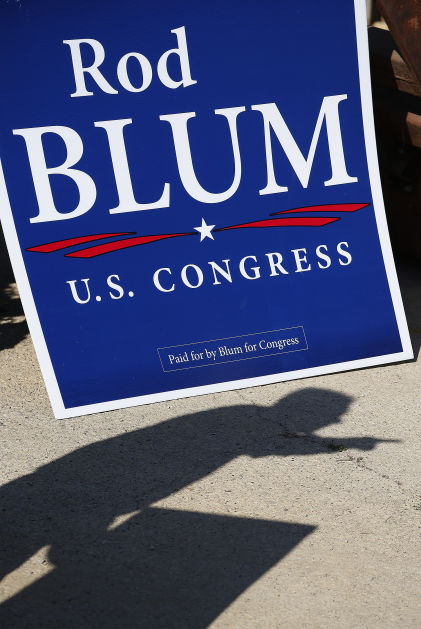 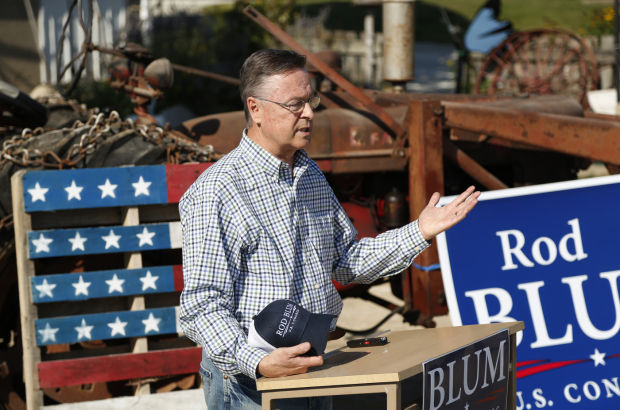 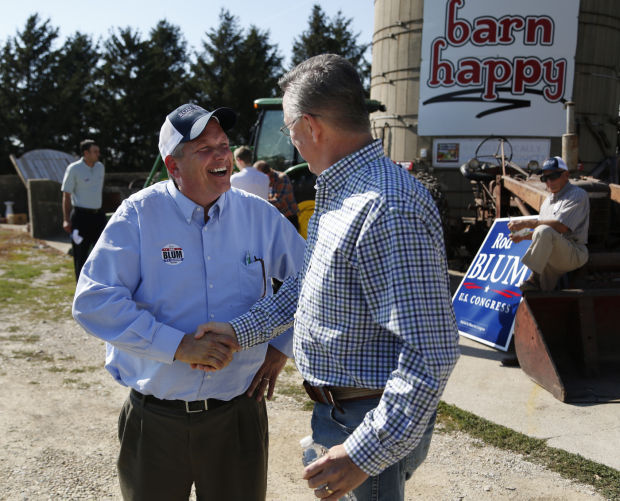 “I have learned a tremendous amount in the last 18 months of traveling the 1st District of Iowa from listening to farmers and what their biggest issues are,” Blum said at an event at Barn Happy in Cedar Falls, where he was endorsed by Iowa Agriculture Secretary Bill Northey, a fellow Republican.

Blum said if he is elected he would propose a five-year moratorium on new EPA regulations and keep Iowa at the forefront in discussions about expanding trade opportunities as the world population grows.

Blum, a Dubuque businessman, wants to keep Iowa farmers’ concerns at the forefront of attention during this election season and beyond. So he formed a 56-member agriculture advisory council representing all 20 counties in the 1st District.

Northey, honorary leader of that council, echoed the priorities that Blum mentioned.

“What’s so important to us is to have folks that listen to agriculture, care about it, and then are going to be active when they get there (to Congress),” Northey said.

The focus on those two particular issues hit the right notes for the about half dozen of the advisory council members who were among the crowd gathered to hear a few words from both the candidates.

“Rod has proven his record on small business, and he’s willing to admit that he doesn’t know it all, so I was willing to participate in this (council),” said Kermit Allard, who is the Black Hawk County representative on Blum’s agriculture council.

Allard, who has farmed in Union Township and rural Butler County for the past 50 years, and his wife Carol said that they also like Blum’s overall message of smaller government and that they align with him on all the issues.

Blum made clear that the agriculture council would continue to serve if he is elected to Congress on Nov. 4. He said he plans to hold meetings, whether in person or on the phone, every 90 days as a council to make sure that he hears the concerns of farmers.

Blum: Holding office is a calling, not a career

CEDAR RAPIDS | Iowa’s incumbent congressmen hold double-digit leads with less than eight weeks before the Nov. 4 election while there are comp…