A Fort Dodge inmate is Iowa’s first state prisoner to die from COVID-19 — fallout from an outbreak at the facility first detected last week.

Ray Allen Vanlengen, 71, was pronounced dead just before 11 p.m. Monday at the University of Iowa Hospitals and Clinics in Iowa City. His death was determined to be likely caused by complications related to COVID-19 and other medical conditions, the Iowa Department of Corrections reported.

Vanlengen had been transported Sunday to UIHC because of the seriousness of his illness. The Johnson County Medical Examiner has conducted a review, but no autopsy will be performed, the Corrections Department reported.

The prison had about 1,000 inmates as of Tuesday’s daily count with 75 in medical segregation.

Statewide, 66 prison inmates and 11 staff have tested positive as of Tuesday. More than 2,700 had been tested.

During a news conference Tuesday in Urbandale Gov. Kim Reynolds confirmed a coronavirus “outbreak” at the Fort Dodge prison and said intensive testing was slated to take place there.

The governor said corrections already had tested about 300 people. She said state public health officials were slated to test another 600 inmates and 100 staff at the facility starting Wednesday.

“It’s just incredibly important for us to get in there, do the testing so that we can understand the scope, do the isolation for those who have been exposed and really take the measures that we need to take to prevent it from spreading throughout the facility,” Reynolds told reporters.

The Corrections Department has been trying to keep COVID-19 out of its nine prison facilities because the highly contagious virus can spread easily in the close quarters where prisoners are held, as the swift increase in Fort Dodge illustrates.

The warden of the Iowa Medical and Classification Center abruptly retired in May after the state Corrections Department director launched an investigation of an outbreak at the facility in Coralville.

Vanlengen had been serving a 100-year maximum sentence for four convictions of second-degree sex abuse from Black Hawk County. His sentence began on December 1, 1995, and his tentative discharge date would have been Jan. 17, 2039. 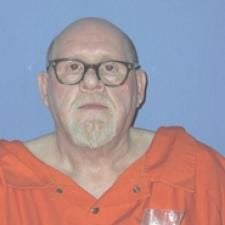