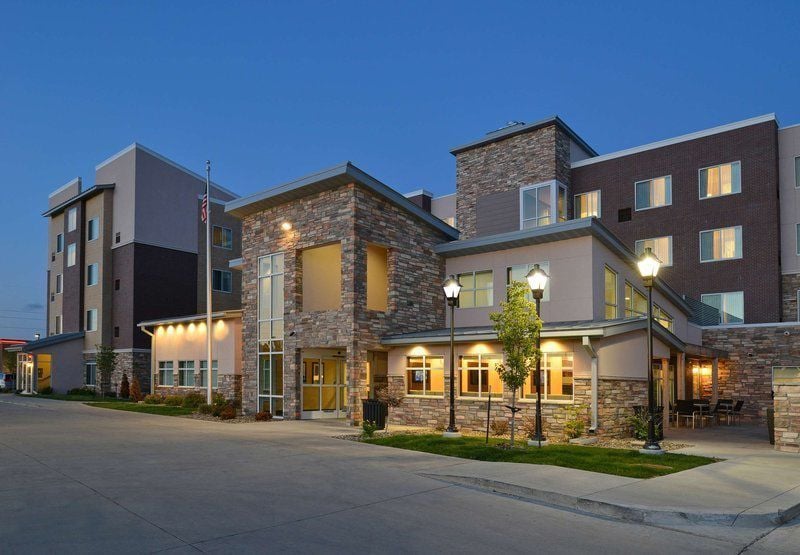 This is the Residence Inn in Coralville. A similar hotel is planned for Cedar Falls.

CEDAR FALLS — The company that built a new hotel downtown is proposing another one, this time on the Iowa Highway 58 corridor.

Hawkeye Hotels’ site plan for a five-story 119-room Residence Inn was approved Wednesday by the Cedar Falls Planning and Zoning Commission. It is expected to come before the City Council March 2.

The proposed hotel would be 21,530 square feet and sit on 2.65 acres in the Cedar Falls Industrial Park at 7200 Nordic Drive, just west of Highway 58. Hawkeye Hotels, a Coralville company, opened the 130-room Hampton Inn downtown at West First and Main streets in August.

“This is more of an extended stay hotel within the Marriott family,” Om Patel, director of development for the company, told the commission. “It’s more catered towards the three to five business day corporate traveler compared to the Hampton Inn,” which averages one- to two-night stays for business travelers. “It has full suites, so it’s all kitchenette units.”

Jaydevsinh Atodaria, a planner with the city, noted that the proposal meets all standards and requirements laid out in the zoning ordinance.

“There is no height restriction in this overlay district,” he said. “The surrounding properties are about three to four stories high, but they generally sit on the higher ground than this one. So, basically, if you look at the proportion it’s going to be almost the same.”

Its height will be minimized by a flat roof, but additional flourishes at the ends of the building and over the entryway will provide a contrast to neighbors, including two hotels.

“This hotel features a unique roofing style that is single slope,” explained Atodaria. “It is going to give a more contemporary look where the architecture is concerned.”

Surrounding buildings have pitched or flat roofs. “So, it’s a nice blend between the two,” he said.

“I think it’s a great project,” said commission member Rochelle Adkins, before making a motion to approve the plans. “It’s a perfect location for an extended stay hotel.”

Celebrity cookers will be preparing omelets.

This is the Residence Inn in Coralville. A similar hotel is planned for Cedar Falls.