Economists see real pain from panemic, but recovery starting before end of 2020
0 comments
Share this
{{featured_button_text}}
1 of 2 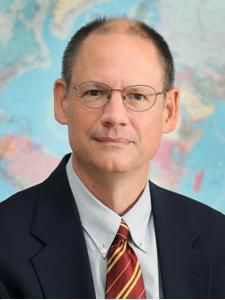 JOHNSTON — The coronavirus pandemic will cause short-term pain for the Iowa economy — more in some sectors than others — followed by recovery beginning later this year, a pair of economists predicted Friday.

The disruption caused by the coronavirus is an “economic blip that’s not related to economic fundamentals,” Orazem said. “It’s related to other issues.”

Last month, he noted, the U.S. economy added a substantial number of jobs and unemployment was historically low.

“That will change, but the only question is how long is it going to be before we can gain our economic momentum,” Orazem said.

Goss predicted the recovery will begin by the third quarter — October through December.

Their predictions were based, in part, on proposals for robust federal programs, including plans to mail $1,200 checks to many Americans and bailing out some industries.

That will help, but small businesses and their employees are likely to feel the most impact “because they simply don’t have the reserves and they have costs they have to expend (and) they’re going to lay off employees,” Orazem said.

“I think doing some sort of government transfer payment program to try to help out the population is a very good idea,” Orazem added.

A $1 trillion infusion into the economy would equal 5% of American production — about 18 days, he said.

His concern is that the help gets to those sectors of the economy most in need rather than bailing out the airline industry because it has relatively fewer companies to deal with.

“There are going to be sectors of the economy where you can pretty much do what you’ve been doing from home, and you’re not going to suffer economically,” Orazem said. “If you’re in one of the service sector jobs where the firm was shut down and it was completely unexpected, those people are going to be in serious trouble.”

The $1,200 checks won’t be a silver bullet, Goss warned. After the 2008-09 recession, people banked the checks they received from the federal government rather than spend the money.

“We’re all hunkered down and when you get the check, where do you spend it?” he said.

Orazem noted that Walmart has announced it wants to hire 150,000 people.

“There’s going to be a transfer of some demand away from what had been the hospitality industry ... to other sources of food,” he said. Grocery stores and retailers, such as Amazon, that deliver goods, are “likely to benefit tremendously from this.”

Goss, who referred to COVID-19 as an “interruption” in the economy, predicted that in some cases the disruption will be positive.

Government may become more streamlined as a result of people working remotely. Universities, many of which will not be offering face-to-face instruction for the rest of the school year, will continue to offer online courses after the COVID-19 concern passes and, as a result, will become more cost-effective.

“K-12, particularly for rural areas, we’re going to have to move in that direction. So there are some real positive outcomes to be had,” Goss added.

“Iowa Press” airs at noon Sunday on Iowa PBS. It is online at iowapbs.org/iowapress.

Ernst joined 95 other senators who on Wednesday night approved the aid package that could result in direct payments to Americans within weeks and provide assistance to fight the COVID-19 pandemic.