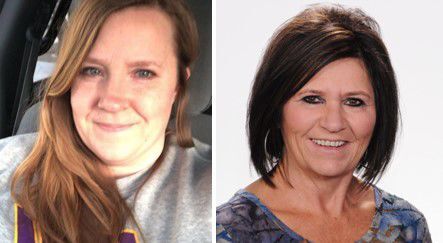 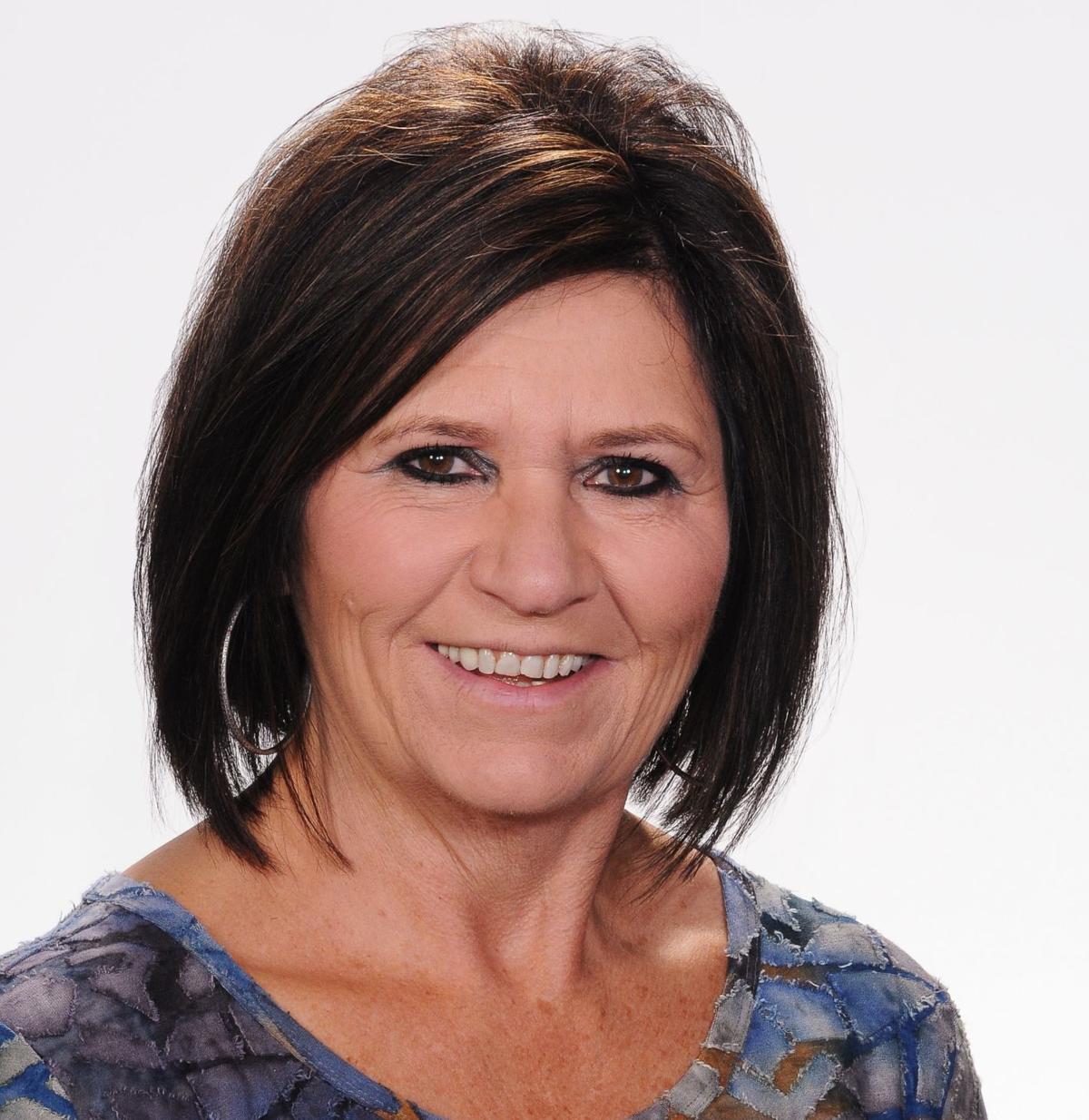 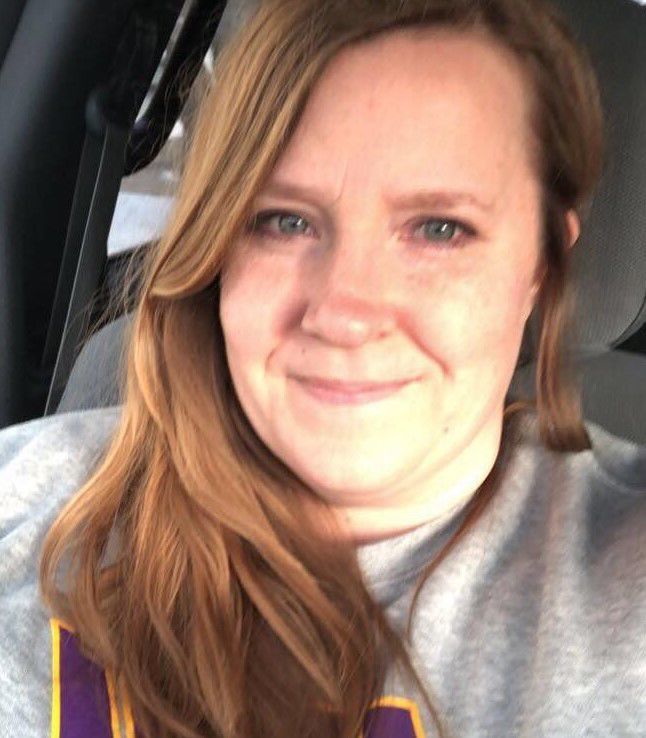 CEDAR FALLS — A candidate who described herself as “the underdog” in the race for an at-large seat on the City Council has come out on top in Tuesday’s runoff election.

Kelly Dunn received 3,087 votes, or 55.2%, according to unofficial results from the Black Hawk County election office. LeaAnn Saul had 2,494 votes, or 44.6%. There were also 11 write-in votes for the election, which drew 18.8% of registered Cedar Falls voters.

“I knew the whole time I was the underdog,” said Dunn, in the race that started with five candidates. “I still considered myself the underdog after the July 7 race.”

Saul captured the top spot in that special election — but did not receive a majority of votes, leading to the runoff. Dunn, a 42-year-old licensed practical nurse, came in second.

“No matter what, I said (Tuesday) morning, I’m going to be proud of what we’ve done,” said Dunn. “I feel like we ran a good campaign, and I feel like we’ve been kind.”

She noted it’s been five months since her nominating petition signatures were turned in. “This has been a whirlwind,” she said of campaigning for the seat. “For about 5-1/2 months, this has been my life.

“I just look forward to serving the people of Cedar Falls,” Dunn added. “I’m very excited and I thank them all for their support and getting out and voting.”

“Congratulations to Kelly on a great race,” said Saul. “Cedar Falls has decided on what kind of a council person they want.”

Any eligible Cedar Falls residents could vote Tuesday at five centers around the city. Dunn garnered the most votes at three of them, for a total of 1,335 to 1,078 for Saul. Dunn also had the advantage on absentee ballots, with 1,752 to 1,416 for Saul.

There were a total of 3,360 absentee ballots requested, with 179 not returned as of Monday. Any others that arrive by a Thursday noon deadline ahead of the election canvass later in the day won’t change the election’s outcome.

Dunn’s partially-finished term will be up for another election in 16 months.

It’s been a long, drawn-out effort to fill the seat vacated by Rob Green when he stepped down in January to become mayor. Council members decided in split votes to appoint someone to the position rather than set a special election, choosing former colleague Nick Taiber from a list of applicants later in January.

Before the month was over, citizens submitted a petition exceeding 100 pages calling for a special election. They only needed to turn in 1,000 signatures for the vote to be held. Originally set for March 24, the election was delayed due to coronavirus precautions and then had to be pushed back to avoid a conflict with June’s primary vote.

Concern over Cedar Falls’ public safety officer program drove the special election effort. The city had been replacing firefighters with PSOs, who are cross-trained to serve in either police or firefighter roles. A council majority voted during February to fully implement the program in the fire division, leading to the termination of the remaining eight non-supervisory firefighters.

Dunn distinguished herself in the race by supporting PSOs. Other candidates wanted to either do away with the program, restoring separate police and fire departments, or advocated various changes short of its full embrace. Taiber chose not to seek election to the seat.

“I don’t know it was anything I necessarily did,” said Dunn, to get the edge over Saul in the runoff election. She referenced Facebook posts Saul allegedly shared focusing on national political and social issues. The Courier published a story asking Saul about several posts after becoming aware of screenshots of the items, which had been passed around on social media.

Dunn said she will “stand against hate and discrimination” on the council and be supportive of environmental issues. “I feel like the priority is just obviously continuing the good things Cedar Falls does.”

She insists that attitude won’t stop her from staking out positions on some issues before the council. “People like to call me the ‘rubber stamper,’ that’s not true,” she said. But Dunn does expect a period where she’ll be learning — “a good quality for anyone who’s in a new job.”

LeaAnn Saul and Kelly Dunn are competing for an at-large seat on the Cedar Falls City Council in the Aug. 4, 2020, election. Here's a look at stories The Courier has done on the race.

After witnessing what she called a “crazy” vote on public safety officers, LeaAnn Saul announced Friday afternoon she was officially running f…

A health care professional running for an at-large City Council seat wants to mend the rift that has emerged in the community.

LeaAnn Saul and Kelly Dunn are heading to an Aug. 4 runoff election after coming out on top Tuesday in a five-candidate field for an at-large …

LeaAnn Saul is making amends for some mistakes on a campaign mailing she recently sent out.

Candidates LeaAnn Saul and Kelly Dunn, who are competing for an at-large seat on the Cedar Falls City Council, weighed in on recent issues tha…

Candidates LeaAnn Saul and Kelly Dunn, competing for a seat on the City Council, weighed in on some recent issues and talked about others they'll get to vote on if elected Tuesday.

Candidates seeking an at-large Cedar Falls City Council seat were questioned Monday during a forum on a host of topics from COVID-19 to climate change and even taking a knee.

LeaAnn Saul is defending her right to hold opinions that others may not agree with and which she contends have nothing to do with her Cedar Falls City Council candidacy.

LeaAnn Saul is making amends for some mistakes on a campaign mailing she recently sent out, including the lack of an attribution statement and use of a regular non-profit stamp.

LeaAnn Saul and Kelly Dunn are heading to an Aug. 4 runoff election after coming out on top Tuesday in a five-candidate field for an at-large seat on the City Council.

Cedar Falls firefighters Saturday poured at least 300,000 gallons of water over 10 hours on a large compost facility fire after containing it earlier in the week.