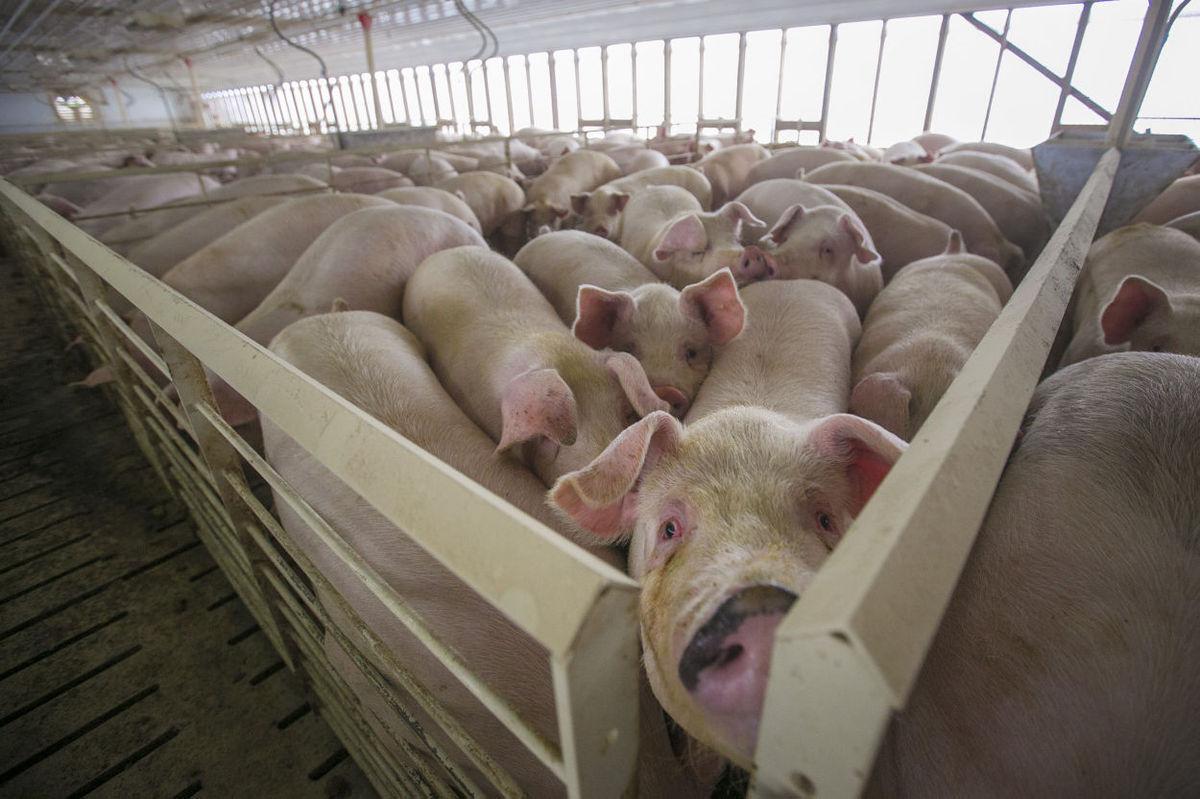 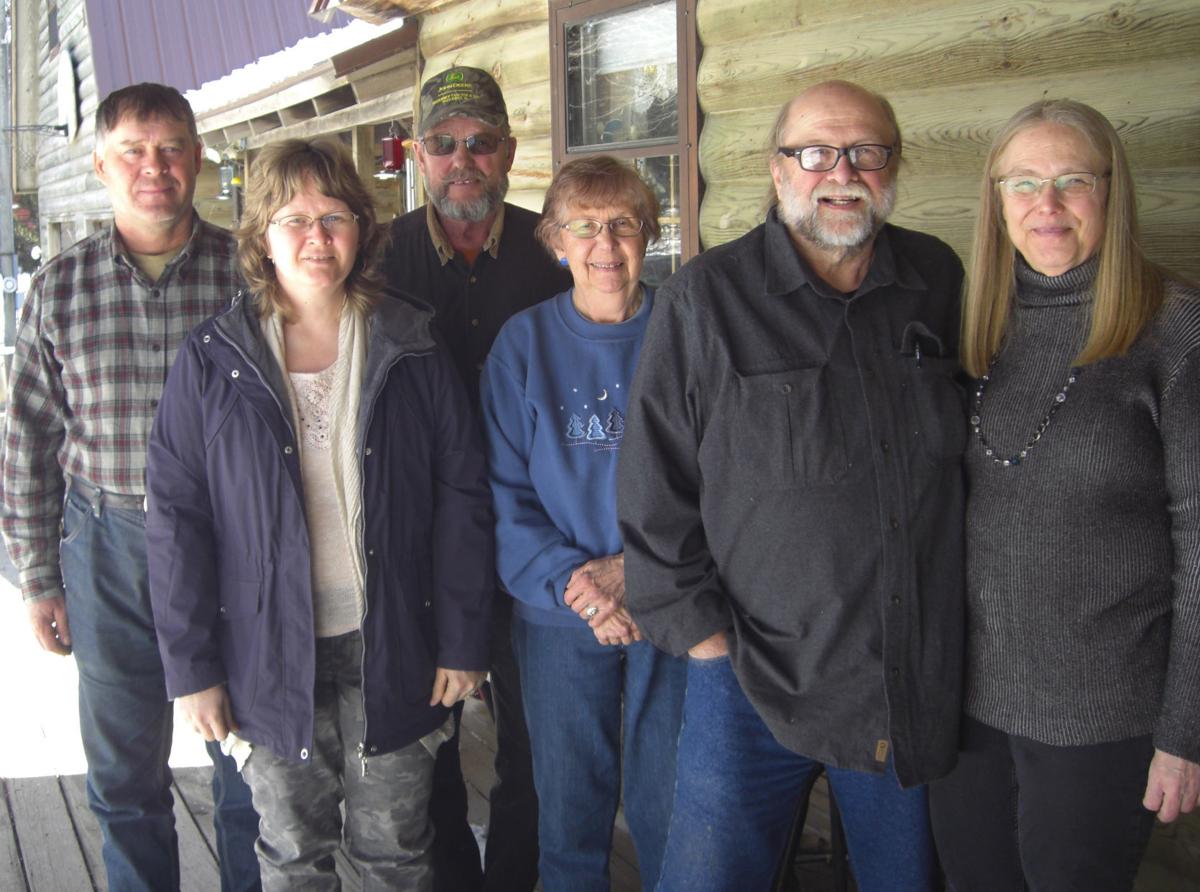 These neighbors have formed a covenant to stop hog confinement facilities from their area. They are from left, Bill and Rose Goetch, Russ Stevenson, Rita Jones, and Jerry and Sue George.

Second in a series of stories on the issue of concentrated animal feeding operations in Iowa.

WATERLOO — As the number of concentrated animal feeding operations in Iowa explodes, a rising tide of voices is calling for increased local control.

The Department of Natural Resources says there are roughly 13,000 CAFOs in Iowa, and the number continues to grow. Public News Service reports that’s an increase from 722 in 2001.

“It’s time for the Legislature to loosen the tight rein that they have on local governments making decisions that are based on local situations,” said Sen. David Johnson, I-Ocheyedan.

Johnson, who is not seeking re-election in November, is one of the 12 legislators who in 2002 created Iowa’s master matrix, a scoring system used to evaluate the siting of CAFOs.

It is supposed to protect neighbors and the environment, but critics say it effectively robs county supervisors of jurisdiction over CAFO sitings and ties the hands of the Iowa Department of Natural Resources as well.

Critics note more than 97 percent of proposed facilities are approved, often over objections of neighbors and counties voicing environmental concerns.

Johnson and like-minded legislators initiated 14 bills last session to halt the expansion of CAFOs, including a moratorium on any new construction of hog confinements until the Legislature addresses complaints from residents living near CAFOs.

But the bills went nowhere in the Republican-controlled Statehouse. Lawmakers in 2017 did approve a nuisance lawsuit protection bill for CAFO owners that limits monetary damages and lawsuits to one per lifetime. The bill was pushed by the livestock industry as protection against Iowans forced to resort to litigation because they can no longer enjoy their own property.

“We’ve got a major expansion,” Johnson said. “It’s hard to put a measure on it, but there’s no question we’re enduring an expansion of facilities in Iowa. At the same time our regulatory structure is being reduced to a shadow of its former self — we’re way down on inspectors at the Department of Natural Resources, budgets continue to be cut,” including the termination of the livestock coordinator at the DNR.

An article in the July 22 Courier detailed how Jerry and Sue George of Lime Springs are fighting back against proliferating CAFOs in Howard County. They joined a covenant of 43 families who refuse to allow manure to be spread on their land.

Johnson is sympathetic to their complaints.

“The last couple of years, I’ve walked thousands of miles around Iowa responding to concerns from people like the Georges, and it really dates back to that northeastern part of the state,” he said.

Many counties he traveled to are “saturated” with CAFOs, and the smell — and the toxic fumes that produce it — is not something he would want to live around.

“It isn’t just with the application of the manure, but even when the wind is down,” he said.

“I’m not against agriculture; I worked on a dairy farm for 15 years,” he said.

DECORAH — The western half of the state is inundated with manure, so more livestock confinem…

One of the bills Johnson pushed would give county supervisors a say if there is a potential threat to a municipal water supply. Some bills called for tailored restrictions, while others were more broad, calling for moratoriums in situations Johnson says the law doesn’t currently address — for instance making off-limits some areas that historically have not produced hogs for a long time.

Johnson said Iowa is running out of room.

“Corporations are changing the landscape of what it means to be a farmer in Iowa,” he said.

Johnson also has traveled to North Carolina, which is experiencing similar problems as Iowa with CAFOs. The No. 2 pork producing state in the U.S saw a three-fold increase of hogs in just one decade — from 2.8 million in 1990 to 9.3 million in 2000, where it has since remained steady, according to an article from The Guardian.

The CAFOs are concentrated in only a handful of counties.

A group of more than 500 neighbors in Bladen County, N.C., filed more than 26 federal nuisance lawsuits. Instead of suing the farms’ owners, the plaintiffs’ attorneys aimed instead at the hog-production division of Virginia-based Smithfield Foods, a Chinese-owned company.

Neighbors complained for decades about the smell, flies and chemical spraying. They said spraying sends the smells and manure into the air, and it drifts into their homes and sometimes coats outdoor surfaces on their properties.

North Carolina lawmakers have since acted to make filing such lawsuits more difficult. And legal action may be impossible in Iowa, where the Legislature passed a bill that “pretty much takes away any person’s right to sue a livestock producer over a nuisance,” Johnson said.

Johnson hopes his confederates in the Legislature continue his fight for increased local control of CAFOs. He says Iowans have a tremendous responsibility to be good stewards of the land.

“We’ve got to be awfully protective of the natural resources we have, and the soil is probably at the top of that list,” he said, noting soil is eroding at a great rate. “Experts in the field believe we may only have a few decade left unless we take a different view of our soil, and don’t try to squeeze every dollar out of it. We actually have to rebuild our soil infrastructure.”

Karst topography is a landscape created by groundwater dissolving sedimentary rock such as limestone.

This creates land forms such as shafts, tunnels, caves, and sinkholes. Groundwater seeps into and through these land forms. The result is a scenic landscape which is beautiful but fragile, and vulnerable to erosion and pollution.

MARBLE ROCK — This is likely the last year Bill Vorhes will be farming.

Another in our series of stories on animal feeding operations in Iowa.

WATERLOO — Black Hawk has joined a growing list of counties and environmental groups calling for a moratorium on new “factory” livestock farms.

These neighbors have formed a covenant to stop hog confinement facilities from their area. They are from left, Bill and Rose Goetch, Russ Stevenson, Rita Jones, and Jerry and Sue George. 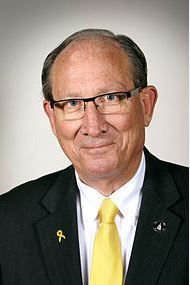