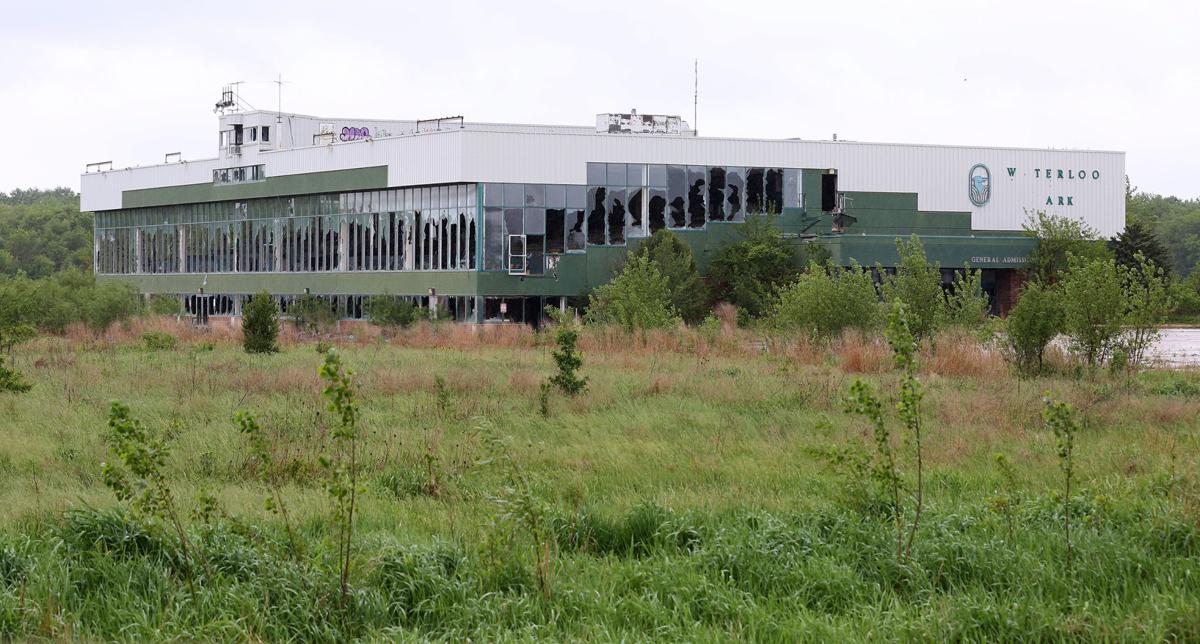 The former Waterloo Greyhound Park is decaying as its fate sits in the hands of the court system. 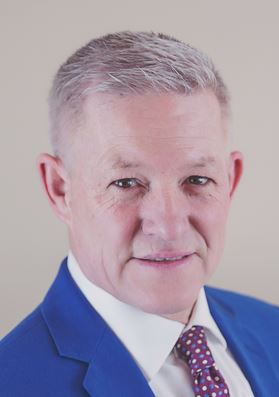 WATERLOO — The dilapidated Waterloo Greyhound Park will be torn down under a three-party agreement announced today.

The National Cattle Congress, Meskwaki Nation and Deer Creek Development said demolition of the long vacant eyesore near the intersection of U.S. Highways 20 and 63 is expected to start by the end of May.

Deer Creek, a local company headed by developer Harold Youngblut, helped mediate the deal, which frees the dog track property for new development and allows the NCC to retain ownership of its fairgrounds and Electric Park Ballroom.

“To finalize this agreement, the Meskwaki Tribal Council more than met the NCC halfway,” said Youngblut, whose son and company attorney Michael Youngblut assisted in the negotiations.

“Meskwaki and NCC were most gracious in their dealings with Deer Creek Development, and enough cannot be said about all parties coming together to bring this agreement to fruition,” Harold Youngblut added. “Everyone needed to be flexible, make concessions and work with one another to accomplish this deal.”

All three parties agreed not to discuss details of the agreement closed April 25 beyond those announced in today’s news release.

Woodlands Construction Inc., a tribally charted corporation owned by the tribe, will demolish the track, which is currently owned by the NCC but has been vacant since live racing and simulcating ceased more than 20 years ago.

Deer Creek, which has been developing 122 acres of land around the track, will acquire the 64-acre dog track site and market it for additional development.

The deal also resolves a dispute between the NCC and tribe, which had started foreclosure proceedings on all of the NCC’s property after claiming it was owed nearly $14 million from a line of credit the tribe extended to the NCC during its 1995 bankruptcy reorganization.

A district court judge last year had ruled in favor of the tribe’s right to foreclose. The NCC had appealed the decision to the Iowa Supreme Court but recently dropped the appeal.

NCC board president Wally Mochal thanked the tribal council and Deer Creek for finding a resolution.

“It will be fantastic to have beautiful new development under way along busy Highways 20 and 63,” Mochal said. “And we could not be more thankful for our continued ability to maintain ownership of the historic Electric Park Ballroom and our fairgrounds, plus be able to operate the fair for years to come.”

The parties did not release information about what the Meskwaki Nation, also known as the Sac and Fox Tribe of the Mississippi in Iowa, is getting out of the settlement.

But tribal chairman Anthony Waseskuk said the agreement is a win for all involved parties and the public.

“The Cattle Congress will continue to provide entertainment to the residents of Black Hawk County; the city of Waterloo will finally see the eyesore known as the Waterloo Greyhound Park demolished; and the tribe will receive a fair settlement under the original agreement with the Cattle Congress,” Waseskuk said in a news release.

“The tribe values traditions, and the annual Cattle Congress Fair has been a tradition in Black Hawk County for generations much like our annual Pow-Wow held in August every year,” he added.

Mayor Quentin Hart also weighed in with his appreciation.

“Tearing down the greyhound park will be a catalyst to revitalize the southern entrance to Waterloo,” Hart said in a news release. “And as the Greenbelt Centre continues to expand, it will bring new businesses and jobs to the city and increase our tax base. … This will benefit all our residents.”

Deer Creek Development has been developing the Greenbelt Centre business park around the track since 2005. It is home to Mauer Eye Center, Love’s Travel Center, Hawkeye Stages and other professional offices.

Youngblut said prospects for the former dog track property have not been determined but could include anything from “restaurants and retail to a hotel and a convention center.”

The nonprofit NCC opened the Waterloo Greyhound Park in 1986 as a way to bolster revenues for its fairgrounds and annual exposition. But the facility began bleeding red ink as casinos and addition gaming operations opened around the state.

Black Hawk County voters in 1994 narrowly rejected two referendums to allow slot machines to be installed at the track. All gaming activities at the facility ceased July 13, 1996.

Cheers go up as Waterloo Greyhound Park goes down (PHOTOS)

WATERLOO — It’s been nearly 33 years since the governor joined a crowd of city leaders to celebrate a groundbreaking for Waterloo Greyhound Park.

WATERLOO — A local developer and city officials are working to secure the demolition of the former Waterloo Greyhound Park.

WATERLOO — The former Waterloo Greyhound Park may be the quintessential code enforcement violation.

Developer works to get former dog track out of flood plain

A Republican has officially filed papers to challenge the Democratic incumbent for Iowa Senate's District 30.

The former Waterloo Greyhound Park is decaying as its fate sits in the hands of the court system. 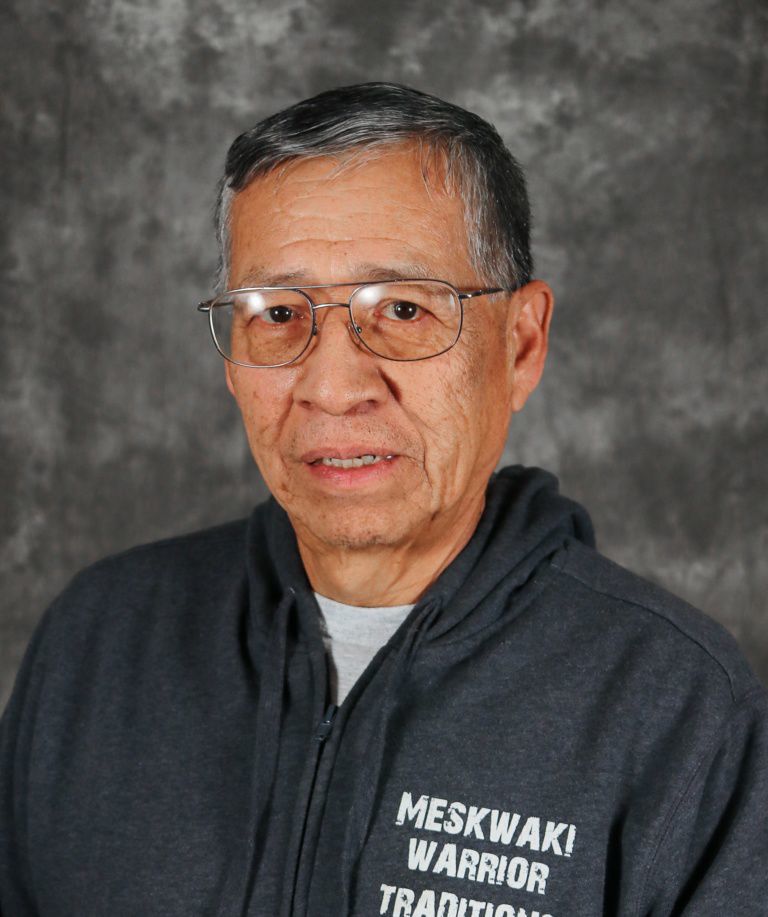