Stephanie Silva, left, of Iowa City, has her temperature taken by Lynn Rhinehart at a coronavirus screening checkpoint outside the University of Iowa Hospitals and Clinics in Iowa City on March 13. 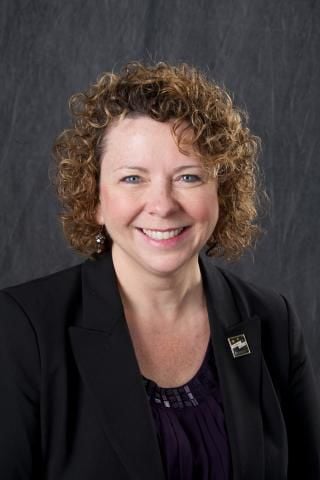 DES MOINES — The coronavirus seems to be punching above its weight in Iowa.

As of Friday, there were 18 confirmed cases of the virus among the state’s population of 3.1 million.

Yet the threat the virus will has caused significant upheaval in the lives of Iowans.

Public events have been canceled from river to river, colleges are moving to online-only instruction, sporting events are scrapped and political events are being scrubbed.

“People should not be fearful or panicked, but they should respect this virus. It has the capability of harming people significantly. So we need to respect and do all the things that we would normally do for the influenza season,” said Dr. Theresa Brennan, the chief medical officer for University of Iowa Hospitals and Clinics.

The coronavirus, or COVID-19, feels similar to the flu to most patients, but can have dire health consequences for the elderly or those with serious health conditions like lung or heart disease or diabetes.

Of Iowa’s 18 cases of the virus, 17 are travel-related and 15 can be directly traced to an Egyptian cruise.

The most recent case, announced Saturday night by the state, is the first that is a result of community spread. In other words, unlike the previous cases, state public health officials cannot determine how the person contracted the virus.

And while there are few confirmed cases, preventative measures are being taken in an effort to slow the virus’ spread.

St. Patrick’s Day parades in Davenport and Cedar Rapids have been canceled.

“I know this is disappointing … but I am sure you can appreciate that this decision is made for the health of all involved: parade participants and spectators,” Joe Dooley, president of the St. Patrick Society of the Quad-Cities, said in a statement.

The NCAA Division II national women’s basketball tournament, which was being held in Sioux City, was canceled in the middle of the second day of games. The 32-team tournament had been scheduled to run through Tuesday.

Public education is in flux across Iowa.

Most colleges, including all three public universities, have shifted to online instruction in order to avoid gathering students in classrooms.

The state has not yet canceled K-12 schools as have some states, although the state’s largest district reached the decision on its own.

The Des Moines Public School District announced this week it would remain closed through the end of the month. And the Mason City district announced Friday it will extend its spring break until at least March 23.

Some school districts, like in Sioux City and Waterloo, are canceling all extracurricular activities for the time being.

Some political parties and candidates are altering their schedules.

Those conventions bring hundreds of Iowans together.

“After extensive consultation with County Chairs, the State Central Committee, party leaders, and public health officials, we have come to the determination that the spreading coronavirus poses a risk that outweighs a temporary delay in moving the caucus-to-convention process forward,” interim Democratic Party state chairman Mark Smith said in a news release. “This is not an easy decision, but we believe it is the right decision.”

Republican Party leaders, both in the state party and at the Statehouse, said they are leaning on the advice of the state public health department — which, as of Friday, was not recommending large gatherings be cancelled.

The Legislature remains in session, despite the Iowa Capitol hosting hundreds and sometimes thousands of visitors each day.

“Until the folks in the Department of Public Health, and health professionals in consultation with the governor’s office, give that recommendation to the Legislature (to cease normal operations), we’re going to continue to operate as business as usual,” said House Speaker Pat Grassley, R-New Hartford.

Gov. Kim Reynolds said Saturday she plans on Sunday to discuss the legislative session with leaders.

The elder Grassley has canceled town hall events. He would have been forced to cancel anyway because Senate leadership cancelled a planned recess in order to remain in Washington, D.C., to address issues related to the coronavirus.

Grassley’s town halls often feature dozens of Iowans crammed into small spaces and one-on-one interactions with Grassley. Grassley is 86 years old, placing him at a heightened threat of experiencing more severe health issues were he to contract the coronavirus.

Political candidates similarly face the decision of whether to continue to hold events.

And an upcoming visit by U.S. Secretary of State Mike Pompeo has been cancelled. Pompeo had been scheduled to address the Christian conservative group The Family Leader March 21 in Des Moines.

Organizer Bob Vander Plaats said he hopes Pompeo will be able to return to Iowa at another time to speak to the group.

Wagering goes from $372 million to zero

USHL commissioner: 'There's no playbook on this'

All hockey-related activities, including practices, workouts and meetings have been suspended by the USHL until further notice, and the majority of the league’s players have been sent home.

Reynolds said she was making her recommendation in consultation with the health officials based on federal guidelines.

Stephanie Silva, left, of Iowa City, has her temperature taken by Lynn Rhinehart at a coronavirus screening checkpoint outside the University of Iowa Hospitals and Clinics in Iowa City on March 13.