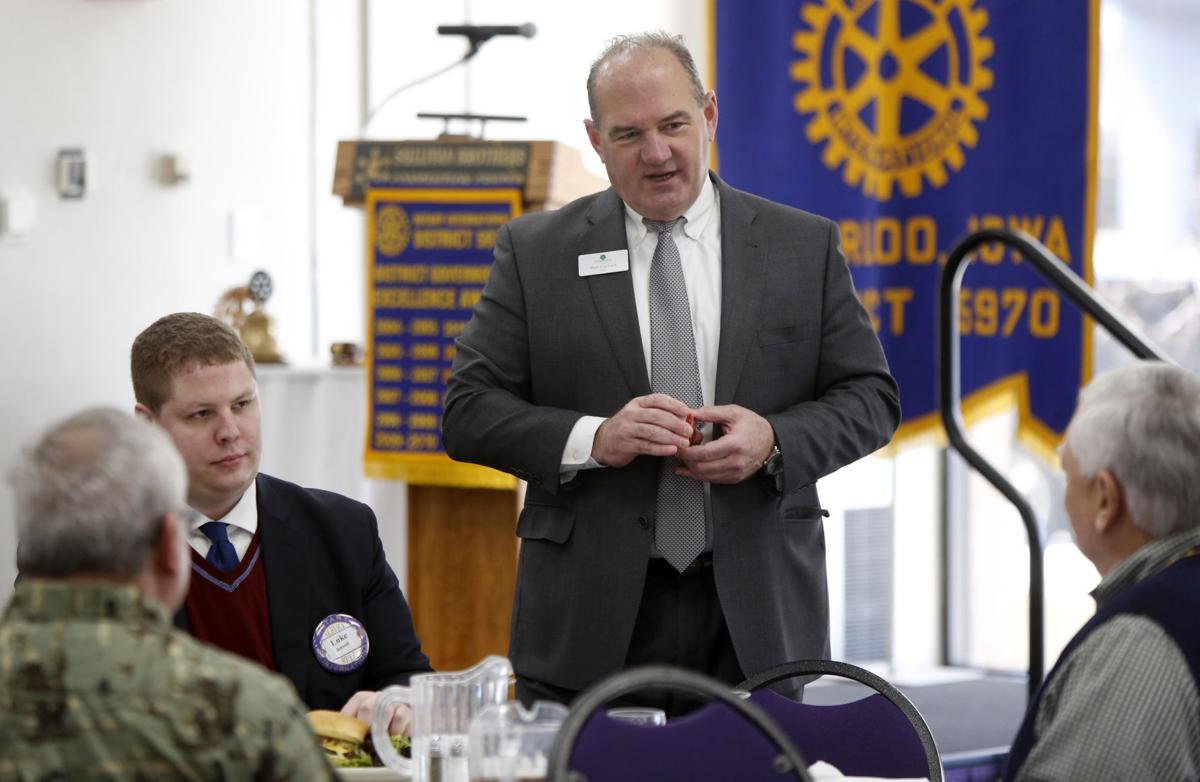 Cedar Rapids Mayor Ron Corbett speaks to a table during lunch at the Waterloo Rotary Club meeting Monday in Waterloo. 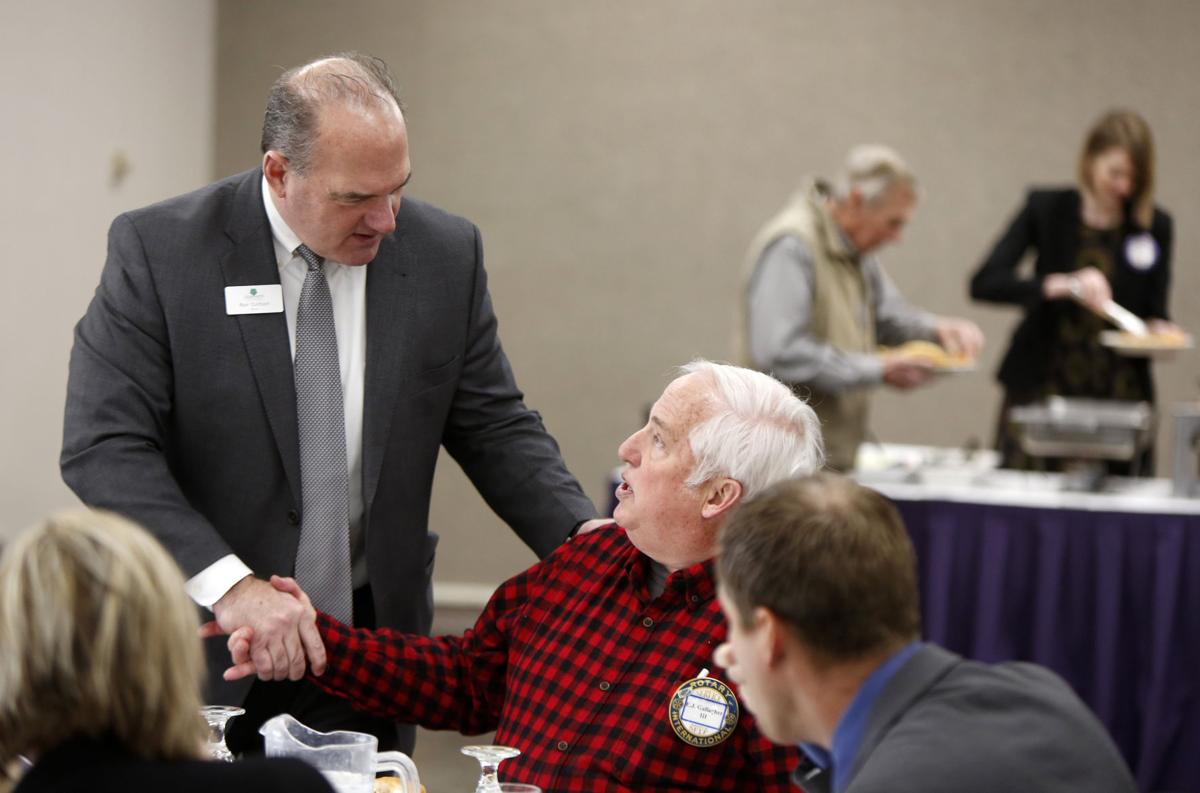 WATERLOO — Ron Corbett has been thinking a lot more about state policy lately.

As founder of Engage Iowa, he is putting together proposals on the state’s “three Es” — economy, education and environment. His years of experience as a state lawmaker and mayor of Cedar Rapids give him a unique perspective.

He compared the process to a horse on a carousel: mesmerizing on its first go-round but less so as time goes on.

“That’s the challenge sometimes with public policymakers is they’ve seen the issue come around so many times. So if you have the same person looking at the same issue, you’re probably going to get the same solution,” Corbett told the Waterloo downtown Rotary on Monday.

That’s one reason he’s not seeking another term as mayor. He’s speaking to the grassroots about Iowa’s future.

“Now, the public is dealing with the ramifications of that decision. It only makes me stop and wonder had a little more time been spent reaching out to the health care providers, the recipients of Medicaid, and done a grassroots decision, maybe that the process may have been improved,” Corbett said.

Most questions focused on Engage Iowa’s proposal to raise the sales tax by one cent. Three-eighths of a cent would go to the voter-approved Natural Resources and Outdoor Recreation Trust Fund. The remaining five-eighths would reform the state income tax.

While some in the audience balked at the idea of raising the sales tax, Corbett said he hasn’t heard of many Iowans moving to Florida to get a better tax rate on refrigerators but has heard of them moving to reduce their income taxes.

Corbett said the proposal, put together by Dermot Hayes, a professor of economics and finance at Iowa State University, would spur growth.

“We’re seeing it today as we watch what’s happening in the Legislature. A 1.1 percent allowable growth for schools; cuts to the University of Iowa, Iowa State and UNI; cuts to your community college; court system closing down for one or two days. See, these are symptoms of a slow-growth state,” Corbett said.

E.J. Gallagher III asked Corbett if he plans to run for governor. Corbett acknowledged he may, but said whatever his future it is separate from his work with Engage Iowa.

He wants to see how Lt. Gov. Kim Reynolds handles the transition to governor before making a decision.

Branstad has been selected by Republican President Donald Trump to be ambassador to China. He is expected to be confirmed, and Reynolds will replace him at Terrace Hill.

WATERLOO | In 1997, then-Speaker of the House Ron Corbett was eager for data that could offer some insight into whether Iowa should cut its in…

Ron Corbett tests his message around the state

WINTERSET — When not presiding over City Council meetings or cutting ribbons at business openings, Cedar Rapids Mayor Ron Corbett for the past…

Last in a series of stories looking at issues facing the 2017 Iowa Legislature.

Cedar Rapids Mayor Ron Corbett speaks to a table during lunch at the Waterloo Rotary Club meeting Monday in Waterloo.