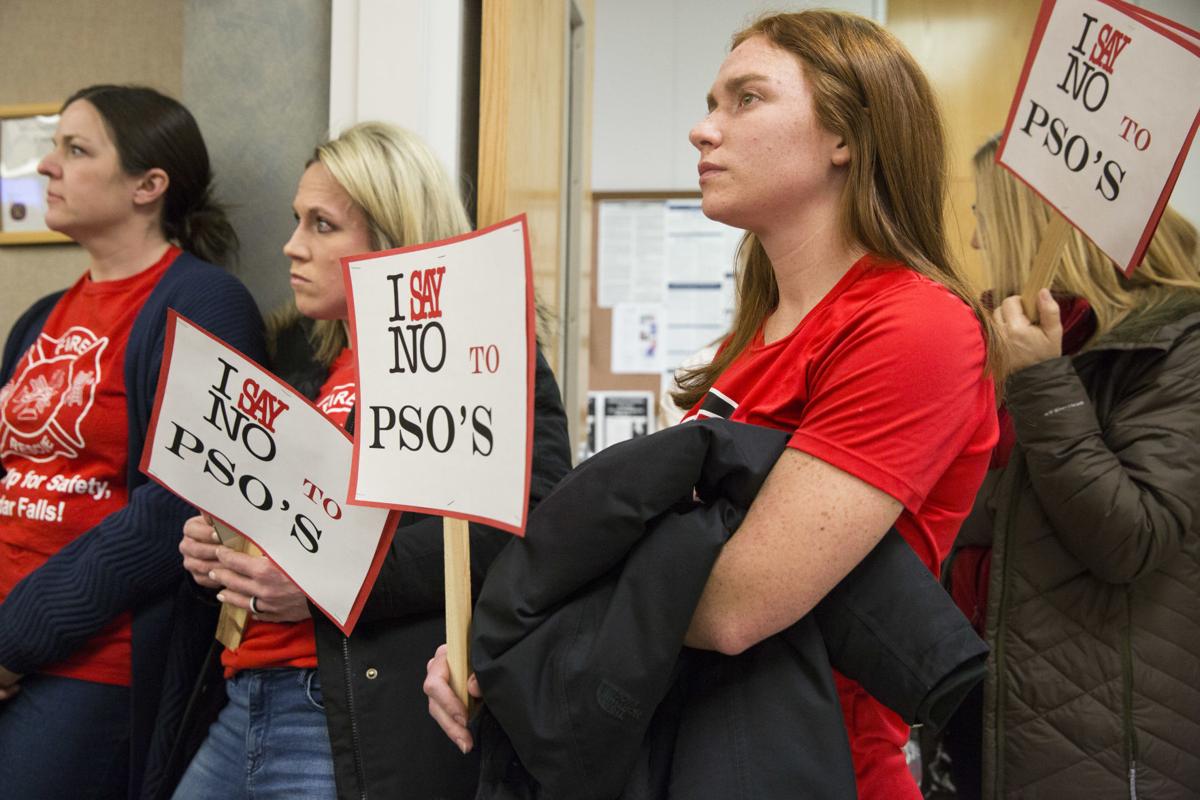 Community members hold up "I Say No To PSO'S" signs while attending a special meeting Thursday at Cedar Falls City Hall to consider fully implementing the public safety office model. 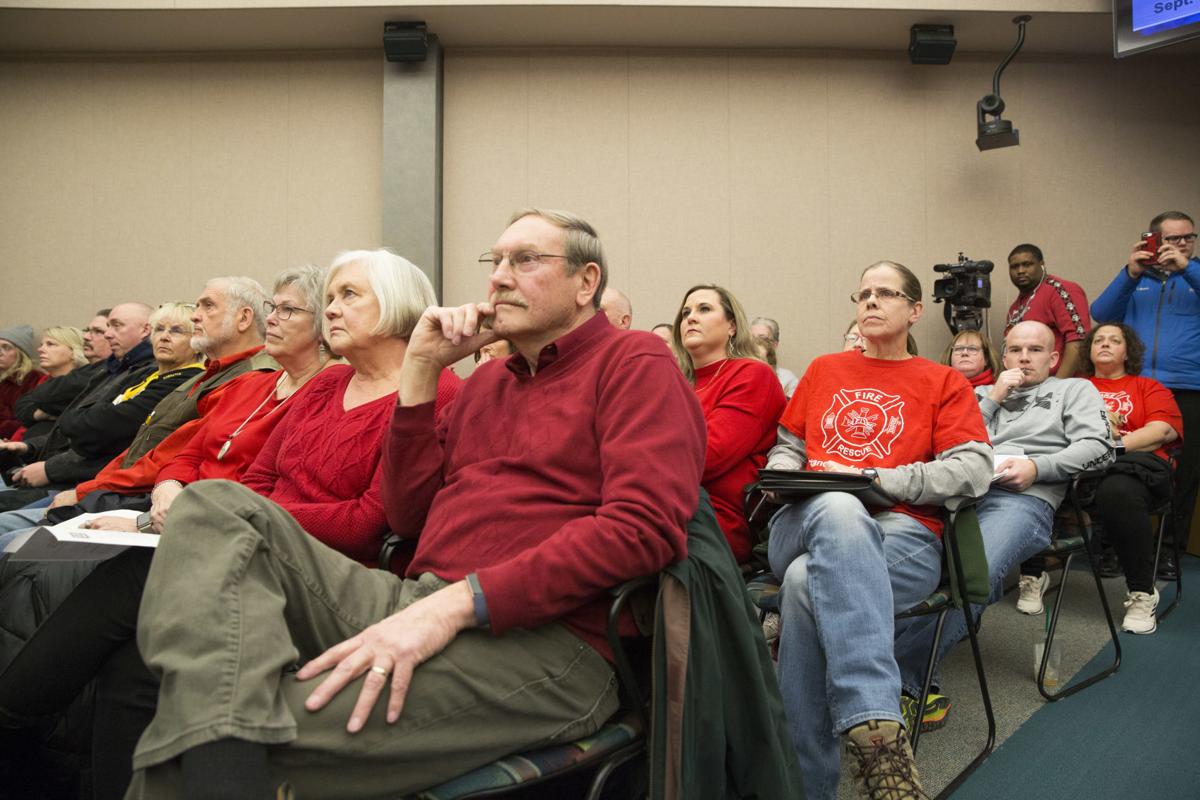 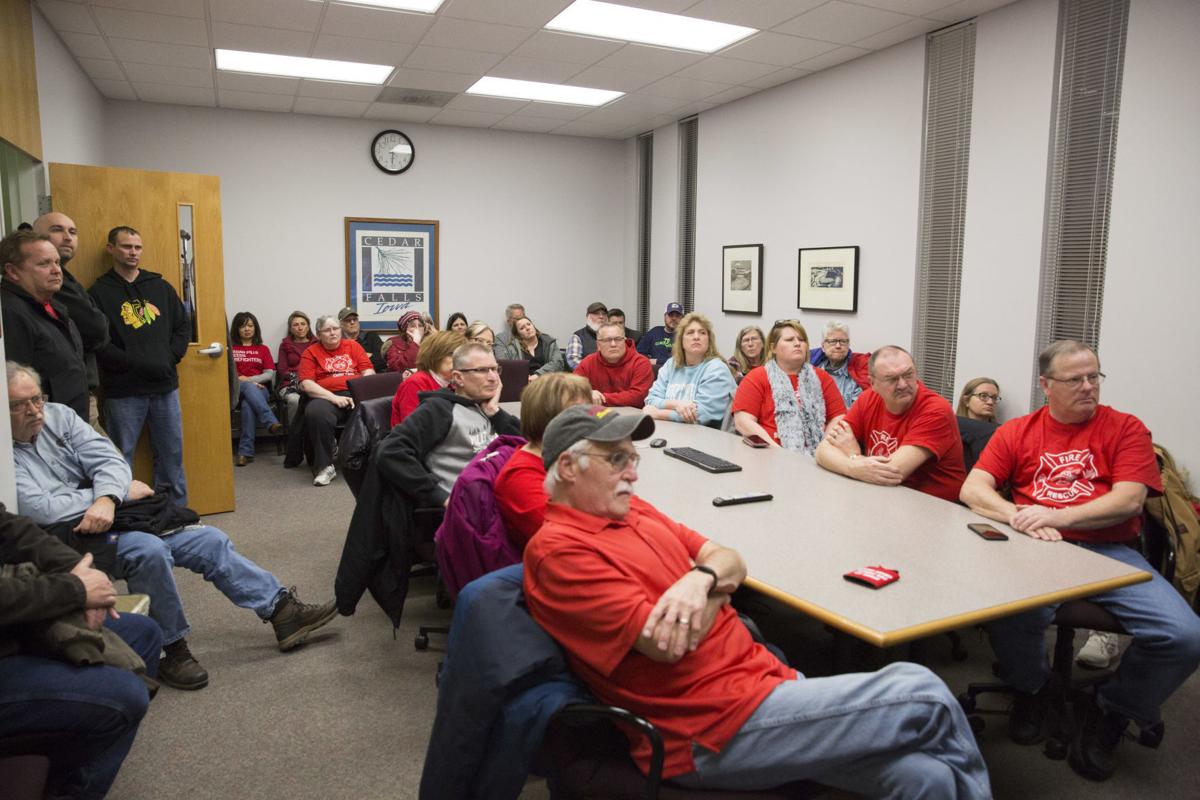 People listen to special meeting on the public safety program in an overflow room at Cedar Falls City Hall on Feb. 20. 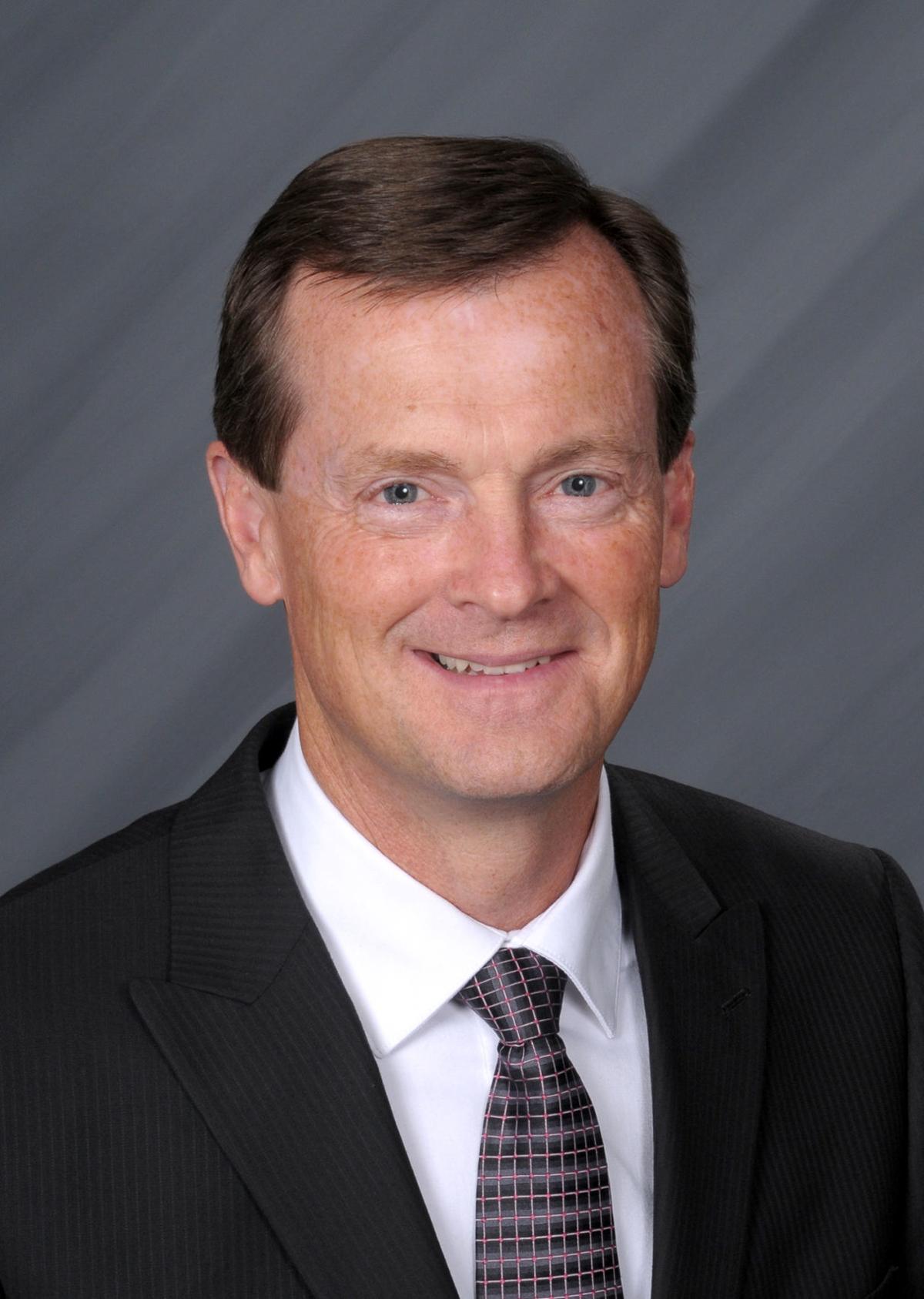 CEDAR FALLS — Pushing back against opponents of its public safety officer model, the City Council on Thursday approved a department reorganization that will eliminate traditional firefighter positions.

The 5-2 vote came at the end of a nearly four-hour special meeting called to discuss whether the council should fully implement the PSO program, which cross trains police and firefighters to serve in either position. More than 30 supporters and opponents addressed the matter during a lengthy public forum.

The decision split the council’s old guard that has long supported the PSO program from newcomers Dave Sires and Simon Harding, who ran against the program in last fall’s elections. Voting in favor of the reorganization were Mark Miller, Susan deBuhr, Daryl Kruse, Frank Darrah and Nick Taiber.

Miller made a motion for the reorganization rather than continuing the current practice of hiring PSOs only as firefighters and police officers retire. He portrayed it as a long overdue decision to deal with problems between the firefighters and public safety officers.

“I felt it necessary to push the envelope,” he said. “We have a situation right now where everybody’s safety is in danger because these two groups won’t work together.”

With a special election set for March 24 to fill the at-large seat Taiber was appointed to in January, Mayor Rob Green questioned the decision’s timing right before the vote was taken.

He suggested it would raise “grave concerns” about the council’s credibility “if this resolution is approved tonight.” As mayor, Green doesn’t have a vote on the council.

“Have we done our due diligence in studying this? I don’t believe we have,” he said. “I do believe this is not truly representative of what the people want.”

Sires would like city’s public safety department to be divided back into separate police and fire departments. “I ran on that. I’m committed to that,” he said.

Since the council first approved the cross-training program in 2014 and the department began requiring all new hires be PSOs two years later, some firefighters and their union have been vocal opponents. That has helped make it a galvanizing issue in the community.

Early on in the meeting, Sires said “it almost sounds like this is union-busting, where you favor one union over the other.”

Miller said it was more about dealing with a bad situation fueled by misinformation on social media.

“I made the motion, and I fully understand the optics of what this looks like,” he said. “This is clearly a union issue, not union busting. If that was the case we would get rid of every union.”

But some of those voicing opposition to the program during public comments said there were other reasons it might not be working out. One of those was Dan Trelka, a Black Hawk County supervisor and the retired Waterloo police chief.

He oversaw a combined public safety department in Waterloo for a number of years before officials decided to separate them. He suggested different kinds of people are best suited to be a police officer and a firefighter.

“The personality traits were generally distinctly different,” he said. “Each discipline has a tremendous amount of perishable skills that need to be maintained.”

Cedar Falls resident Kelly Dunn, a supporter of the program, said there was a toxic environment surrounding the issue on social media. But she believes “someone who’s qualified will show up to my house” in an emergency, disputing the idea that PSOs are making the community less safe.

Sheri Purdy, whose 22-year firefighter husband oversees a battalion of PSOs, said he gets along with the officers. The hostility, she said, comes from the city administration. There were questions from some about allegations of gag order keeping firefighters from talking about their concerns, but Public Safety Director Jeff Olson denied that at the meeting.

“I hope you know this is affecting families,” said Purdy. “You have no idea the anxiety they have in that environment, and they can’t speak.”

Under the resolution approved by the council, firefighter jobs will be eliminated while fire supervisory positions will be maintained. The city will assist firefighters with becoming PSOs or finding other municipal positions. Firefighters who choose to leave city employment will receive a separation package of six months pay and health insurance.

The council voted 5-2 with Sires and Harding dissenting to develop a task force to handle any issues or other questions related to the transition to the full PSO model.

The Cedar Falls City Council Monday approved a resolution calling for a special election on an at-large seat after receiving a petition signed by more than 2,000 residents.

What you need to know about the March 24 special election.

Mayor Rob Green announced early Friday afternoon he would veto the actions of the Cedar Falls City Council during Thursday night's special meeting on public safety officers, though he acknowledged council members will likely override him.

After witnessing what she called a "crazy" vote on public safety officers, LeaAnn Saul announced Friday afternoon she was officially running for the at-large Cedar Falls City Council seat up for election next month.

Residents will get a chance to meet the finalists for the job of the city’s police chief in a pair of events this week.

Penny Popp, who's regularly been in the audience of Cedar Falls City Council meetings for the past three years, has filed for the at-large seat in the March 24 election.

Equipping The Persecuted will hold a local fundraiser at 6:3o0 p.m. Tuesday at the Waterloo Center For The Arts.

Mayor Rob Green's veto of resolution calling for the immediate reorganization of the Public Safety Department will come before the Cedar Falls City Council Monday.

With elimination of firefighter positions finalized earlier this week, their union claims Cedar Falls is required to negotiate on the change to public safety officers.

A Cedar Falls task force is defining a pathway to help laid-off firefighters become public safety officers. But a college credit requirement for the PSO job could stand in the way.

A concern over Cedar Falls' ability to provide mutual aid during fires could still result in the end of an agreement with Janesville despite efforts to draft an agreement.

Community members hold up "I Say No To PSO'S" signs while attending a special meeting Thursday at Cedar Falls City Hall to consider fully implementing the public safety office model.

People listen to special meeting on the public safety program in an overflow room at Cedar Falls City Hall on Feb. 20.