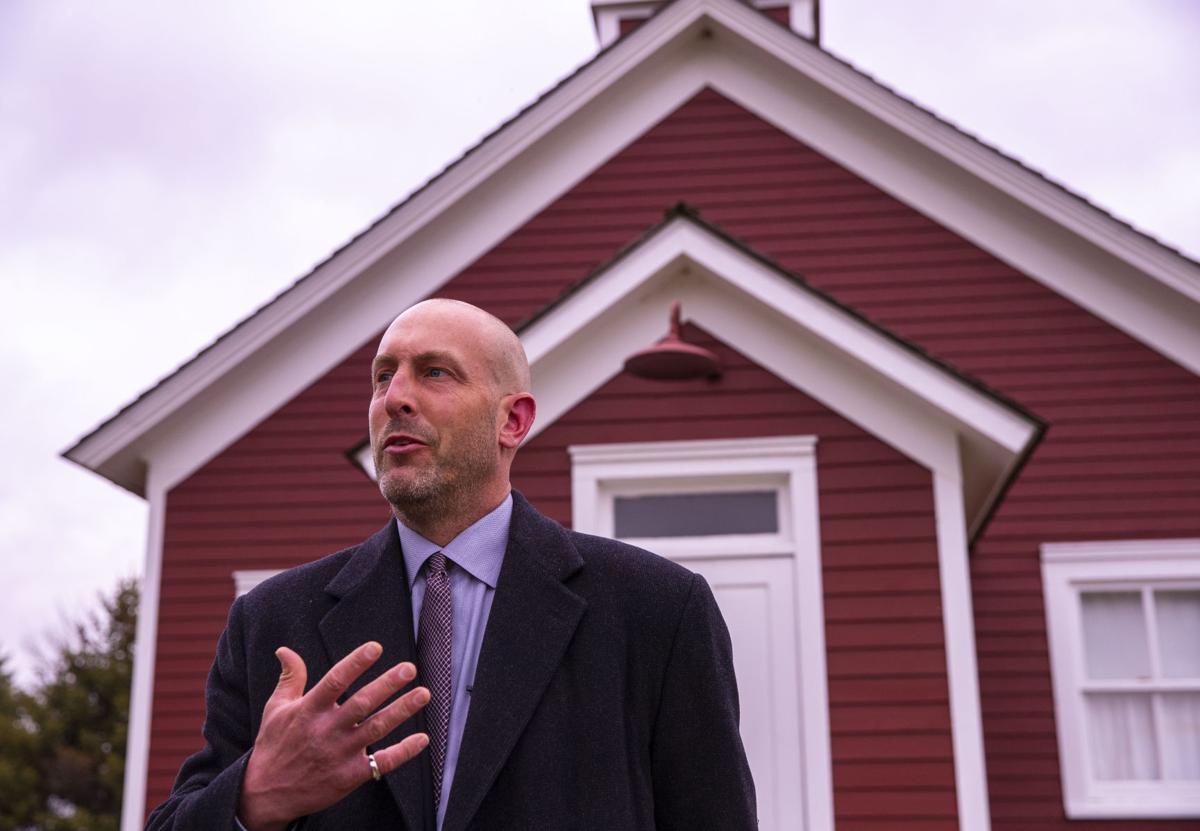 Cedar Falls native David Swindlehurst announces his candidacy for governor of Iowa on Friday at the Little Red Schoolhouse in downtown Cedar Falls. 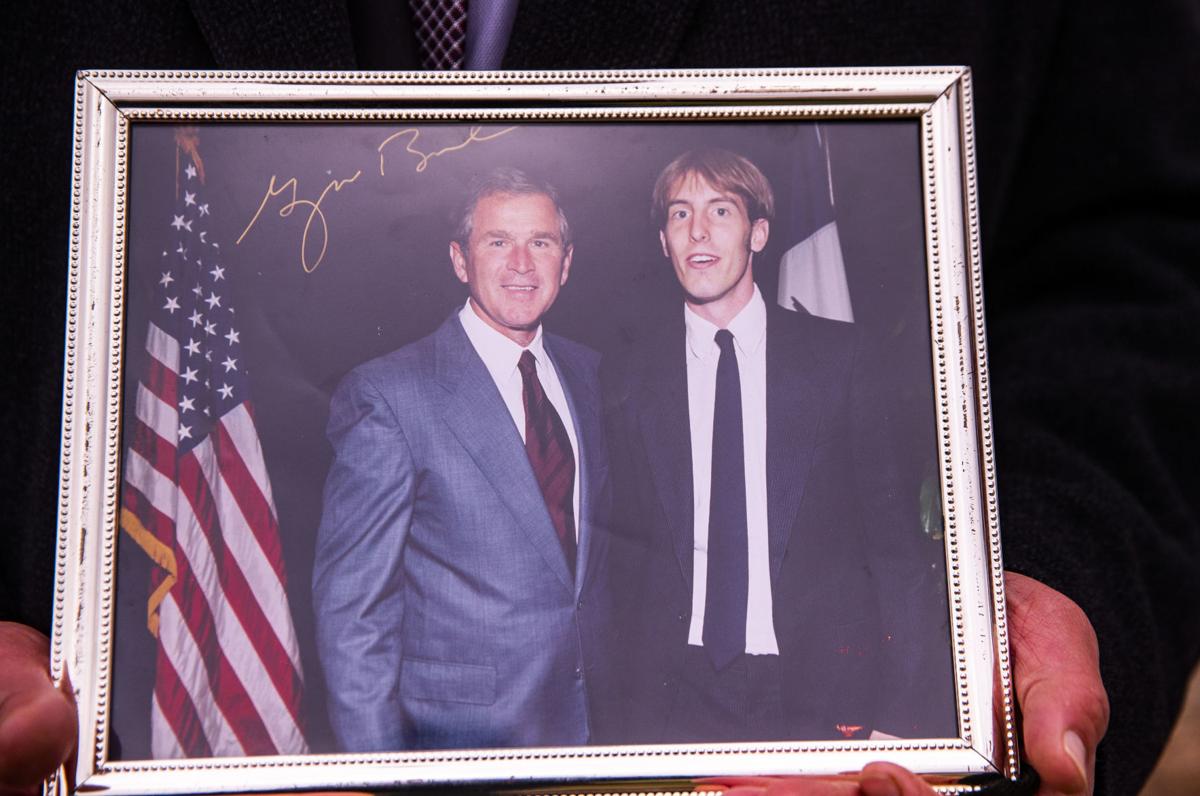 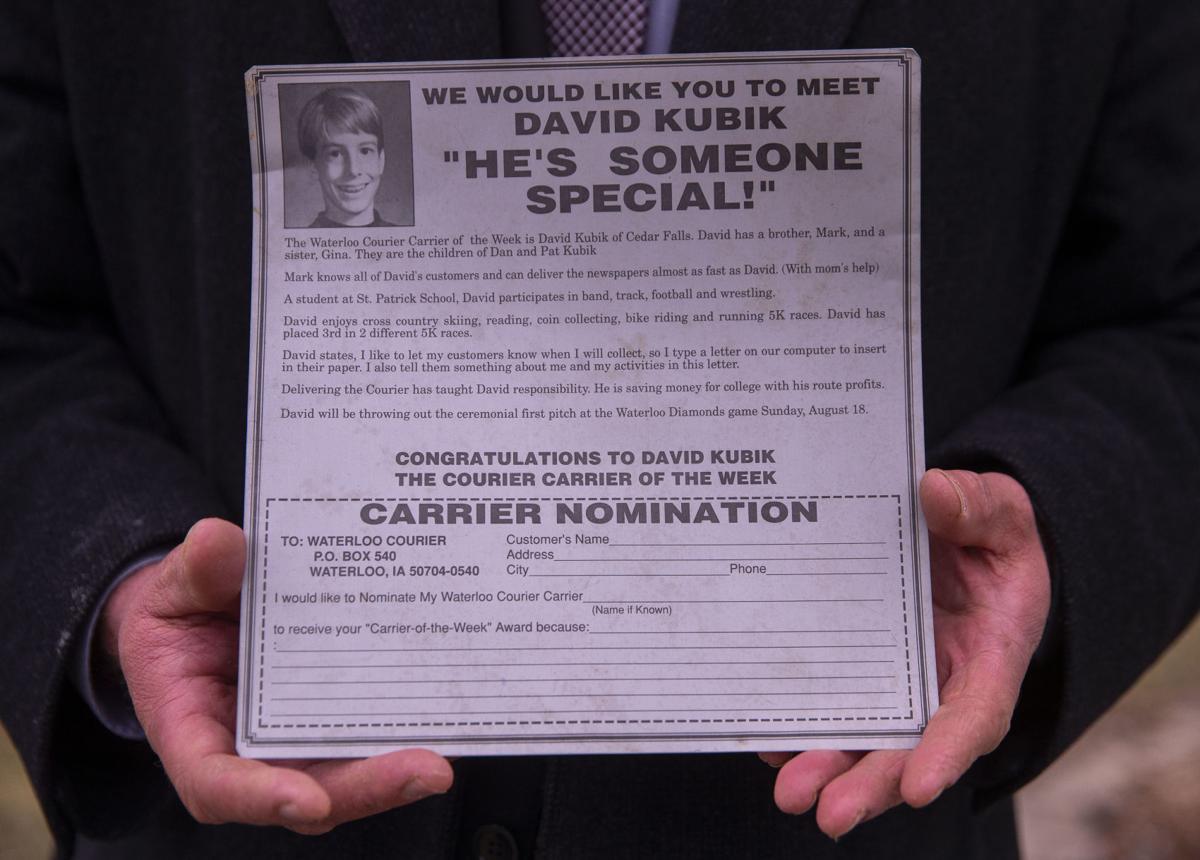 So when he decided to run for governor in 2022, the Cedar Falls native decided to start his own, calling it the Black Sheep Party and modeling it after former President George W. Bush's style of "compassionate conservatism," he said.

"I've always been conservative, you know, not crazy-right," Swindlehurst said as he announced his run for governor Friday in front of the Little Red Schoolhouse in Cedar Falls. "Bush, I feel, is as close as possible to where I'm at politically."

On Swindlehurst's Instagram page is a link to a David4Gov.com website, but clicking on the website leads to a page that says "Account Expired." He hasn't yet filed paperwork with the state, a requirement to appear on the ballot, though he still has a year to do so.

Two supporters showed up to Swindlehurst's announcement, but both stayed in their vehicle and declined comment.

Nonetheless, Swindlehurst thinks he has a shot at defeating Gov. Kim Reynolds in the general election, noting only 41% of Iowans hope she decides to run again in the latest Iowa Poll, and particularly hammered her on her pandemic response.

"There's so many things better that we could be doing with vaccines, with the rollout. Why aren't we all vaccinated right now when the vaccine's available?" he said. "Texas is opening up on Monday. Why aren't we opening up Monday? What's going on? We only have 3 1/2 million people."

No state has come close to vaccinating everyone -- only a few have hit 20% vaccinated as of Friday. And though Texas is opening up vaccine eligibility to everyone on Monday, demand was expected to far surpass current manufacturers' supply.

All Iowans will be eligible for vaccine starting April 5, governor says

Swindlehurst was David Kubik growing up in Cedar Falls (he took his wife's last name in marriage; they are now divorced) and attending the area Catholic schools, graduating from Waterloo Columbus in 1995 alongside astronaut Raja Chari. Swindlehurst peppered Chari references throughout his answers to questions Friday.

"I feel that, with knowing Raja and growing up with Raja, I've seen what true leadership is and how to be a leader," Swindlehurst said. "I feel that I can be a really good leader and bring Iowa together in 2022 and going forward."

NASA to send Cedar Falls native to the moon

After Swindlehurst graduated from the University of Northern Iowa in 2000 with a finance degree, he moved up to the Minneapolis area to work in finance and, later, as a pharmacy technician.

He moved back to Cedar Falls about a year ago, noting he wanted to see other native Iowans who moved away come back, too, and suggesting that could be done with more jobs and entertainment options.

"All our kids went down to Texas and Florida, is what I feel like," Swindlehurst said. "Let's get our kids back."

Swindlehurst said he also disagreed with the Legislature's passage of a bill he said will limit voter registration.

"I don't like the restrictions on voting at all. If you're eligible to vote, I want you to vote," he said.

He said he wants to help farmers move beyond simply growing corn and soybeans to crops like industrial hemp. He would also like to legalize marijuana statewide.

"I think that's a cash crop, and I think there's money to be made in it," Swindlehurst said of marijuana. "Our reliance on corn and soybeans, it doesn't work because it just keeps the prices lower because we just produce too much of it."

Ultimately, Swindlehurst wants voters to think of him as a uniting force.

"We raise astronauts here. We raise the best of the best. We have the Field of Dreams," he said. "This is Iowa. This is where dreams come true."

This article was updated April 5 to reflect that Swindlehurst took his wife's last name, but that she is now his ex-wife.

On Iowa Politics: Making hay out of murder, bonus babies, vaccine passports and a Reynolds challenger

On this week's edition of the On Iowa Politics podcast: Making hay out of murder, bonus babies, vaccine passports, and a Reynolds challenger.

Cedar Falls native David Swindlehurst announces his candidacy for governor of Iowa on Friday at the Little Red Schoolhouse in downtown Cedar Falls.