CF mayor: PSO issue was factor in my loss
2 comments
Share this
{{featured_button_text}}

“I expected to win. I expected the other two incumbents (on the Cedar Falls City Council) to just win outright,” said Brown. “Clearly, it was a surprise to me, and my hat’s off to Mr. Green.”

Unofficial results from the election show Green, an at-large council member, won 54.7% of the vote in the the three-way race for mayor. He received 4,623 votes to 3,482 for Brown and 328 for Jim Skaine, the third candidate. Ward 4 council member Tom Blanford, one of two other incumbents on the ballot, fell just short of a majority in his race against two challengers and will face second-place finisher, Simon Harding, in a runoff election next month.

Brown said he left a “quick message” of congratulations on Green’s phone. “He ran a great race, did well with the resources he had and was able to put together a very nice win,” said the two-term mayor.

“Clearly, the voters have decided to go a different direction,” he added. “I wish Mr. Green the best, always support the city I love. I think we did some fantastic things the past four years and I hope it continues.”

Chief among those is “just all the economic development” in the community, from the Second Street corridor downtown to new businesses along University Avenue, said Brown. “I ran on that. I think I can point to a number of things to fulfill that promise from four years ago.”

Additionally, the city’s controversial public safety officer program, which utilizes cross-trained police officers and firefighters, is an initiative the mayor got behind. “I think the PSO model is the way to go for our city,” he said.

But a segment of city residents strenuously objected to Brown’s staunch support. Skaine, in the mayor’s race, and candidates in each of the three council contests made opposition to the program part of their campaigns. The mayor said the issue contributed to his loss.

“I think it was a big factor, sure. I’d be naive to think otherwise,” he said. During the past year, Brown received a “barrage” of social media comments on Facebook raising concerns about the program, and his political messaging in response “didn’t work.”

His support for the program remains solid, though. “I wouldn’t have done any differently because of my belief in that,” said Brown.

“It was a strange election,” said Susan deBuhr, whose Ward 2 council seat was also on the ballot. She held off a single challenger, the lone incumbent on the ballot winning a clear victory.

DeBuhr strongly supports the PSO program while her opponent, Derick Rogers, does not. Nick Taiber, the top vote-getter for an open at-large council seat, also supports the program. But he fell short of the majority in a three-way race and will face Dave Sires, a PSO opponent, in the runoff election.

“I’d hate to think” the outcome of the mayor’s race was due to concerns with the public safety officer program, deBuhr said. Cross-training police in support of the fire department “was the council’s decision. The mayor inherited that when he took over.”

“It’s hard to guess why the votes are the way they are,” she added, while acknowledging a likely impact from the concern in her race, as well. “I do think the PSO (issue) was definitely a factor that hurt me some and helped (Rogers) more.”

DeBuhr does have a theory about what gave her the edge in Tuesday’s contest. “I think throughout my tenure on the council I’ve always tried to put the people first, and I’m hoping maybe that’s why I did win,” she said.

Iowa law would not allow Cedar Falls to hold a special election to fill mayor-elect Rob Green's City Council seat in conjunction with the Dec. 3 runoffs for two other City Council posts.

Iowans went to the polls by the hundreds of thousands Tuesday to vote in combined city and school elections for the first time, but the turnout did not live up to expectations.

Beginning at 9 a.m. Sunday, Nov. 10, the new Iowa Highway 58 and Viking Road interchange will be open to traffic for the first time.

Dave Sires and Simon Harding won seats on the Cedar Falls City Council for the first time in Tuesday's runoff election after defeating a former council member and an incumbent. 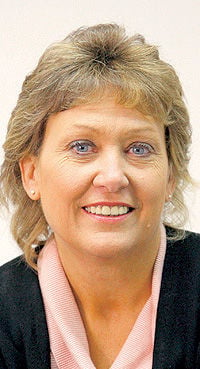