A part of the foundation is all that remains of the former Ginger’s bar on College Hill in Cedar Falls Tuesday. Developer Brent Dahlstrom proposes building an multi-story apartment building on that and two adjoining properties.

This large residential-commercial development has been proposed for 2119 College St. in Cedar Falls.

A company of developer Brent Dahlstrom proposed incorporating the former Ginger’s bar site, 925 W. 22nd St., and two adjacent properties at 1003 W. 22nd St. and 2119 College St. Ginger’s was damaged in the 2016 fire that consumed the now-reconstructed Great Wall restaurant. Ginger’s did not resume business and has been demolished, as would be the properties on the other two parcels.

It would be one of the largest developments in the College Hill area in years and has generated considerable public debate over the past three months.

The matter will go before the City Council sometime in February.

Dahlstrom reworked his proposal, increasing from 3,000 to nearly 11,000 square feet the commercial space on the building’s ground floor. But he also increased the number of apartments from 63 to 83, though reducing the number of residential beds from 132 to 120 by proposing more studio and fewer three-bedroom apartments.

With more than 64 percent of the ground-floor space being commercial, city staff said parking is not required under the commercial zoning now applied to the project. But Dahlstrom is proposing 65 on-site parking spaces, including some underground parking accessible off West 23rd Street.

Staff indicated there was precedent for determining parking based on the ground floor being primarily commercial — even though 83 percent of the building will be residential.

“You bring your common sense in this room,” Manning said. “There’s no one I’m representing that says we want his project stopped. We want it done reasonably, responsibly and in accordance with a rational, reasonable interpretation of your zoning ordinance.” Rejection, he suggested, would mean Dahlstrom would rework his plan.

Dahlstrom’s attorney, Larry James Jr., also of Des Moines, said, “The fact is the code allows this project to occur without any parking. The applicant has tried to work with staff and tried to address some of the concerns of neighbors and this commission and has added 65 spaces to the project. So I respectfully request you approve the site plan.”

Several people who own property and work on College Hill were divided on the project.

Cara Bigelow Baker, who works at The Razor’s Edge on the Hill, said Dahlstrom’s Urban Flats project on West 22nd Street has already caused parking congestion, and the proposed development would only compound it.

Dave Deibler, who owns two businesses on College Hill, said, “I just want to make sure the conversation we have tonight includes those of us who favor this development. ... I think we have some catching up to do. I think a development like this is sorely needed.”

The Waterloo council approved a contract for a program designed to reduce people's use of emergency medical services for primary health care along with hospital readmission rates.

The Black Hawk County Jail is halfway through its contract for medical and mental health services – but the provider is looking for an amendment.

Brian Schoon will be taking over the role after Kevin Blanshan retires on Sept. 30.

Councilors suggested adding more signage around town or information onto its mobile app. Another idea pertained to ensuring its city facilities are ADA compliant.

Hundreds of thousands of Iowa borrowers eligible for debt relief

A presentation will be given with updates on the design process and the proposed reconstruction between Seerley Boulevard and 6th Street.

WATERLOO — More money is coming to Waterloo for its plan to build a municipal broadband network.

WATERLOO — Elections officials said it’s too early to tell what effect recent changes to voting laws will have at the polls.

Most of the concern for those in opposition hinged on the city having to pay $1.22 million, which is half of the matching funds for the $12.2 million project.

A part of the foundation is all that remains of the former Ginger’s bar on College Hill in Cedar Falls Tuesday. Developer Brent Dahlstrom proposes building an multi-story apartment building on that and two adjoining properties.

This large residential-commercial development has been proposed for 2119 College St. in Cedar Falls. 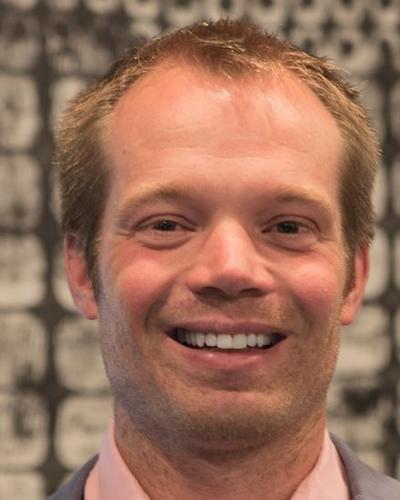