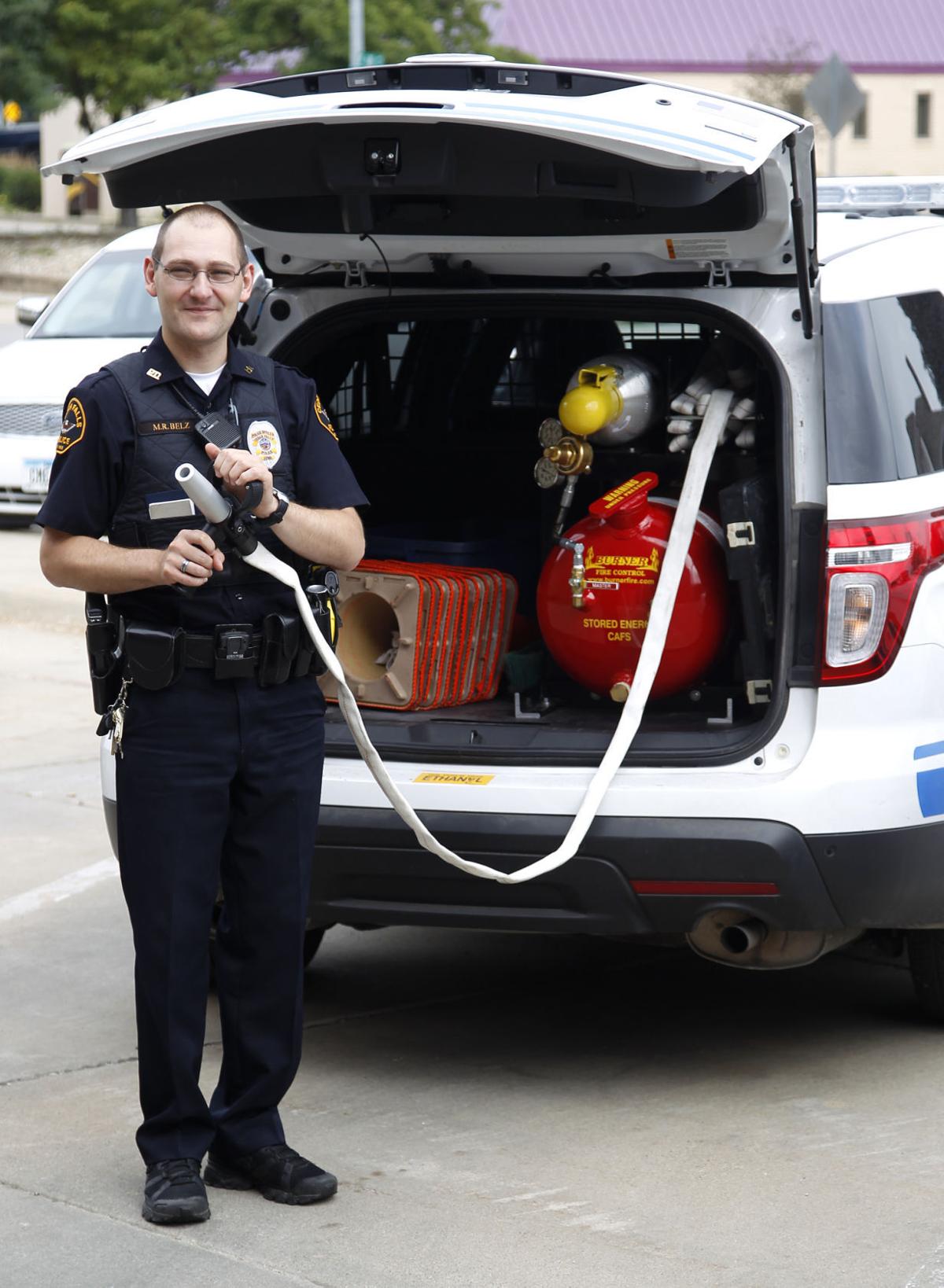 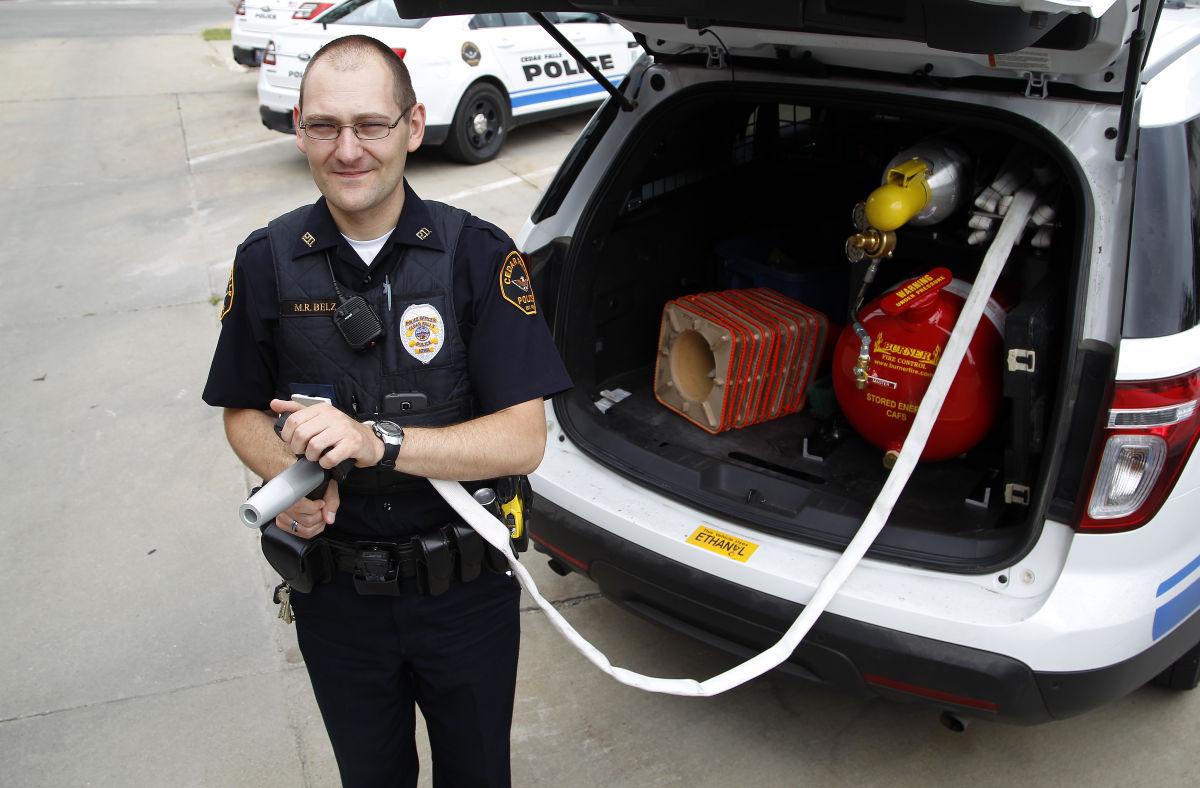 CEDAR FALLS | The city is turning to a foamy solution to keep small fires from turning into close shaves.

The city has fitted three public safety SUVs -- two in the Police Department, one in the Fire Department, with equipment to shoot compressed air foam from a 50-foot hose to extinguish small fires. They've been on the job about a month.

It'll help police or fire safety units arriving at the scene ahead of fire trucks to extinguish or control a blaze until they arrive.

"It's a big fire extinguisher, the way I look at it," Public Safety Director Jeff Olson said. "It's neat, and it's quick." Squad cars have had smaller fire extinguishers but this provides public safety SUV first-responders with a little more firepower, so to speak.

It'll come in handy for minor blazes such as porch fires. "That's a very good scenario, " Olson said. "We had a porch fire -- it was dry wood, possibly catching the siding on fire -- and the officer was actually looking around for a garden hose. We also had a car fire a few years ago, where a person was inside the car, and we're going through fire extinguisher after fire extinguisher. If someone's pinned in the car, this can save smoke and fire injuries."

The equipment also would come in handy with Dumpster and grass fires, Olson suggested.

"You can empty a (conventional) fire extinguisher pretty quickly," Olson said. "We were visiting Charles City last summer and noticed they had this type of device in the back of their squad cars -- they have a public safety department too. That was really interesting. We decided it would be great to have. If you get to a scene several minutes ahead of the Fire Department, if they can take some action to either put out a fire, or slow a fire down, that could be quite a difference."

The compressed foam, mixed with water, produces the equivalent of 300 gallons of water in putting out a fire, Olson said.

Fire Chief John-Paul Schilling and the public safety deparment's fire staff put the plan together, Olson said. Each set of compressed foam equipment cost about $8,000 and was paid for from the capital improvements account.

About two thirds of the police officers have been trained of the equipment, Olson said, which is ongoing.

Olson has said the compressed-air foam system is intended only as a supplemental tool for the city’s police department. Cedar Falls fire union officials have said the system does not eliminate the need for adequate firefighter staffing and training.

See a video of the equipment in action on wcfcourier.com