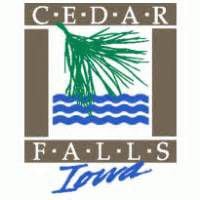 CEDAR FALLS — A “roadmap” intended to guide downtown’s future growth will be considered for adoption Monday by the City Council.

Planning and zoning officials have been formulating “Imagine Downtown! – Cedar Falls Vision Plan” since April and getting input from city residents on the draft this fall. The 88-page document, referred to as a roadmap in a city memo, would provide a general framework for policy decisions and investment as development occurs throughout the area, including surrounding neighborhoods.

According to its executive summary, the “plan envisions incremental growth within the current Downtown context, building on the success of the past while recognizing the importance of growth and development to maintaining a livable and economically vibrant city.” It notes that “achieving the vision will take place over a number of years, or even decades.”

The council will also hold a 5:10 p.m. work session in the Duke Young Room on the Long-term Climate Action Plan and a 5:40 p.m. committee of the whole meeting in the council chambers on the fiscal year 2019 audit report and a recreation center usage study.

Dedicated bike lanes. Four lanes of traffic to three. Parking ramps in the heart of downtown. And, yes, a roundabout.

The Cedar Falls City Council Monday approved a project with CFU to install an electrical vehicle charger north of City Hall and designate a parking space for its public use.

Jim Skaine, a candidate in the recent Cedar Falls mayoral election, was removed from the City Council meeting Monday after being ruled out of order three times.

We thank Mayor Brown for his service and wish him nothing but the best in future endeavors. We believe he still has much to contribute to his city and the Cedar Valley.