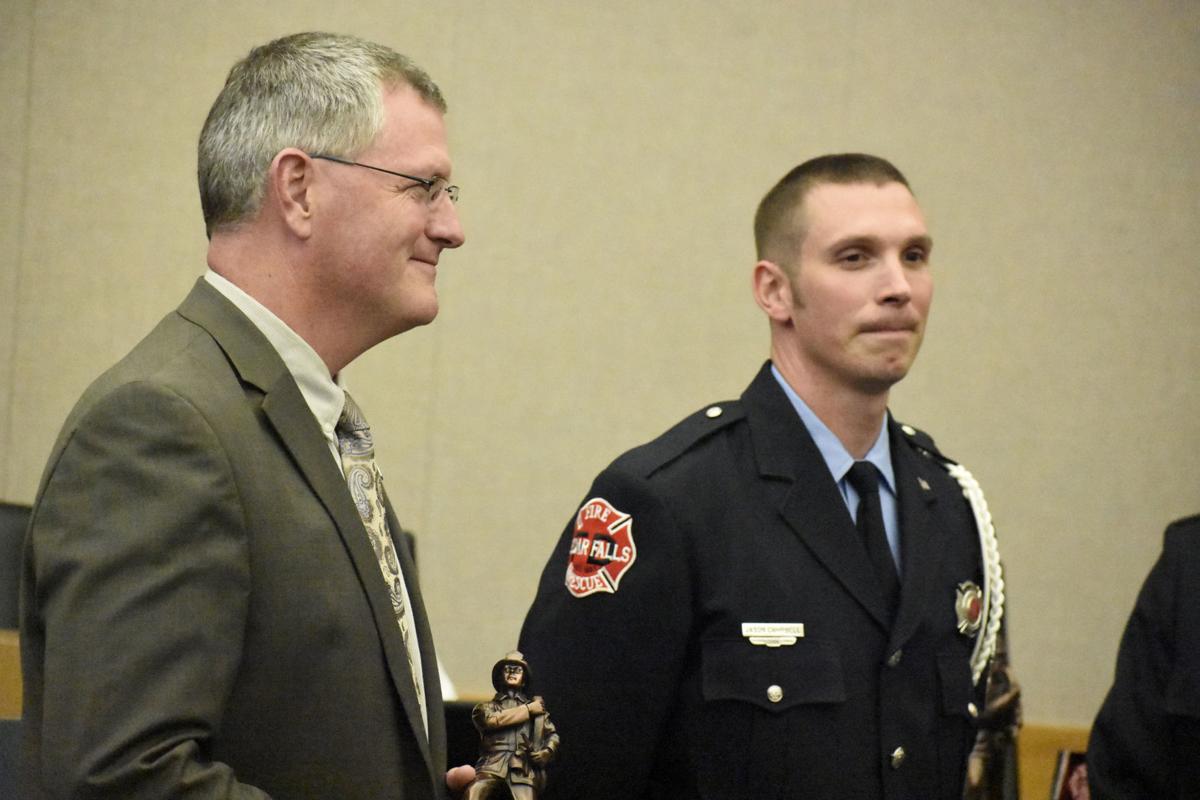 Firefighter Jason Campbell receives his award for Cedar Falls Firefighter of the Year from Mayor Jim Brown on May 7. 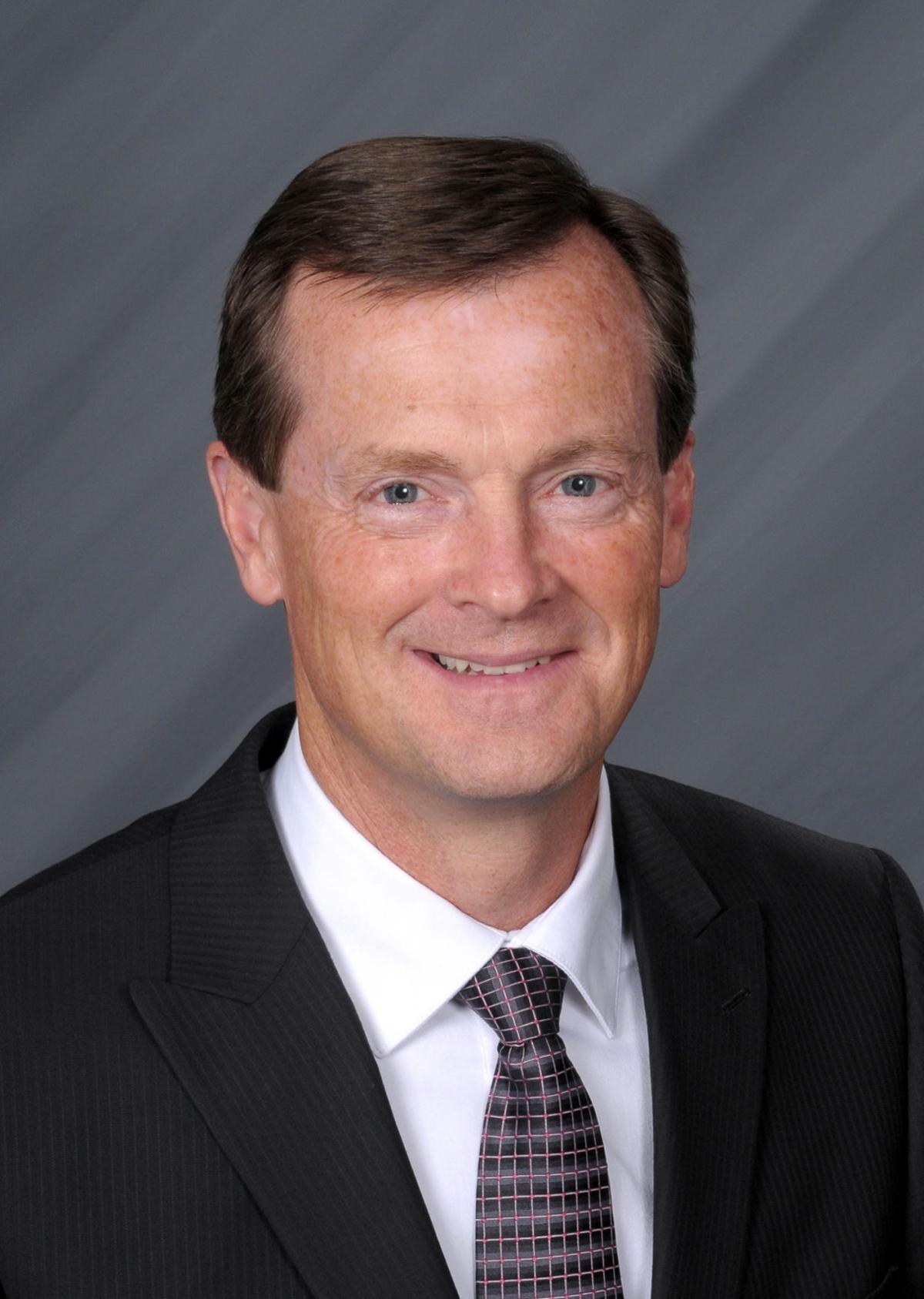 The discussion came as Jason Campbell — 2018 Firefighter of the Year — resigned, the fifth firefighter to do so in a month.

“I’m here because of my fears and concerns for our city’s safety after (five) experienced and professional firefighters recently announced their resignations,” Yoder said.

Yoder lost his home in a Feb. 5 fire on Beaver Ridge Trail. The first person at the scene and in the house was Assistant Police Chief Craig Berte, a PSO, according to Berte and Cedar Falls Fire Chief John Bostwick.

Yoder asked the council whether it’s possible Cedar Falls’ Insurance Service Office (ISO) rating is getting worse. The city’s ISO rating has been a Class 3 since Dec. 1, 2011, an improvement over the previous Class 4.

Yoder and Andrea Southall asked the council several questions about the fire department and the PSO program, calling it an experiment.

“We now have to train four new PSOs to be police officers and train the PSOs in the fire station to be firefighters,” Yoder said. “Instead we could have hired outside firefighters with experience to replace the ones that resigned.”

Yoder said there is helmet video from the fire at his house in which a firefighter asks, “Where are the PSOs?”

After the meeting Jeff Olson, Cedar Falls public safety director and chief of police, said he has “no idea” what helmet video Yoder was referencing.

Southall talked about the Beaver Hills community self-funding a rural fire hydrant. She said placement of the hydrant has been discussed with Bostwick and Olson.

“We’re trying to be proactive in providing ourselves with better fire protection at our own expense,” Southall said. “We realize that this is a rural water supply.”

Transporting water to rural fires can be a problem, Olson said. About 35,000 gallons of water were hauled to the Yoder fire.

“We’re still going to be hauling water in,” he said.

Cedar Falls has used PSOs — trained as both police officers and firefighters — to help fight fires for three years. The Cedar Falls Firefighters Association has pushed back heavily against the change.

Olson said he recently reached out without success to Scott Dix, president of Cedar Falls Firefighters Association, and Jeff Danielson, a firefighter and state senator, to set up a discussion about PSO concerns.

“Our PSOs are professional firefighters,” Olson said. “To be quite frank with you, we have some firefighters that should leave, and we have some that are leaving. In fact one is leaving not necessarily by his choice. We have some issues that we’re dealing with internally.”

“Quite frankly I get a little irritated sometimes with all the negativity and the people that come and don’t know how the program operates,” Olson said. “If we had a bad incident, it would be all over the papers and all over the media.”

Yoder and Southall left as Olson was talking.

There are 20 PSOs in Cedar Falls and 19 full-time firefighters. Eventually there will be more than 60 PSOs and firefighters combined.

“We’re trying to do something great for this city, and we have met great resistance,” Olson said.

Cedar Falls’ ISO rating at risk; the debate over what it means

CEDAR FALLS — The city of Cedar Falls is under threat of having its ISO rating, which impacts insurance rates for property owners, lowered fro…

Firefighter Jason Campbell receives his award for Cedar Falls Firefighter of the Year from Mayor Jim Brown on May 7.