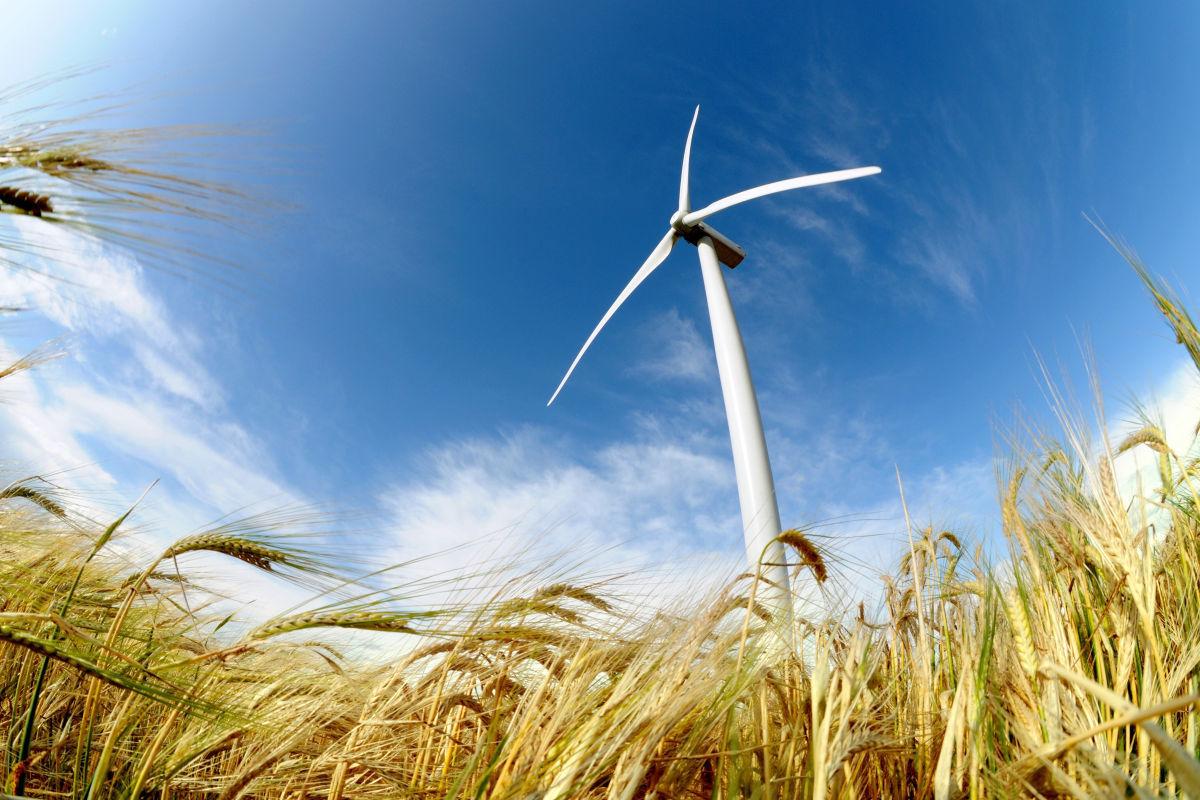 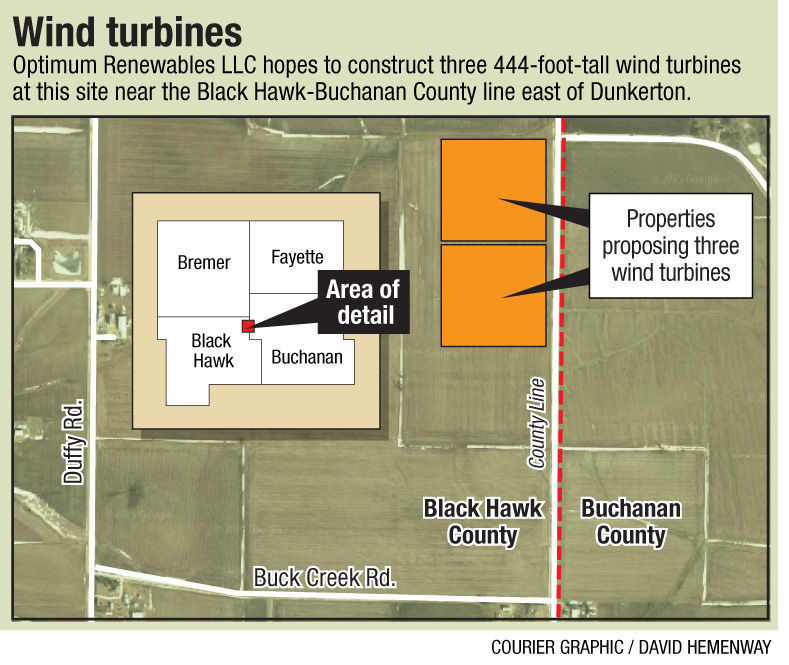 WATERLOO | Heavy opposition and the Board of Adjustment have knocked the air out of Black Hawk County's first proposed wind energy farm.

Board members voted 5-0 Tuesday to request a special permit and setback variance for Optimum Renewables to erect three 444-foot-tall industrial wind turbines in the far northeast corner of the county.

The decision drew applause from approximately 50 people who turned out to oppose the project, which had previously been turned down in both Fayette and Buchanan counties.

"We're not opposed to progress, innovation or energy efficiency," said Kris Klingaman of Fairbank. "We are opposed, however, to this particular project because it does not bring one single benefit to our community or the people in it."

Jane Albright Lee, whose family farms near the proposed site, said wind farms that have been cropping up across the state are a threat to agriculture.

"It's going to come at a steep price for the neighboring farmland, if wind turbines continue to sprout up across America's best agriculture land," she said. "I hope you consider that agriculture is what Iowa is."

Black Hawk County does not have any industrial grade wind turbines. But the county ordinance was amended in 2011 to encourage wind towers, provided they meet a set of standards and get a special permit from the Board of Adjustment.

"It's a very restrictive ordinance," said Adam Van Dike, attorney for Optimum Renewables. "Frankly, it's the most restrictive we've seen in the state. We didn't shy away from that. We still want to come to Black Hawk County."

The three turbines were proposed to take two acres of prime agricultural land out of production on the David and Carolyn Schmitz farm on the Black Hawk County side of the Black Hawk-Buchanan county line road, just north of Buck Creek Road.

The six megawatts of electricity would have been trenched underground along roadside and railroad right-of-way to an Alliant Energy substation at the Flint Hills Resources ethanol plant, just east of Fairbank.

Van Dike said there is no evidence of any health issues for humans or livestock, while the threat to eagles and birds was overstated.

"There is a possibility birds will run into these and die," he said. "But it's not an epidemic."

Van Dike also said the project would generate $2.3 million in property taxes over 30 years, including $1.2 million for the Wapsie Valley School District.

Members of the Board of Adjustment had only a brief discussion on the merits of the request but cited concerns the southern tower was just 50 feet from the neighboring property, when it should have been 666 feet away by ordinance.

"I assume those fall zones exist for a reason," said board member Luke Jenson.

The property owner to the south, the son of the land owners seeking the tower, had supported a variance to the required setback.

Board chairman Steve Rosauer joined those who said there appeared to be no benefit to the area or residents from the project. He suggested tax credits would be necessary for the project to be viable.

"In a sense we're all paying for it for a few people to benefit from it," he said.

The Iowa Wind Energy Association reports there are 3,198 utility scale wind turbines in operation in the state, heavily concentrated in northwest Iowa.

DUNKERTON | A Des Moines-based energy company has withdrawn its plans to build a three-turbine wind farm northeast of Dunkerton.

WATERLOO — An energy company is working in southern Black Hawk County to develop what would be the county’s first wind farm.