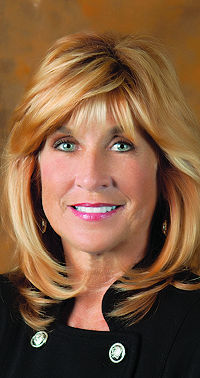 Members of the county Board of Supervisors voted 4-0 Monday to consent to continued refugee resettlement in their jurisdiction. Supervisor Dan Trelka was absent.

The measure was a response to an executive order signed by President Donald Trump on Sept. 26 that gives state and local governments the right to reject initial resettlement of foreign refugees.

The order requires states and cities to provide written consent to the U.S. Department of State if they wish to continue receiving refugees and related funding after June 1.

“It’s kind of sad that it’s necessary to do this kind of thing right now, but this is certainly going to stay a welcoming community,” he added.

Sara Zejnic, director of refugee and immigrant services at Catherine McAuley Center in Cedar Rapids, has been asking counties within 100 miles of its office to send consent letters to U.S. Secretary of State Mike Pompeo.

“The letters will be kept on the Department of State’s website basically demonstrating which counties and states are providing consent,” Zejnic said. “It means we’ll be able to continue settling refugees in Black Hawk County.”

Zejnic said the Catherine McAuley Center provides initial resettlement in a 100-mile radius of the Cedar Rapids office and has helped 47 refugees settle in Black Hawk County in the past year.

Iowa was one of the first states in the nation to provide resettlement service when Gov. Robert Ray in 1975 signed off in support of accepting the new residents as a wave of Vietnamese refugees was seeking to come to the United States.

While Trump’s executive order has caused public disagreements in some jurisdictions across the country and put pressure on Republican governors across the nation, Iowa Gov. Kim Reynolds sent a letter Dec. 10 stating Iowa consents to refugee resettlement.

“It was great to see the governor signing it a couple of weeks ago,” Laylin said. “That was very helpful to all of us.”

Board bows to Waterloo demands on dispatch costs

The board overseeing the Black Hawk County Consolidated Dispatch Center has altered its funding formula based on Waterloo's concerns.

Iowa swung fiercely to Trump. Will it swing back in 2020?

Few states have changed politically with the head-snapping speed of Iowa. Heading into 2020, the question is whether it's going to change again.

The city of Waterloo’s Sanitation Department will once again be providing free curbside collection of real Christmas trees on the weeks of Jan. 6-10 and Jan 13-17.