CEDAR FALLS — A bill that would ban Cedar Falls’ combined fire and police departments passed the Iowa House and awaits action in the Senate.

But tucked away in the middle of a section on municipal fire protection was the following sentence:

“... A city in which an institution of higher education governed by the state board of regents is located shall establish, house, equip, staff, uniform, and maintain a full-time, professional fire department that is separate from the city’s police department.” 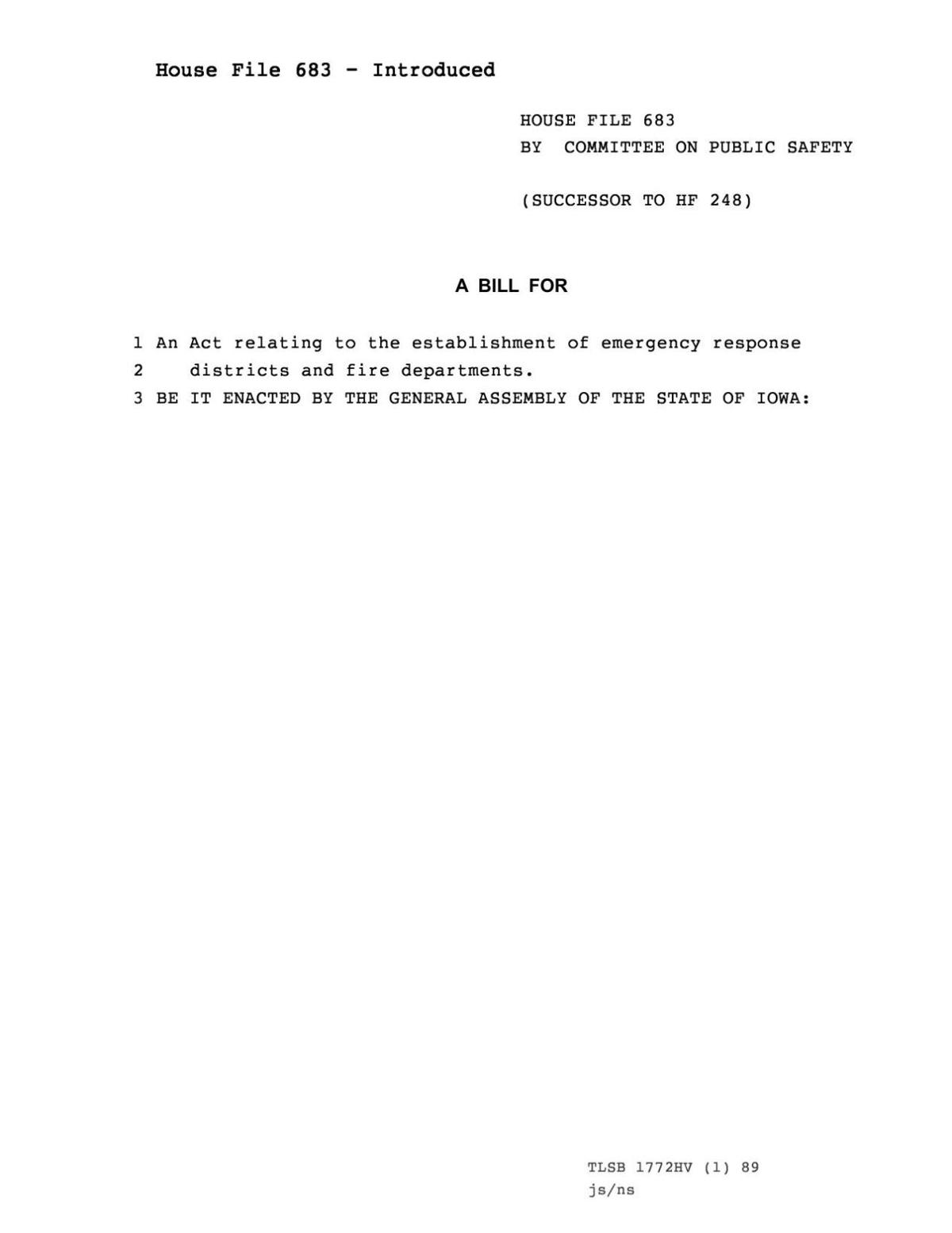 It’s a shot across the bow of the city of Cedar Falls, which happens to contain the University of Northern Iowa and a first-in-the-state public safety department with cross-trained police and fire personnel.

The paragraph appears to apply specifically to Cedar Falls; neither Iowa City nor Ames — home to the state’s other regents universities — have combined departments.

The position of public safety officer was first approved by the Cedar Falls City Council in 2015 after the city’s police union requested the option. By 2016, all new hires by the police and fire departments were cross-trained as PSOs, according to Public Safety Director Jeff Olson.

“When people see it, more and more they support it,” Olson told The Courier earlier this month.

Cedar Falls legislators were split on the bill: Rep. Bob Kressig of District 59 voted for it, while Rep. Dave Williams of District 60 voted against it. Both are Democrats, as are both of Waterloo’s representatives, who voted for the bill.

Kressig wrote in an email to The Courier that he liked the bill as a whole, and noted it was supported by the state fire marshal. He added that Cedar Falls’ combined department is a concern.

Rep. Sandy Salmon, a Republican representing Janesville — a city that pulled out of its mutual aid agreement with Cedar Falls over its lack of full-time firefighters — voted for the bill as well.

Reaction to Janesville pulling out of firefighting agreement with Cedar Falls

Sen. Eric Giddens, a Democrat representing Cedar Falls, said Wednesday the bill was “only assigned today to the Senate’s State Government Committee,” and wouldn’t comment on it “until I know more about its status in the Senate.”

“Why can’t these guys look and see, ‘Hey this isn’t working?’” Sires said. “It affects all the surrounding communities too, not just Cedar Falls.”

But transitioning back to separate fire and police departments could cost Cedar Falls taxpayers an estimated $2 million per year, according to the Iowa Legislature’s fiscal services division. UNI would pay an extra $112,000 per year, an increase of nearly 20% from the $564,000 it pays annually.

Mayor Rob Green declined to comment on the bill, saying doing so “would be premature” since it has yet to pass.

“The city of Cedar Falls and its public safety personnel will continue to safeguard our community no matter how (the) organization chart looks,” Green told The Courier.

The city of Cedar Falls’ two lobbyists registered against the bill, as did a lobbyist for former Cedar Falls Mayor Jim Brown and three lobbyists from the Iowa League of Cities.

Sires’ wife operates the NO PSOs political action committee, he said, and sent a lobbyist to Des Moines to advocate for the bill’s passage. Another five lobbyists from the Iowa Professional Fire Fighters union also registered in support of it, according to a state lobbying registry.

The vast majority of lobbyists from other cities and groups representing police and public safety officials were registered as undecided.

Though it hasn’t progressed in the Senate, Sires remained optimistic it would, noting he would like to stand with Gov. Kim Reynolds as she signs it.

“I hope I’m not being too happy too soon,” he said. 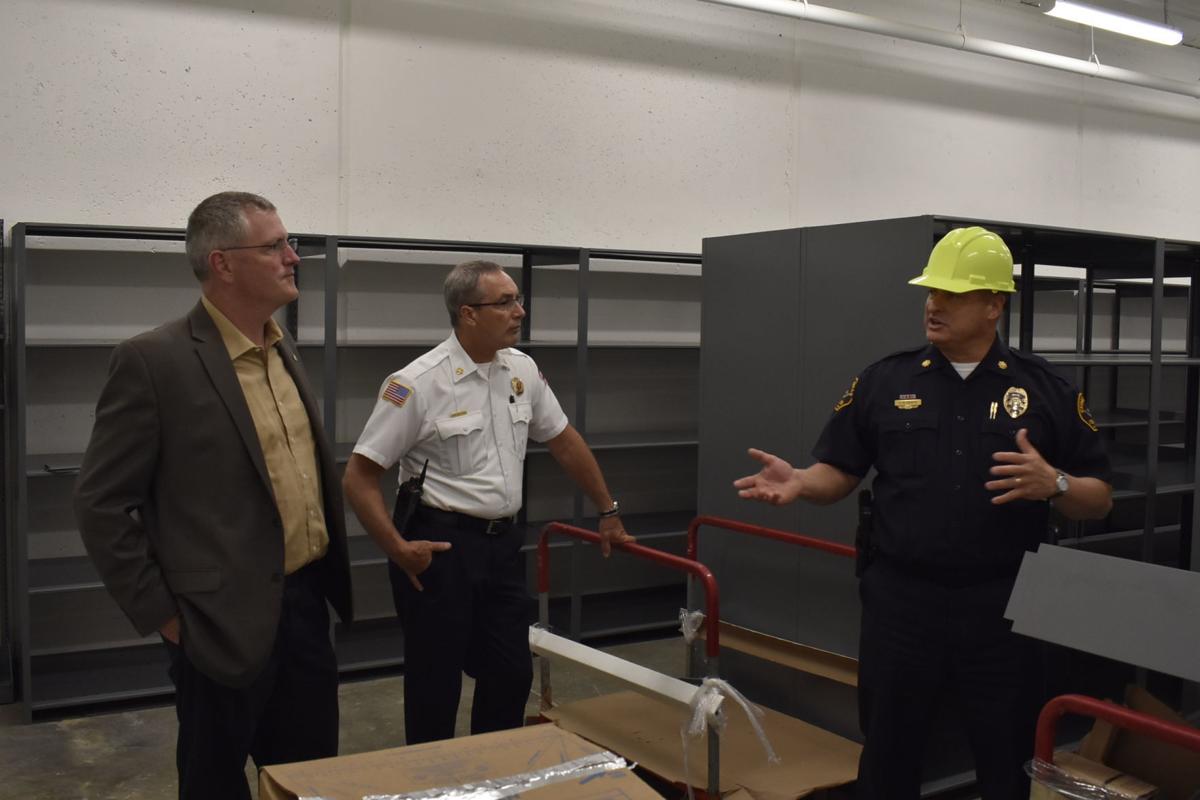 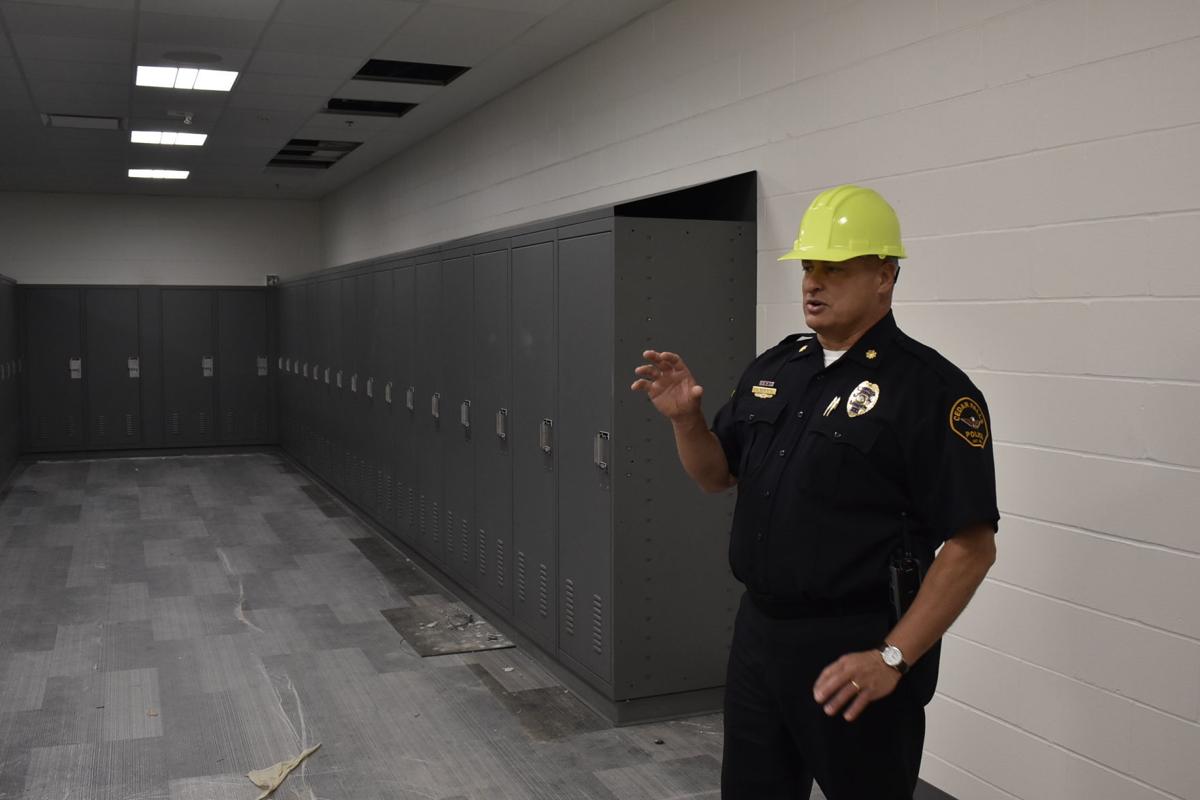 Assistant Police Chief Craig Berte shows off the men's locker room inside the new Public Safety Building which is nearing completion at the corner of Greenhill and Main streets in Cedar Falls Tuesday. 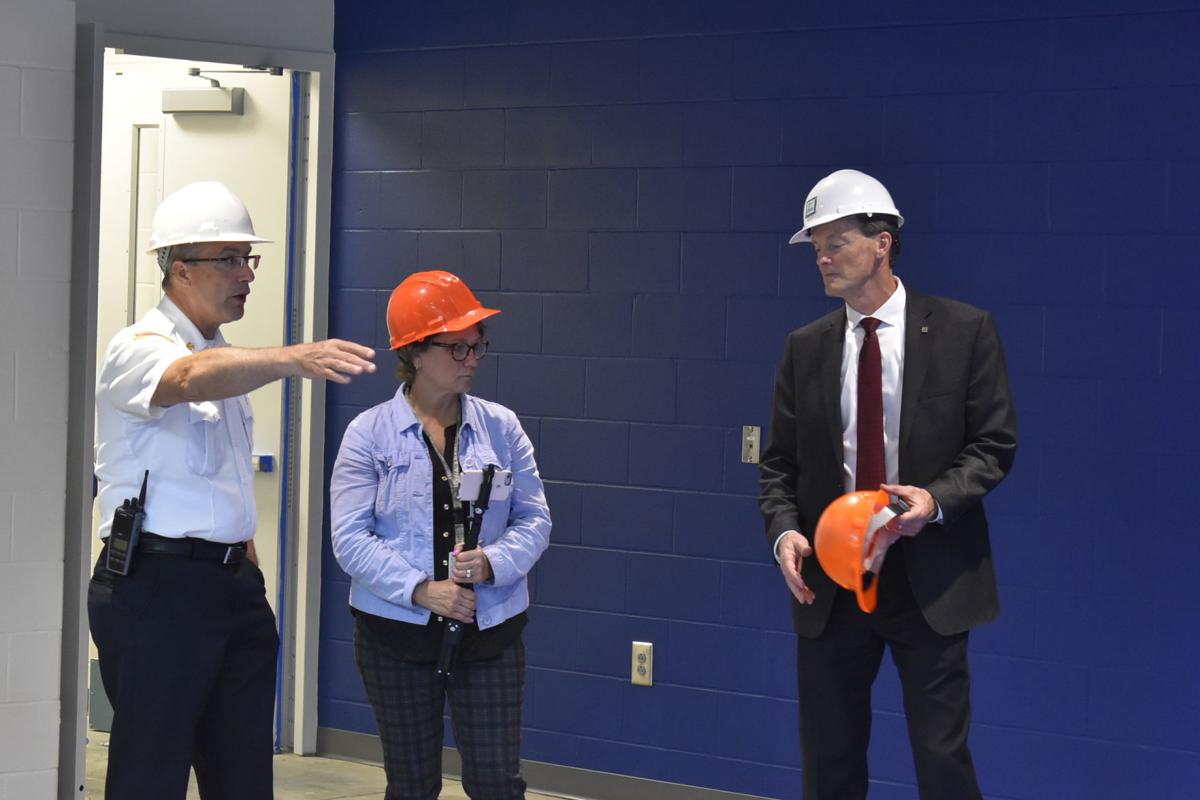 Fire Chief John Bostwick, left, Courier Editor Nancy Newhoff and Public Safety Director Jeff Olson are shown in the workout room in the basement of the new Public Safety Building Tuesday. Firefighters and police officers will work out side by side with their locker rooms located off the room. 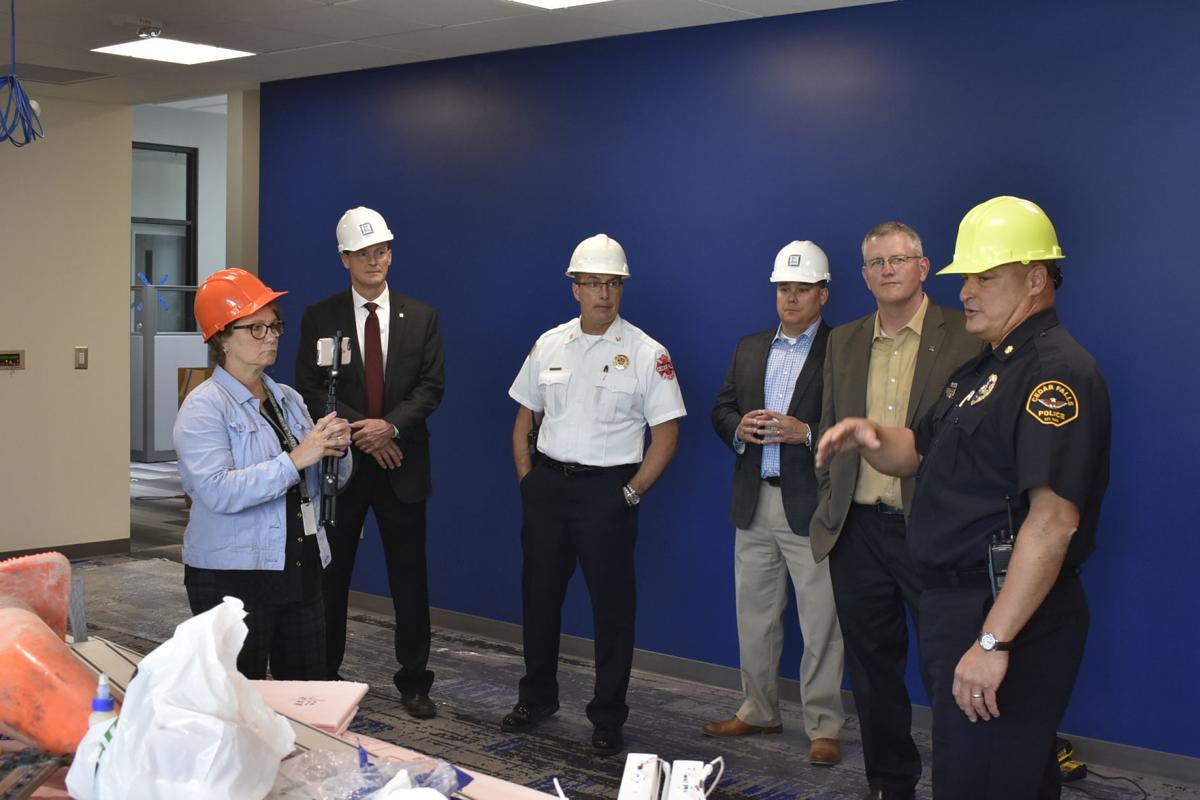 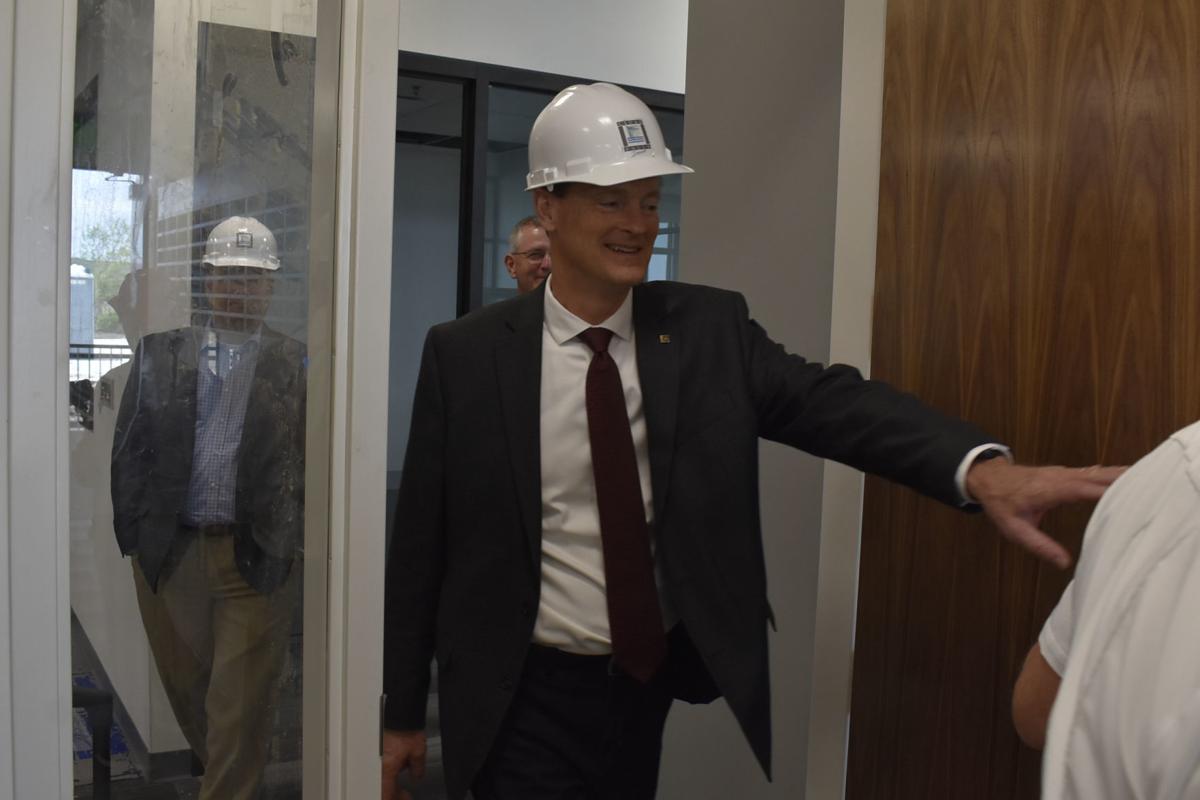 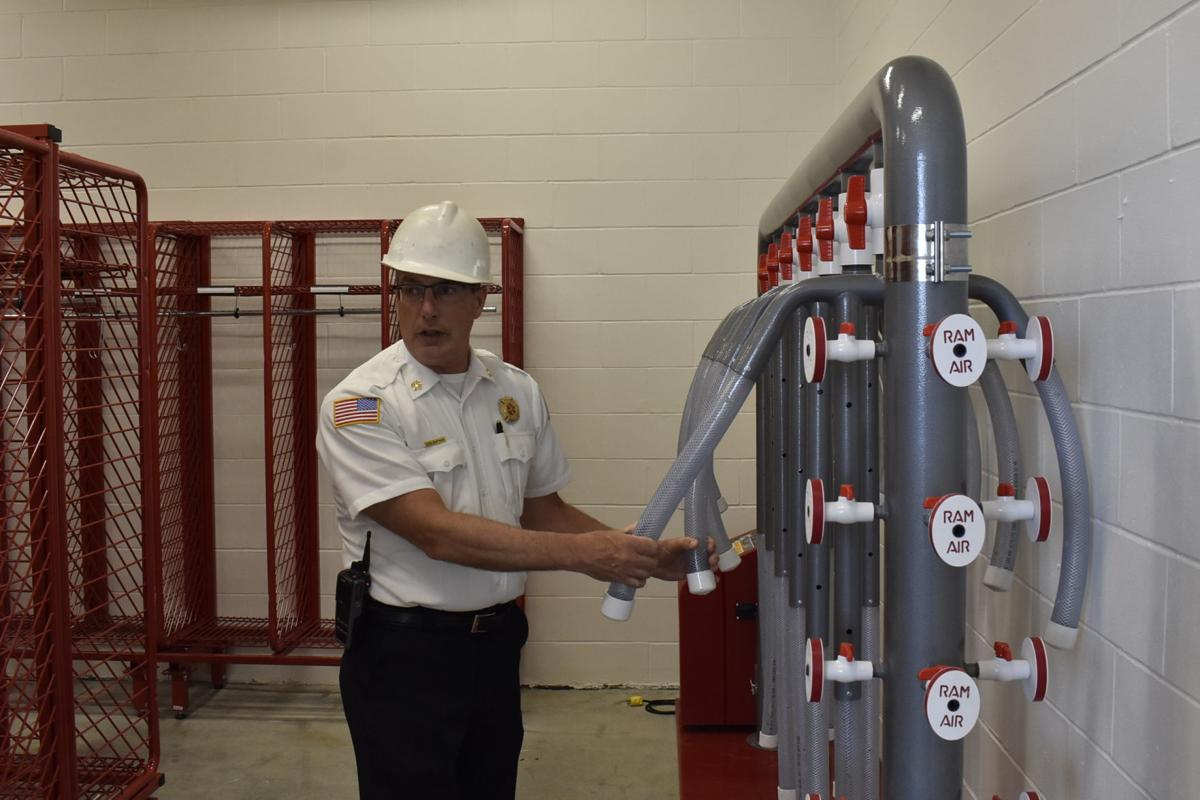 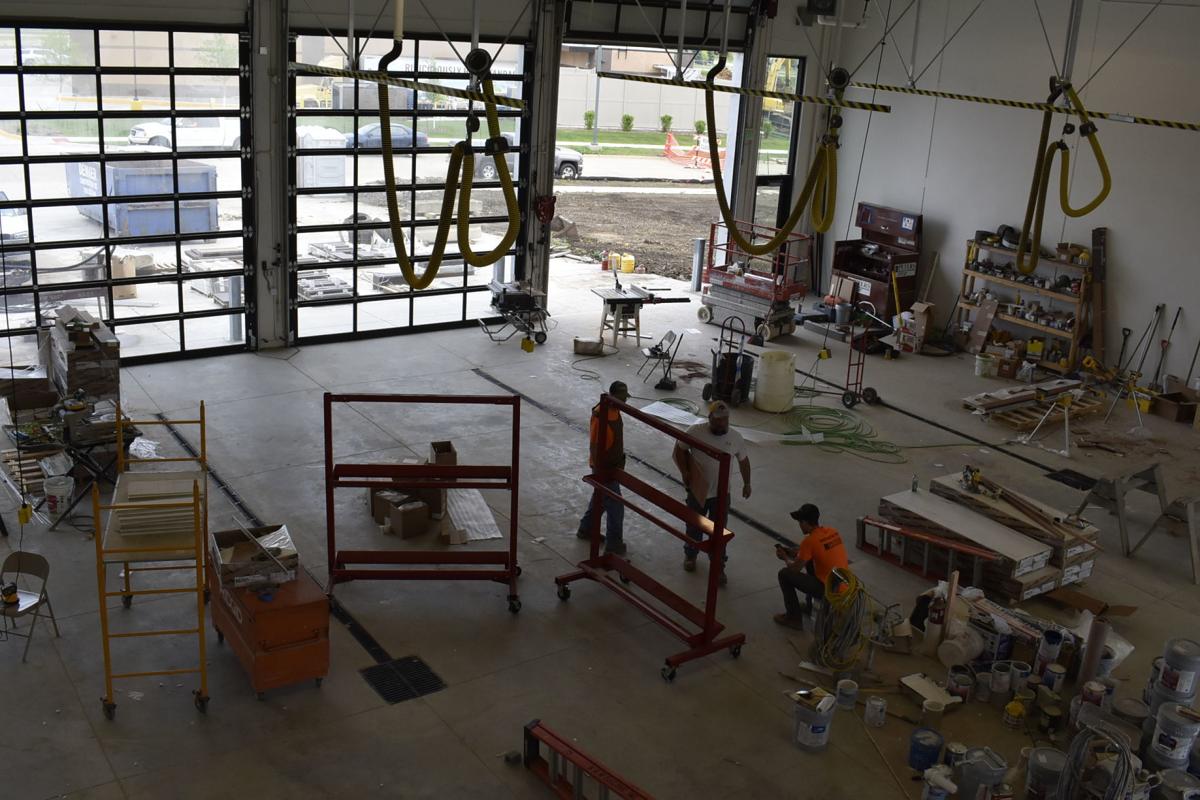 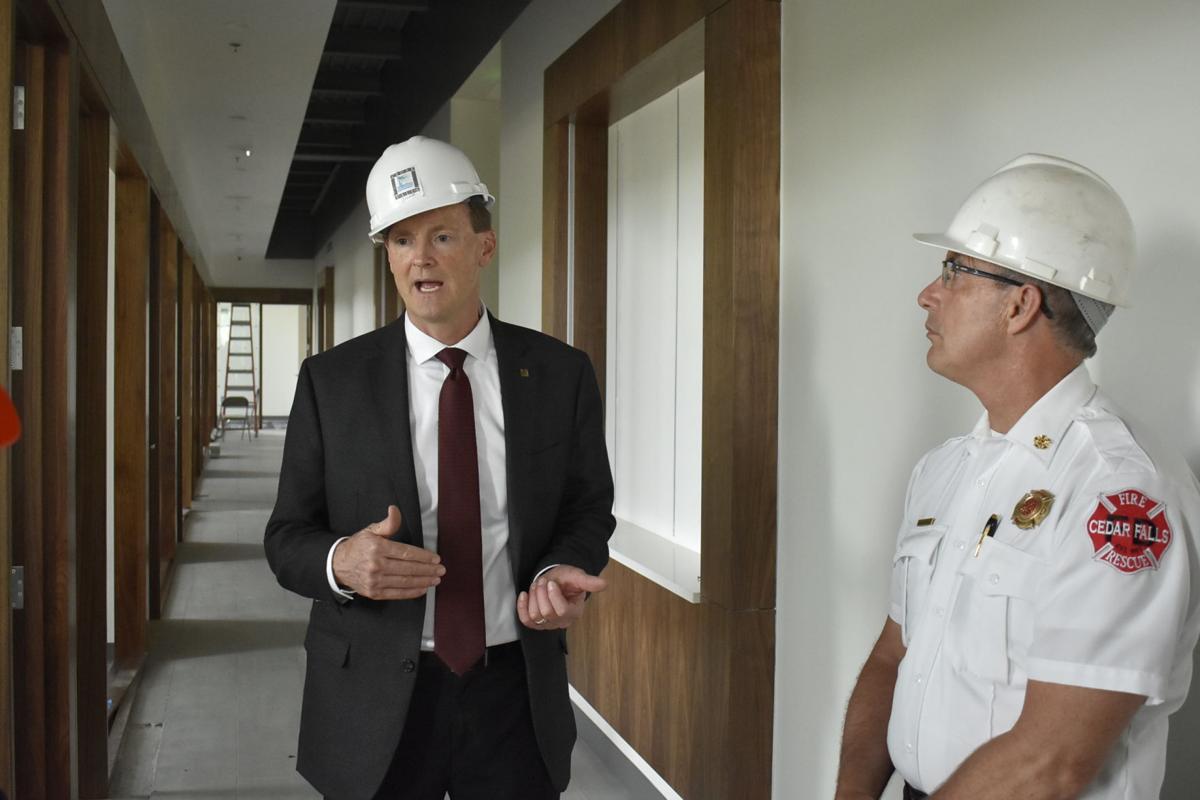 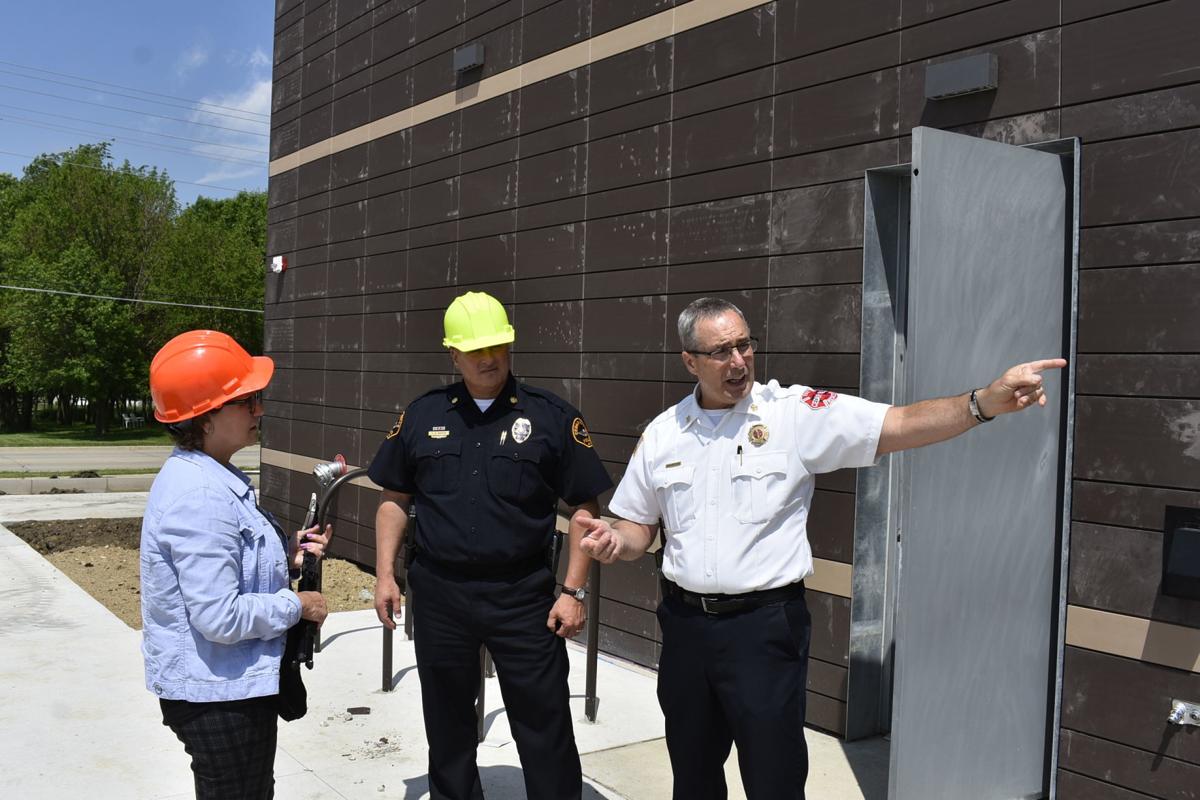 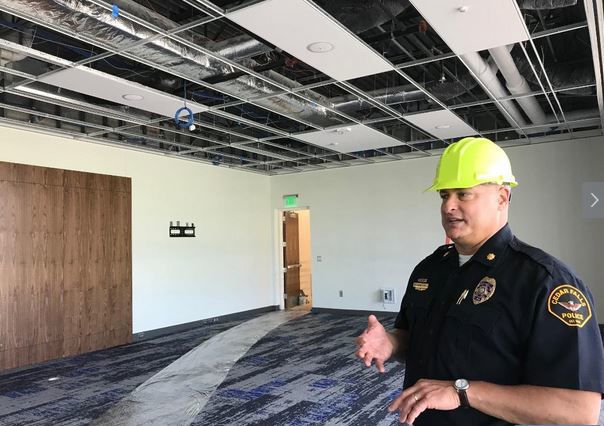 Assistant Police Chief Craig Berte describes a multipurpose room in the new Cedar Falls Public Safety Building that will be used for training, but also will be available for community groups to use. 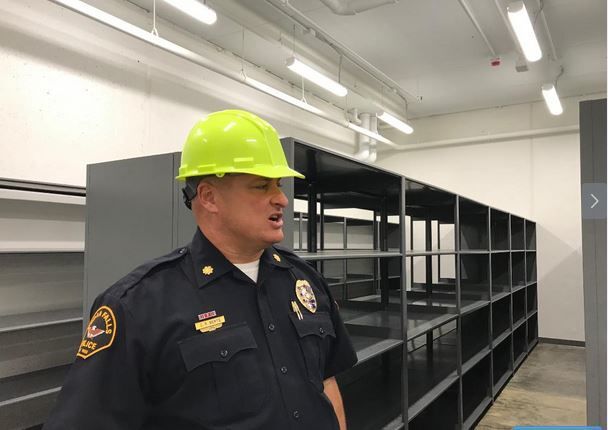 Assistant Police Chief Craig Berte gives a tour of the new evidence storage room in the basement of the new Cedar Falls Public Safety Building at Greenhill and Main streets. The building will have a ribbon cutting June 24.

Walensky: Could see virus decline by end of July

Walensky: Could see virus decline by end of July

Waterloo officials pushed back the proposal at a March 15 meeting to potentially join forces with nearby cities.