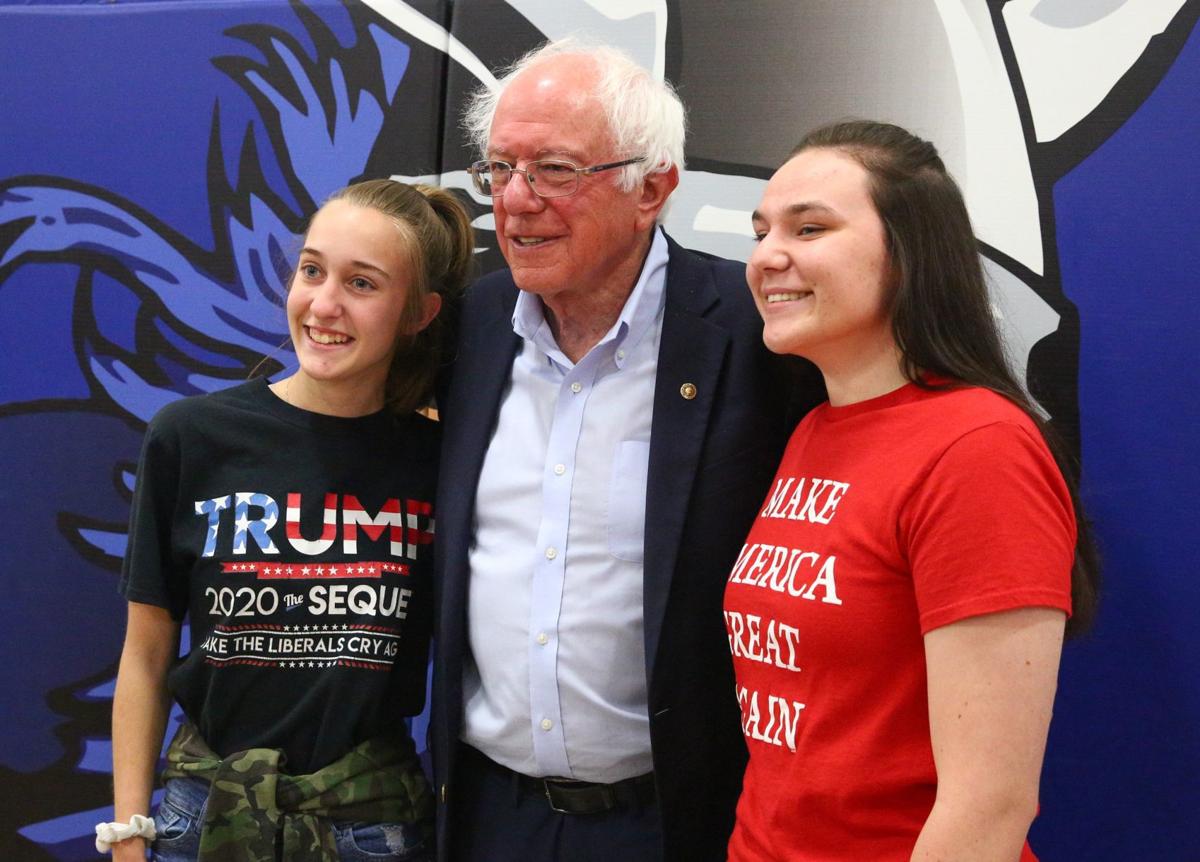 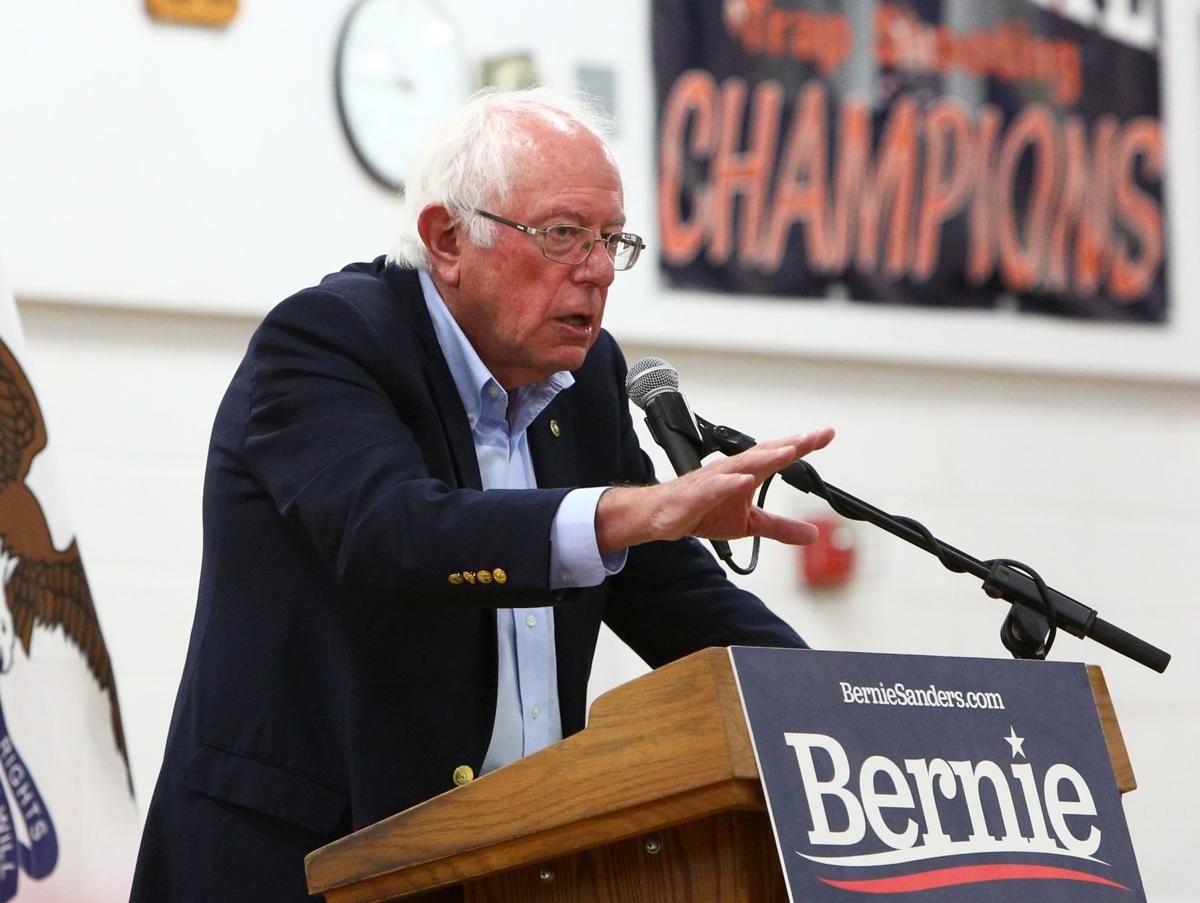 MASON CITY — When presidential candidate Bernie Sanders blew through North Iowa in early May, it was a fiery sort-of wind.

At the Mitchell County Fairgrounds in Osage, the junior U.S. senator from Vermont blasted corporate farming and agribusiness. He talked about familiar themes of political revolution as protest songs played over the PA system.

Monday morning at Northwood-Kensett High School, the 2020 Democratic campaign’s oldest challenger took a different tack with a gym full of students and faculty.

He used his speech to try and impart some civic wisdom.

Sanders urged students not to let their democracy be wasted, because so many before them died to secure their rights.

He said while they might not care much about what he had to say today, over time his words will eventually ring truer.

Instead of just barking at students about the top 1% controlling 40% of the nations’ wealth, he asked students about it. He framed a perceived lack of media coverage on income equality by asking, “Why do you think that is?”

On several occasions, a student would stand and anxiously give a response.

When he asked, “What do you think it means to live paycheck-to-paycheck?” a camo-clad teen answered that it means most of your money goes to pay bills and cover necessities.

Instead of lecturing about the benefits of public education, Sanders urged students to consider the issue for themselves. One surmised education gives more people a fair shake by helping them pursue jobs they want.

Sanders, who is third in the latest Iowa Poll of potential Democratic caucus-goers, visited Northwood-Kensett at the invitation of social studies teacher Monte DeArmoun. DeArmoun has reached out to all Republican and Democratic candidates for the past seven presidential cycles. Sanders was just the second to take up the offer after Republican candidate Morry Taylor in 1996.

According to Northwood-Kensett Superintendent Michael Crozier, a major motivating factor for having Sanders there was to offer a “learning experience” to the student body.

“I think kids got to see the press, what it takes, all the staff members, and I think it’s good,” Crozier said.

While students were the primary focus, community members took up the first several rows of the 200-person event.

Ken Block thought Sanders’ speech was “very appropriate” for a school setting. He hasn’t chosen a candidate for himself yet, but said there are “several good candidates” and he “will not be a Trump supporter.”

Whatever political disagreements they might have had while going through the line ended, for a moment, when they met the candidate.

Then it was all smiles.

Coil stepping down as field gets crowded in Cedar Falls school, city elections

Cedar Falls Board of Education member Joyce Coil will not seek re-election, but there's no shortage of candidates to contend for her seat -- or that of other incumbents -- Nov. 5. Many candidates will also be competing in Cedar Falls city elections.