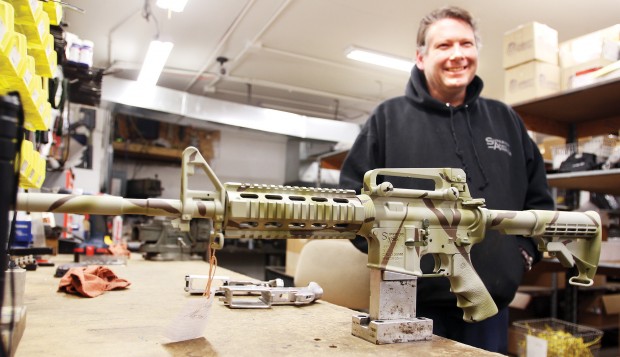 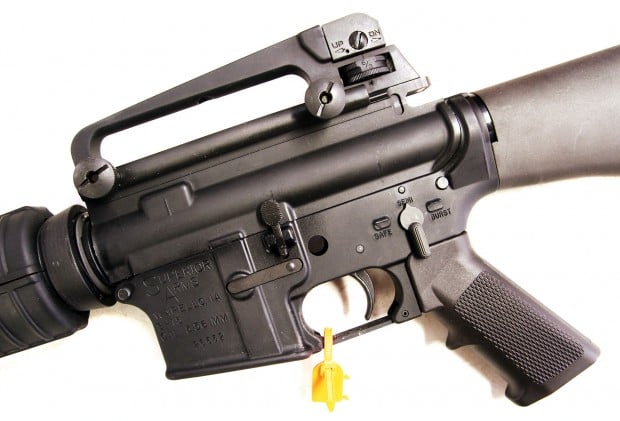 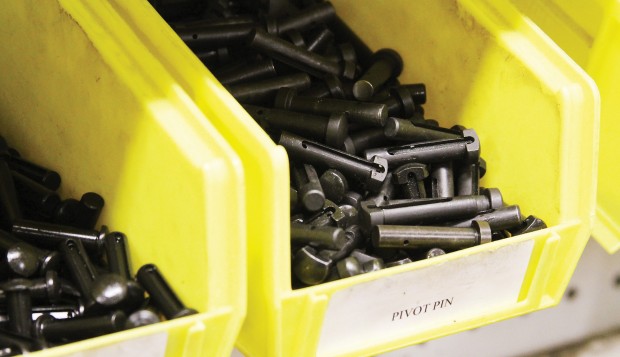 DES MOINES --- Pro-firearm lobbyists and legislators who scored big on the "shall issue" legislation last year are pushing their agenda with renewed vigor.

More than a dozen bills related to firearms have been filed, covering topics as varied as defining the types of firearms security guards and private investigators can carry to allowing agencies that seize weapons and ammunition the ability to sell them to the public.

Some of the measures --- such as selling seized ammunition --- aren't expected to even make it to a full committee hearing this session. Others, though, have some juice behind them and will make it to the floor.

Critics contend firearm advocates are asking for too much too quickly.

Advocates maintain they're only asking to bring Iowa to the same level as most other states. The "shall issue" law, which obligated county sheriffs to give concealed carry permits to any person who met requirements, was just the first step in the right direction, according to proponents.

"The gun bills are popping now because of the successful bipartisan support on the 'shall issue,'" said state Sen. Shawn Hamerlinck, R-Dixon. "That one bill sprouted debate for the next two years of figuring out how to define the Second Amendment in Iowa."

State Rep. Matt Windschitl, R-Missouri Valley, is an ex-Marine and gunsmith by trade. At 27, he's among the younger members of the House and certainly the youngest member who garnered a leadership position in the Republican majority.

He also introduces a lot of firearm legislation, including a bill subject of contentious debates last week.

Known as the "castle doctrine" or "stand your ground bill," the legislation allows a person to use reasonable force, including deadly force, to protect themselves or another person endangered. It also makes the person immune from civil lawsuits if they use that force and are not found guilty criminally.

It's a change from existing Iowa law that says a person can use deadly force to protect themselves or another person in their home, place of business or place of employment. Existing law is silent on civil immunity.

"The intent of the legislation is to make sure that law-abiding citizens can protect their life and liberty from threat of force, and the life or liberty of a third party, without the fear of prosecution or losing the farm defending themselves when they did use force in a reasonable fashion," Windschitl said.

The legislation has 28 co-sponsors.

Susan Cameron, a lobbyist who represents the Iowa Sheriff's and Deputies Association as well as the Iowa County Attorney's Association, is concerned about shootouts in the streets. She thinks the legislation encourages escalation of volatile situations, and she's pushed for training provisions that haven't made it into the bill.

"I think what most people want to do if there is a problem is have someone call 911, not pull out a weapon," Cameron said.

She also sees the bill as typical of the gun lobby this session, including the National Rifle Association.

"The NRA led the effort on the shall permit issue," Cameron said. "I think they were emboldened in the last election cycle to pass a lot of gun rights legislation this time around."

Scott Pope, a lobbyist with the Iowa Sportsman Federation, said the gun legislation isn't about pushing a new agenda as much as it is about leveling the playing field.

"In a sense, this is Iowa catching up to the rest of the country," he said. "We're nowhere near some of the states like Alaska, Arizona or Vermont ... What we're looking at is very middle-of-the-road."

The Sportsman Federation, which is affiliated with the NRA, favors the castle doctrine legislation is undecided on another sponsored by Windschitl. It is called the Firearm Freedom Act and says a firearm manufactured in Iowa, sold in Iowa and that stays in Iowa does not have to abide by federal regulations.

The Iowa version of the bill is modeled on similar legislation introduced in several states. The concept passed the Montana Legislature, which caught the attention of federal authorities with the Bureau of Alcohol, Tobacco, Firearms and Explosives.

"It is being litigated. The federal government is saying, 'States, you can't be outside the scope of federal law,' and the states are saying, 'Yes, we can," said Ross Loder, a legislative liaison with the Iowa Department of Public Safety.

The department is registered as "undecided" on the Firearm Freedom and castle doctrine bills.

Loder said figuring out the effect of the Firearm Freedom Act will take some time. Iowa has laws mirroring some federal regulations. For example, both state and federal law make it illegal to own fully automatic weapons. He said the practical effect would likely be less paperwork between buyers and sellers and less of a paper trail to follow, but there was still a lot of research that needed to be done.

Trista Frederick, public information officer for the ATF regional office in Kansas City, said the bureau "does not comment on pending legislation, per policy."

During committee debates on the Firearm Freedom Act, Windschitl often refers to firearm manufacturer Les Baer Custom, which is based in LeClaire. He maintains that kind of company could benefit from passage of the law.

"They could make an Iowa Special --- a gun by Iowans, for Iowans," ," Windschitl said.

Les Baer Sr. moved his namesake company from Illinois to Iowa two years ago when the Illinois General Assembly moved a bill banning manufacture of large-capacity gun clips. For Baer, the proposal was the final straw in a state he considers anti-firearm.

Baer expanded his business since moving across the Mississippi River and employs 30 people. He said he follows what's happening at the Statehouse when time permits.

"We do a lot of our business across statelines, I'd say at least 99 percent," Baer said. "I think if there were other manufacturers that wanted to move to Iowa, they would have moved years ago."

Terry Williams is co-owner of Superior Arms in Wapello. He's heard about the Firearm Freedom Act in Montana but isn't sure what effect, if any, the concept would have on his seven-employee shop.

"The majority of our sales are out-of-state," Williams said. "I think before we would know if it was a boon to our business, we'd have to figure out what exactly it would do. I do think that increased awareness usually helps the business."

Windschitl, meanwhile, maintains the castle doctrine and the Firearm Freedom Act, at their core, are about personal liberty.

"This is about reasserting our rights under the Second Amendment and the 10th Amendment," he said. "Time and time again, the federal government has overstepped its bounds."

Life on the streets of Kabul after Taliban takeover

Life on the streets of Kabul after Taliban takeover

In a quick and abrupt development with little explanation, state IDPH officials announced that the state’s medical director and epidemiologist will leave the agency.

Who, exactly, are behind the political action committees backing issues and candidates in city elections in Waterloo and Cedar Falls? And what are they advocating for?

The county won't join others across the state in allowing expanded use of off-road vehicles, saying the increase in registration fees wouldn't outweigh the potential dangers and damage to county parks.

Droppett representatives stopped by Overman Park on Monday to showcase its mobile can and bottle redemption trailer.

The airport hopes to lure more airlines, such as gambling charter flights that take passengers directly to casino destinations, by reducing the fees those airlines have to pay.

Mayor Rob Green is seeking re-election to a second term against challengers Dave Sires, an at-large councilor, and Tom Blanford, a former councilor.

Cedar Falls City Council is now slated to vote on the second readings of the downtown zoning ordinances Nov. 1.

Grassley, 88, a Butler County family farmer from New Hartford and the longest-serving U.S. senator, made the announcement at 4 a.m. via Twitter.