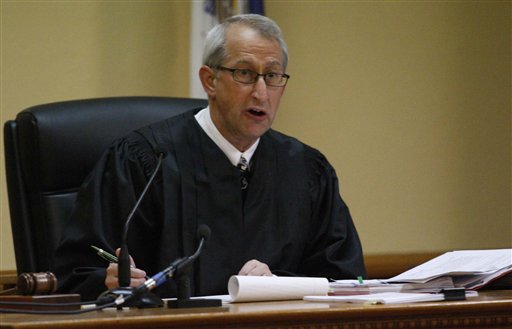 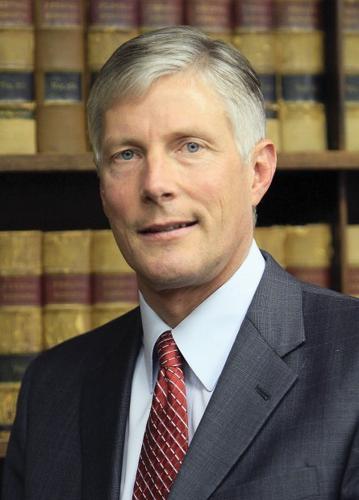 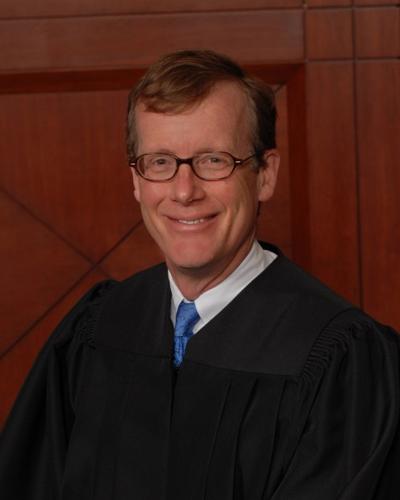 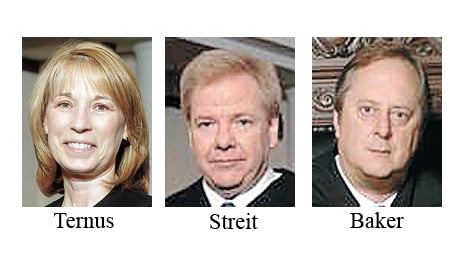 These three Iowa Supreme Court justices are up for retention in the November 2010 election. They are, from left, Marsha Ternus, Michael Streit and David Baker. (COURTESY PHOTOS)
By JEFF REINITZ,

WATERLOO, Iowa --- A Waterloo judge has been named to the Iowa Supreme Court.

Also named to the Supreme Court were Iowa Court of Appeals Judge Edward Mansfield of Des Moines and Thomas Waterman of Pleasant Valley, who is a private practice attorney.

The three were chosen to fill the openings created when former Chief Justice Marsha Ternus and associate justices Michael Streit and David Baker were defeated in retention votes last November.

"It is the role of the judiciary in the state of Iowa to say what the law is, as applied to cases before the courts, rather than saying what the law should be," Brandstad said in a prepared statement as he announced his choices. "The separation of powers is central to our Iowa Constitution."

Zager, a married father of three, earned his bachelor's degree from the University of Iowa in 1975 and obtained his law degree from Drake University Law School in 1980. He spent 18 years in private practice and served part time as a Black Hawk Assistant County Attorney for 12 years.

He was appointed to the district court bench in August 1999.

Supreme Court Chief Justice Mark Cady said he is pleased with the appointments.

"The three appointees possess the qualities essential for judicial office: integrity, keen intellect, solid legal experience, and most important, respect for fair and impartial justice-the hallmark of Iowa's court system," Cady said. "We look forward to working with the new justices and we welcome them to the court.

No arrests or injuries were reported, but they all proved to be substantiated to varying degrees.

He said with the city’s recent accomplishments, 'never again' will someone ask why, but rather why not.

The focal point of the new logo is a stylized letter 'W' which will be featured in a 'Fly the W'community pride campaign.

Councilor Simon Harding was absent when the first vote was taken and wants to do his due diligence to determine if giving up the acreage is the best move.

The city of Waterloo and Honeywell jointly hosted a “Smart City” event on Tuesday night.

Three councilors voted against the agreement with CF Storage, LLC while Simon Harding was absent and Dave Sires abstained because of a conflict of interest.

She was promoted after Mark Howard, a former captain, was named the police chief earlier this month.

Joe Leibold will head the Waterloo Police Department after he was appointed and sworn in by Mayor Quentin Hart at Monday’s City Council meeting.

These three Iowa Supreme Court justices are up for retention in the November 2010 election. They are, from left, Marsha Ternus, Michael Streit and David Baker. (COURTESY PHOTOS)
© Copyright 2022 The Courier, 6915 Chancellor Drive, Suite B Cedar Falls, IA 50613 | Terms of Use | Privacy Policy | Do Not Sell My Info | Cookie Preferences
Powered by BLOX Content Management System from TownNews.com.
You don't have any notifications.