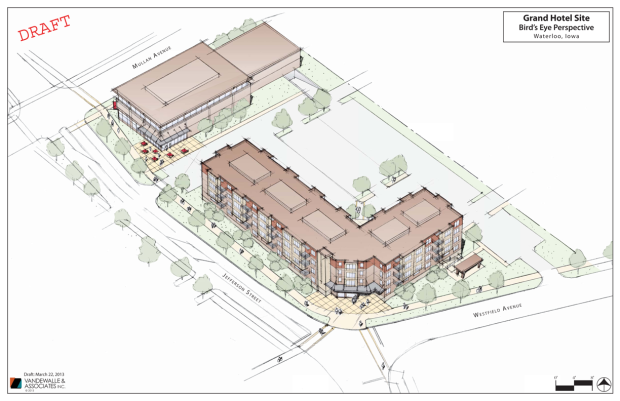 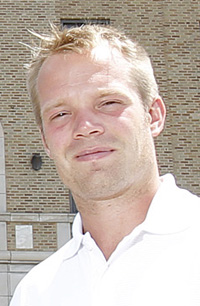 CEDAR FALLS | To this day the Cedar Valley continues to slowly heal from the damage caused by the 2008 flood, but that process is getting a boost from a new round of state-provided flood relief funds.

The Iowa Economic Development Authority is awarding more than $51 million in Community Development Block Grant funds to 16 cities across the state, including Waterloo and Cedar Falls.

Those funds will be used to pay for 21 new multifamily residential construction projects.

In Waterloo, the money goes to the Grand Crossing project at the former Grand Hotel site on the corner of Westfield Avenue and Jefferson Street. Headed by developer Brent Dahlstrom, Grand Crossing will consist of 68 units in a four-story building. The IEDA awarded Waterloo $3 million for the project.

“We’re obviously very pleased that the project got funded,” Seymour said. “I think it will make a great addition to downtown and Cedar Falls in general.”

“A major part of our work here at IEDA is making sure we have strong communities where people want to live,” said IEDA Director Debi Durham. “Administering this disaster recovery funding to help Iowa’s cities and towns rebuild is vital to the economic success of our state.”

CEDAR FALLS — West Fork Crossing will soon have lots developed for single family homes northwest of where the new high school is being built.

“More and more people have become interested in bikeable and walkable communities and lifestyles."

DES MOINES — Abortions would be illegal in Iowa once a fetal heartbeat can be detected — at six weeks, often before a woman knows she’s pregnant — under a pair of requests Iowa Gov. Kim Reynolds said Tuesday she plans to submit to Iowa courts.

Luana Stoltenberg said she attended the Jan. 6 rally to pray.

People of color could feel more repercussions from the Supreme Court's decision, according to legal and health care experts.

Between noon and 11 p.m. July 4 and noon to 10 p.m. July 3 and 5 is when fireworks will be allowed on private property – not in public areas like parks or sidewalks.

Inside Dubai center where sick turtles recover before returning to sea

Inside Dubai center where sick turtles recover before returning to sea

More than 2.2 million people in the U.S. live without running water and basic indoor plumbing

More than 2.2 million people in the U.S. live without running water and basic indoor plumbing