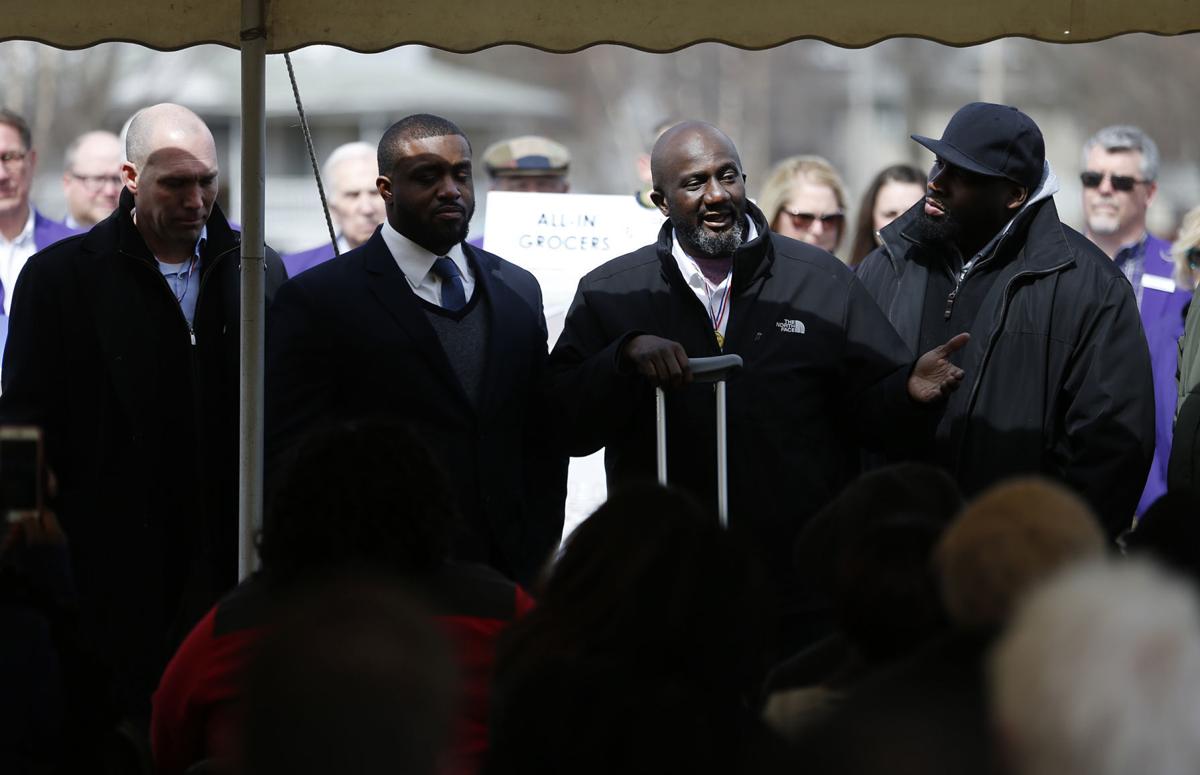 Rodney Anderson speaks during a ground-breaking ceremony for All-In Grocers in Waterloo on Monday. 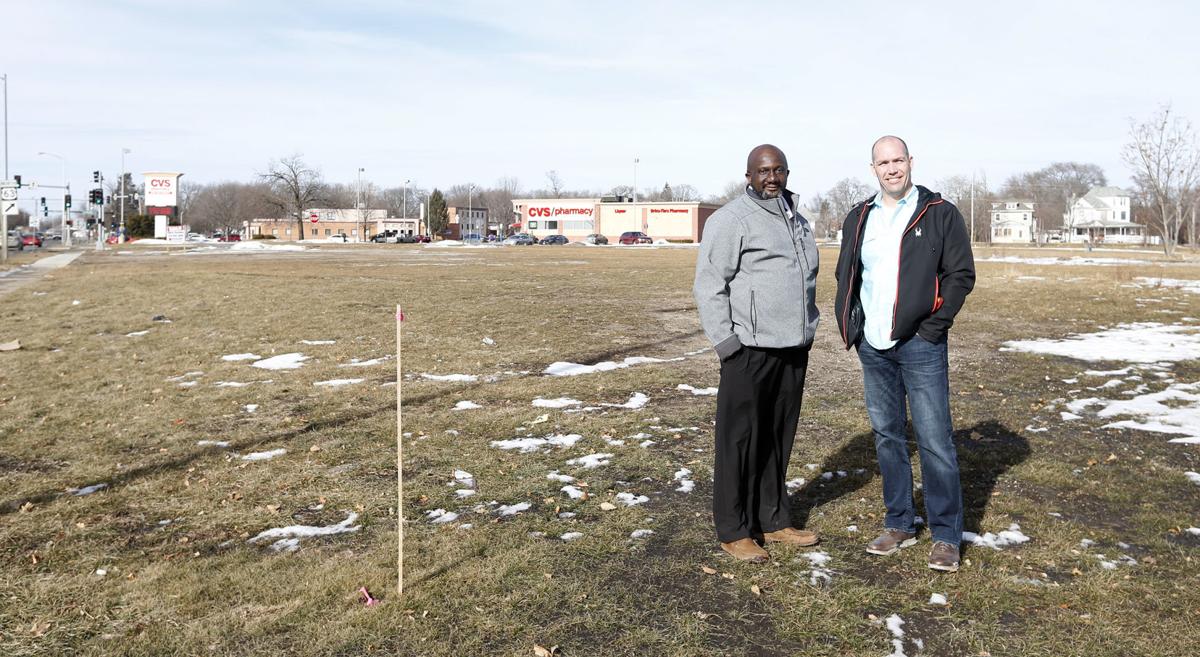 Rodney Anderson and Dan Levi are start construction soon on the All In Grocers supermarket to be located near the intersection of U.S. Highway 63 and Franklin Street in Waterloo.

WATERLOO — Developers are asking the city for another $500,000 to help build the new All-In Grocers project in the edge of downtown.

Central Property Holdings is seeking the grant on top of other incentives awarded last year to leverage construction of the new $8.9 million store, restaurant and community room near the CVS Pharmacy at U.S. Highway 63 and Franklin Street.

Waterloo City Council members are scheduled to vote on the request during their meeting at 5:30 p.m. Monday in City Hall.

“The city has invested a lot of funds and future rebates for this project to move ahead to the stage it is at today,” said Community Planning and Development Director Noel Anderson.

The original agreement called for the city to provide a $400,000 economic development grant; 10 years of 80 percent property tax rebates; and to acquire two properties for the project.

The city spent nearly $400,000 buying and demolishing the former House of Hope building at 222 Walnut St. Another $150,000 was spent building a new parking lot for Walnut Court Apartments so the previous lot could be incorporated into the store property.

While the developers broke ground on the store last April, work has stalled and the lot became overgrown with weeds.

The project is located in a tax-increment financing district, so the development incentives are coming out of taxes paid by properties in the district. The tax rebates would not be awarded until the store is constructed and begins paying property taxes.

WATERLOO -- Developers, city leaders and community members Monday celebrated the ground breaking for a new grocery store and restaurant in the…

Rodney Anderson speaks during a ground-breaking ceremony for All-In Grocers in Waterloo on Monday.

Rodney Anderson and Dan Levi are start construction soon on the All In Grocers supermarket to be located near the intersection of U.S. Highway 63 and Franklin Street in Waterloo.