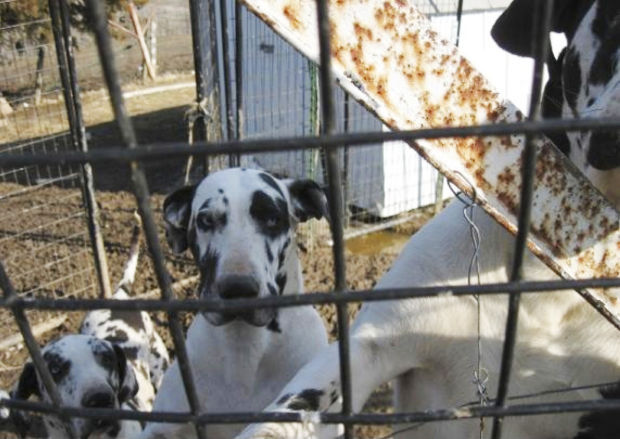 A dog breeding facility near New Sharon was shut down after USDA inspections found several violations. 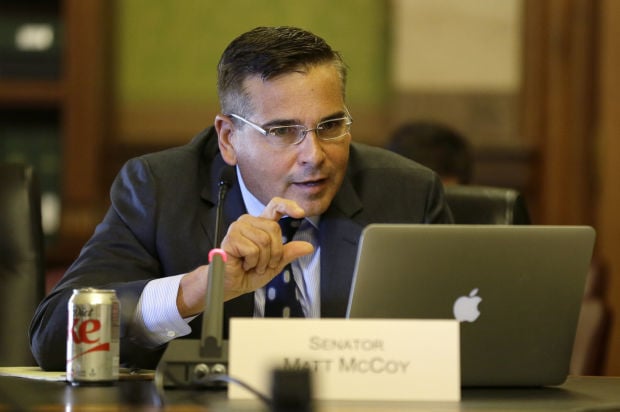 Currently, the state and USDA work together on inspections, and the state has permit authority. But inspection authority rests with the USDA, and only USDA-licensed facilities are inspected.

A chief bill sponsor said supporters would remove some requirements in the bill that deal with cage sizes and flooring. They also are willing to create a special classification for purebred breeders, who would be called specialized breeders, in order to gain their support.

The special classification would exempt breeders who can produce veterinary records on an annual basis from the proposed state inspections, said Sen. Matt McCoy, D-Des Moines.

It also would keep the focus on the bill’s main target: large breeding facilities where repeated animal safety violations are found, commonly known as puppy mills.

McCoy said the facilities run by specialized breeders he is willing to exempt are considered to be hobby breeders, with 10 to 15 dogs producing perhaps one litter of puppies in a given year.

“They were, unfortunately in the last piece of legislation, unintentionally brought into the inspection process,” McCoy said. “And most of these folks are, you know, not creating any issues related to breeding.”

The bill was sent to a Senate Ways and Means Committee subcommittee last year. Members of the American Kennel Club have opposed the bill.

Hillary Prim, public relations director for the AKC, declined requests for an interview, writing in an email, “The new bill hasn’t been introduced yet, so we can’t comment on it or speculate what might be in it.”

Prim also declined to comment on any meetings McCoy had with AKC members but forwarded a letter the organization wrote last year to the Senate in opposition to an earlier version of the current bill.

Writing on behalf of Iowa’s 64 dog clubs and other responsible breeders, the American Kennel Club argued that, among other issues, the legislation would unfairly restrict raising quality, healthy purebred dogs and would prohibit members from being involved in animal rescues.

“That AKC family out there is a very strong, and very vocal advocates for the welfare of dogs,” McCoy said. “But they felt like they were being singled out. And so my hope is that, with these changes in the legislation, that they will be supporters of this bill and that they can get behind this.”

Those favoring more state control over dog breeding facilities seek it because of difficulties USDA Animal and Plant Health Services inspectors have had keeping up with inspections.

“We’re one of the few states that does not have any state oversight of those USDA licensees, and so that is what we are trying to pursue,” said Mary LaHay, president of Iowa Voters for Companion Animals.

Iowa Department of Agriculture jurisdiction over USDA-licensed facilities could allow Iowa to require improved standards of care at breeding facilities and the power to enforce those standards, LaHay said.

“As long as it is just the USDA inspecting them, the state can’t dictate anything more restrictive in terms of standards because the USDA is not required to enforce our state laws,” she said.

Sybil Soukup, executive director of the Humane Society of North Iowa, said: “People often ask me what is the difference between a breeder and a puppy mill. To me, a puppy mill is anyone who puts wealth over welfare. In Iowa, it is definitely a political issue.”

The legislative proposal would build on laws Iowa already has to protect animals in commercial establishments. Chapter 162 of the Iowa Code, for example, defines legal standards for animal care in pounds, animal shelters, kennels, breeding facilities and research facilities.

These facilities need a certificate of registration or, in the case of pet shops, kennels and commercial breeding facilities, a license to operate from the state Department of Agriculture. Action the state has taken against the worst animal health offenders has been through the revocation of permits to operate.

“We can go and investigate those places as far as whether it is a state-licensed facility,” Dr. David Schmitt, Iowa’s state veterinarian, said. If “someone is doing something that causes adverse health or suffering, there is a provision for suspension, civil penalty and continued education,” he said.

Rep. Bobby Kaufmann, R-Wilton, is trying to gain support for the bill, and he says opinions on the issue don't split along party lines. He sees a difference between farmers and urban dwellers and legislative districts with breeders versus those without.

Kaufmann said good people who love the dogs they raise exist in Iowa.

“But there are also people who would treat puppies rather poorly.”

Other provisions in the proposed bill would:

A review of APHIS reports last year revealed some inspections were missed because a breeding facility operator was not available for the visit.

Iowa had 249 USDA animal care breeder/dealer licensed facilities going into 2015. Two APHIS inspectors are based in Iowa, with three based in other states also making inspections here.

APHIS has plans to add two more inspectors for Iowa, Lyndsay Cole, APHIS assistant director of public affairs, wrote in an email to IowaWatch. Additionally, Cole wrote, APHIS has one veterinary medical officer in Iowa and another available from out of state.

This story was produced by the Iowa Center for Public Affairs Journalism-IowaWatch.org, a nonprofit online news website that collaborates with Iowa news organizations to produce explanatory and investigative reporting.

"If you know any 18- to 24-year-olds out there, please encourage them to get vaccinated."

A dog breeding facility near New Sharon was shut down after USDA inspections found several violations. 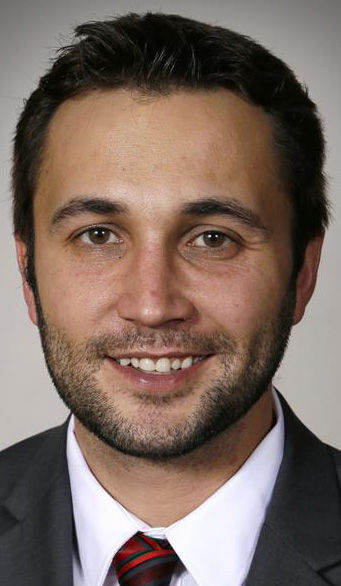 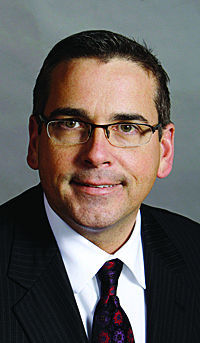