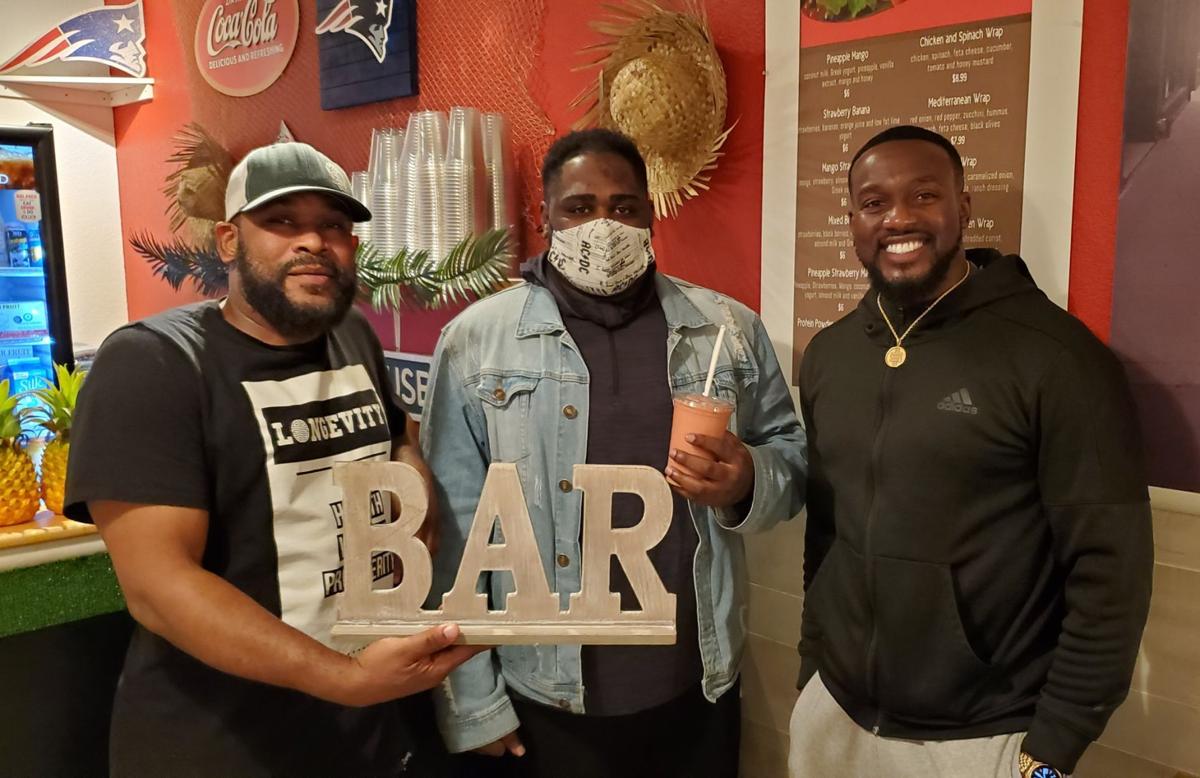 Rodney Lewis, left, owner of Rodney's Kitchen in downtown Waterloo, poses with Sherman Wise, far right, in a promotional photo for a new joint venture between the two business owners for a smoothie and wrap bar. But the venture never got beyond the trial phase, with Wise accusing Lewis in a widely-shared post Nov. 5, 2020, of Lewis cutting him out of the deal. Lewis disputes the account. 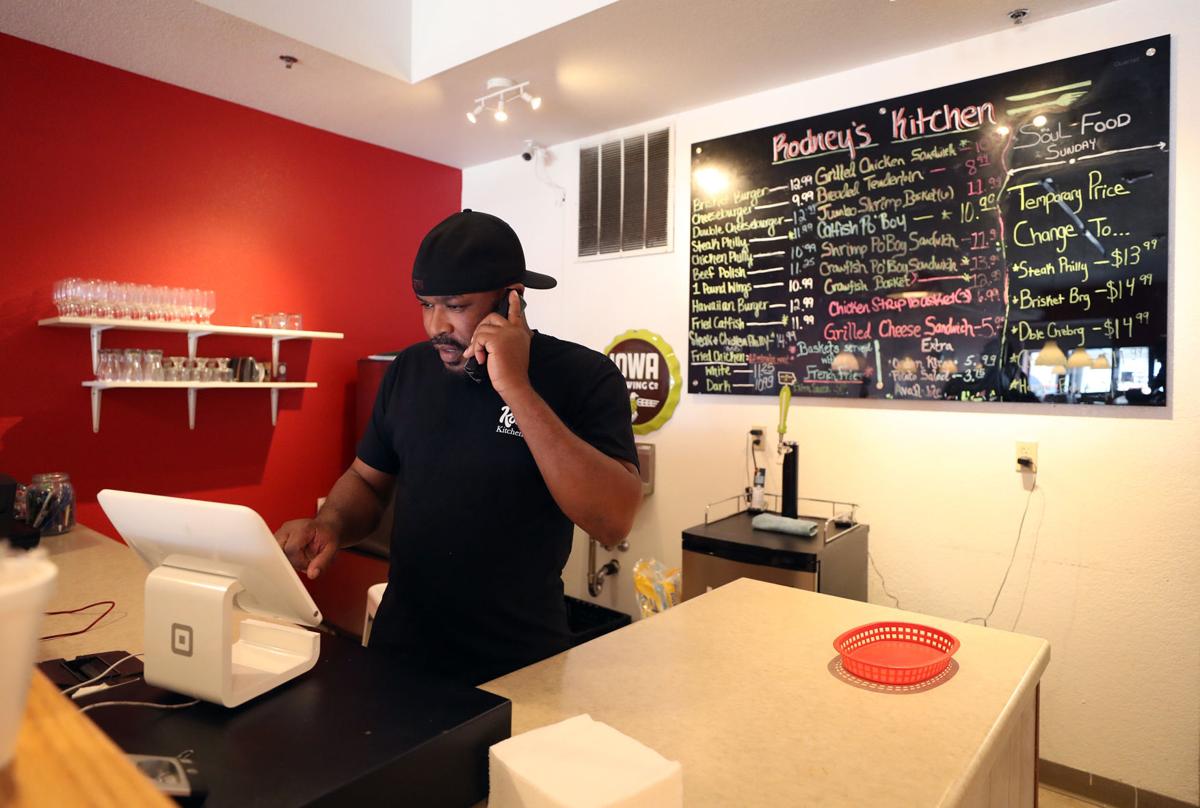 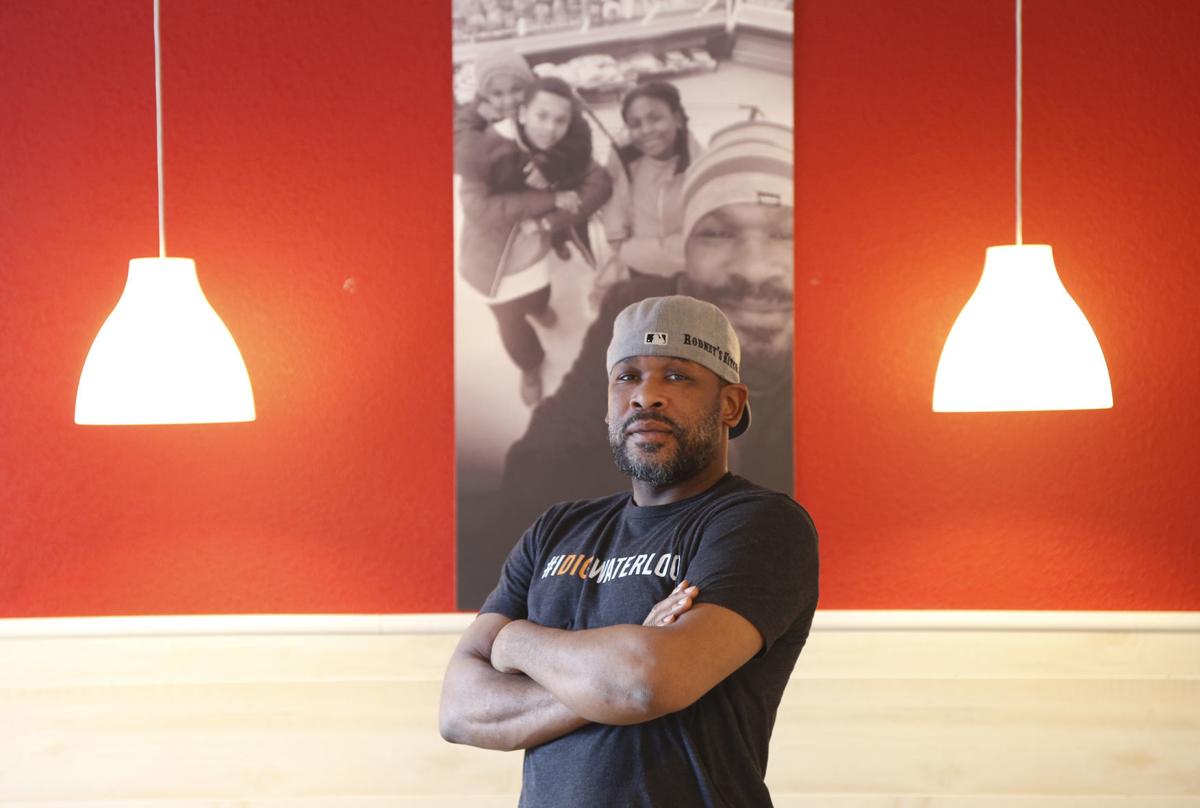 Rodney Lewis is owner of Rodney's Kitchen in downtown Waterloo.

WATERLOO -- A viral Facebook post alleging the owner of a downtown BBQ restaurant engages in questionable business practices has unearthed several former employees alleging the restaurant owner owes them hundreds of dollars in back pay.

Employees who say they previously worked for Rodney Lewis at his Sycamore Street restaurant, Rodney's Kitchen, paint a similar story of being paid in cash -- when they were paid at all -- and not made to fill out a W-2 form, which is required by federal law.

LaCrisha Nieland said she worked for Lewis when he first started up on the west side of Waterloo, and followed him to his larger storefront on Sycamore Street after that, from about April until August of 2017.

She quit twice, both times over issues with not being paid, and estimated Lewis owes her around $500, not including tips.

Nieland said Lewis didn't have her fill out a W-2, but said he kept money back for "taxes" anyway.

"Why he did that, I don't know," she said, noting he also "gave us blank W-2 forms when it was time to file taxes."

The Internal Revenue Service notes that every employer who pays an employee more than $600 during the calendar year must fill our a Form W-2 for each employee for whom income, Social Security or Medicare tax was withheld.

Wes Jackson said he worked for Lewis "for about six or seven months" once the restaurant opened up its downtown storefront, which was a few years ago, he said.

Jackson said he got paid on time while Lewis still had its payroll running through a partnership with Lederman Bail Bonds. But things deteriorated when the partnership went away.

Lewis confirmed that he did have a business partnership with Lederman Bail Bonds for a while, but that partnership ended about three years ago.

"Rodney's Kitchen was paying everybody -- Lederman had control of the payroll, so everybody got paid," he said.

Jackson said he estimates that between never receiving his last paycheck and not paying out on a catering gig, Lewis owes him at least $200.

Lindsay Dolan noted she only worked for Lewis "for a few weeks" in 2017, working in the restaurant and delivering food. She said Lewis never had her fill out any documentation, like a W-2 form, but she trusted him as someone she'd known for decades.

Jamie Aschenbrenner said she worked for Lewis for a total of three days a few years ago, during which time she said she was asked to invest money in Lewis's business and buy salad items with her own money.

"I asked multiple times when payday was, 'cause something didn't sit right," she said. "Payday was never."

Lewis claimed he paid former employees that way because they "asked me if I can pay them in cash," and confirmed he did not have "short-term" employees fill out W-2s.

"One of the reasons I did pay them in cash was they'd work for a week and get paid and disappear," Lewis said. He said, in other cases, employees might be on "government assistance" and he was "helping them out" by paying in cash.

He also disputed that any of his former employees were owed money. He said he doesn't employ anyone currently at his restaurant.

"Trust me, I don't owe anybody anything," he said.

GET THE BUSINESS: Become a member

Owners of local restaurants are adapting to the new conditions under the pandemic, but are still scratching back from what has been a serious blow to their businesses.

WATERLOO — Rodney Lewis, owner of Rodney’s Kitchen in downtown Waterloo, aims to be a positive influence in the lives of young people.

The owner of a local restaurant was arrested on two charges of credit card fraud after police say he took more than $150 from his girlfriend.

Rodney Lewis, left, owner of Rodney's Kitchen in downtown Waterloo, poses with Sherman Wise, far right, in a promotional photo for a new joint venture between the two business owners for a smoothie and wrap bar. But the venture never got beyond the trial phase, with Wise accusing Lewis in a widely-shared post Nov. 5, 2020, of Lewis cutting him out of the deal. Lewis disputes the account.

Rodney Lewis is owner of Rodney's Kitchen in downtown Waterloo.