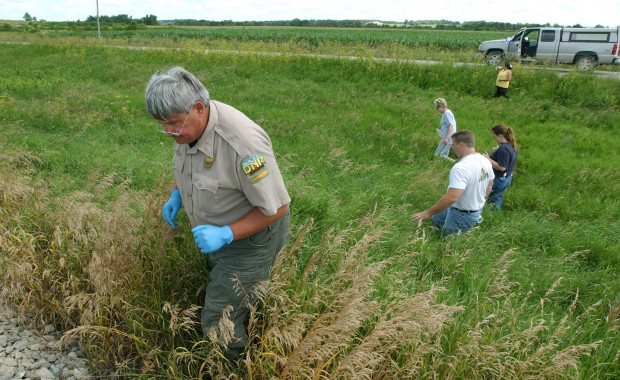 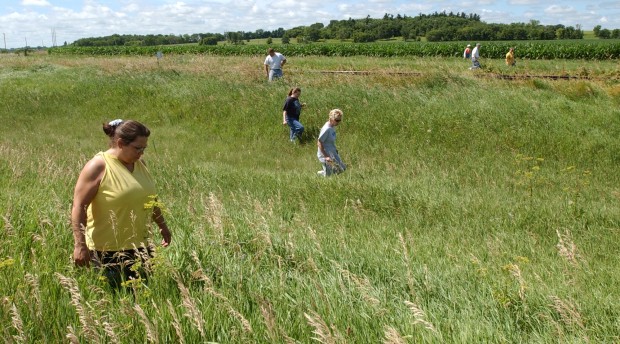 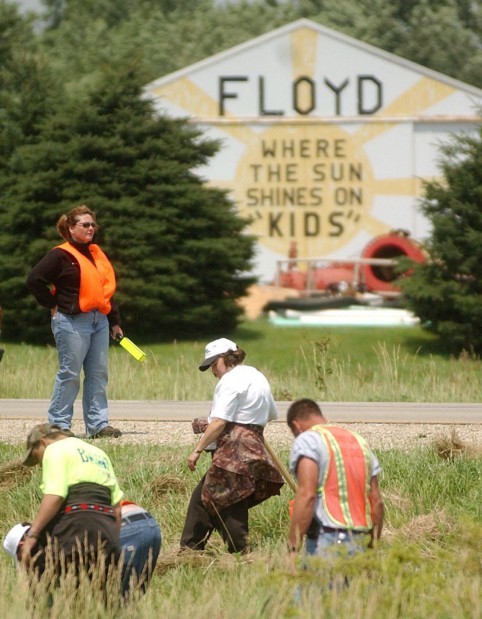 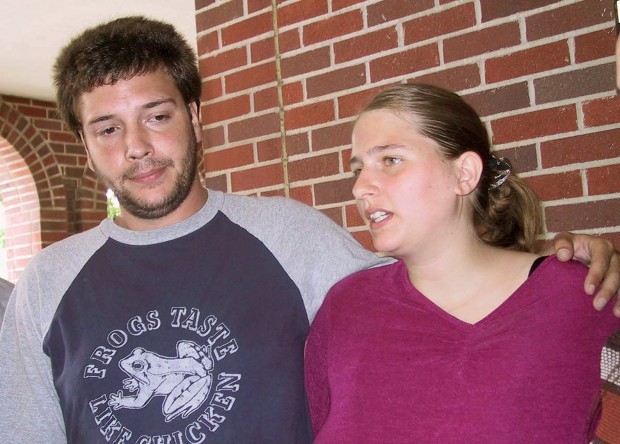 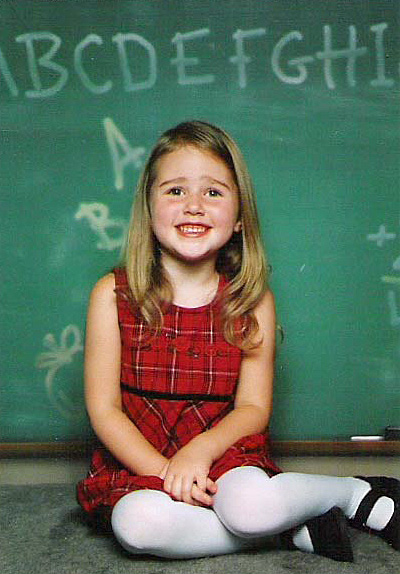 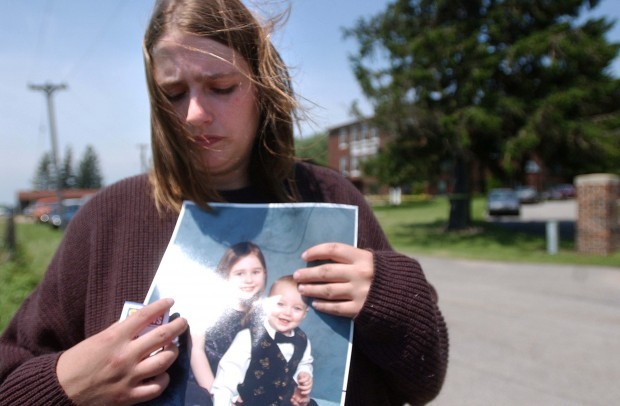 CHARLES CITY, Iowa --- Carrying 5-year-old Evelyn Miller's body from the Cedar River on July 6, 2005, was the hardest thing Floyd County Sheriff Rick Lynch has ever had to do.

"And the second hardest thing was asking one of the five deputies with me to help me do it," Lynch says.

Emotion engulfs him for a moment.

"I knew it would change his life."

After six days of searching, Lynch got the call a body had been found in the Cedar River. It was early evening.

"I don't know if it was the emotion, the stress; I couldn't even write the address down, my hand was shaking so bad," Lynch recalls.

Deputy Brian Tiedemann's heart sank when he got the message, particularly bitter for him. Tiedemann had overseen one of the largest searches in Iowa history, a massive undertaking that brought multiple agencies and more than 1,300 volunteers together.

He left the crowd to join other deputies on the riverbank. Lynch looked to him to help retrieve Evelyn's body.

"Things just kind of collapsed," Tiedemann says. "When we were searching, you had to keep a positive attitude. And, it wasn't impossible that we could have found her alive."

Officials and volunteers on July 1, 2005, faced acre after acre of corn and soybean fields surrounding a rural apartment building where the little girl and her family lived. Tiedemann and others quickly realized the need for expertise in ground search.

"I think that was what we did best during that search: We put ego aside and found the resources we needed," Tiedemann says.

One source was an expert from the Center for Missing and Exploited Children, another was Star 1 Search and Rescue, a group from Story County.

According to Jim Peters of Star 1, his group had just returned from two weeks of training in Utah. While there, a Boy Scout got lost and Peter's bunch helped in the search. That experience, being part of a 3,000-person effort, was important.

In Floyd, the temperature was a factor.

"It was hot," he says. " I remember putting in 18-, 20-hour days, getting two, three hours of sleep, getting up before the volunteers arrived."

Tiedemann says the help was critical, though. Ground searches are difficult to conduct for reasons people seldom consider: They must be done methodically and areas searched must be rechecked as the radius expands.

Layered over the effort was knowledge that the search was central to a criminal investigation, according to Lynch.

"We didn't talk about it publicly but that began almost immediately," he says.

By the end of the six days, volunteers and more than 230 agencies had turned out to look for the little girl. Which Peters says brought challenges as well.

"If you have 500 people, you have to figure out water, food, rest rooms. We probably had six to eight in the command area doing nothing but facilitating all of that," he says.

Tiedemann says the experience proved useful. In fact, the Floyd County Sheriff's Office and other agencies were called on just a few months later to search for a missing man, Jesse Patchin of Waterloo. His body was discovered in January 2006 between Marble Rock and Greene.

Prior to the Evelyn Miller case, Peters says Star 1 and the Division of Criminal Investigation often talked about creating what became known as the Child Abduction Response Team.

" ... That search helped push along the formation of it," says Peters, who serves as search management adviser for the group.

By the time Evelyn's body was discovered, searchers had checked and rechecked an area roughly covering a 5-mile radius around her home. Volunteers logged 9,000 hours in what remains the largest search in Floyd County history and likely Iowa in at least 20 years.

"It was a bad outcome, but it was a successful search in terms of how it was conducted," Tiedemann says.

Sheriff Lynch said it does not feel like much time has passed since those hot days when hope for finding Evelyn seemed to evaporate with each passing hour. He says he is proud of officers who went sleepless with worry over the small, blond girl with the big smile.

"I can look back and say we did a good job."

Lynch refrains from speaking about what is still an active murder investigation, but a sense of anticipation surfaces in his conversation for the time charges can be filed against a killer.

He says he often drives by the statue of a small angel placed in the Floyd city park for Evelyn.

Evelyn Miller's grandmother understands the nightmare of a child disappearing

WATERLOO, Iowa --- As the search for two missing cousins drags on in Evansdale, Linda Christie can't help but think about what happened to her…

FLOYD, Iowa --- Authorities used slightly more than seven years to collect what they believe will be enough evidence to convict Casey Frederik…

FLOYD --- At the feet of this angel, one answer is certain: Five years after her death, Evelyn Miller continues to be remembered.