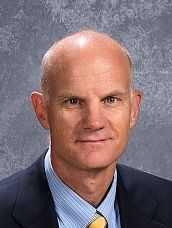 WAVERLY — The Board of Education approved a sharing agreement for a human resources director with two other school districts Monday after being notified that the city wanted to end their three-year arrangement.

“In reaching out to some other districts, these two were definitely interested,” Superintendent Ed Klamfoth told the board. The city of Waverly employs the current shared director and is moving that to a full-time dedicated position. The other two districts don’t employ a human resources person.

“We would hold the contract,” said Klamfoth. Waverly-Shell Rock will cover 60% of the director’s salary and benefits with the other two districts each covering 20%. He noted that the district will begin advertising immediately. A salary range is not set, but officials will look at candidates’ experience.

The wages of 175 support staff will be boosted by 3.04% for the fiscal year starting July 1 and 3% for 2022-23. For 2021-22, custodial staff will receive a 25-cent increase in hourly pay; wages will grow 50 cents per hour for food service staff, associates and secretaries; bus drivers will receive a $1 per hour increase; and substitute teachers will get a $5 daily boost in pay.

Hourly starting wages for the coming year will range from $14 for custodial aides to $20 for custodians; substitute teachers will be paid $125 per day. Wages for existing employees now range from $14.50 to $26.12 per hour for the various positions and experience levels.

Salary and benefits will grow by 3% each year for seven administrators and six directors. Central administrators, excluding the superintendent, and building principals are part of one group. The other group includes supervisors, coordinators and social workers.

The agreements follow a two-year contract with the Waverly-Shell Rock Education Association approved in April that includes a 3.26% salary increase and $685 base wage boost the first year followed by a 3% rise in salaries the second year.

In other business, the board approved hiring Katie Johnston as director of educational services to replace Bridgette Wagoner, who is leaving to become Mason City Community Schools’ director of curriculum and instruction. Johnston is currently principal of North Cedar Elementary School in Cedar Falls.

Wild horses in Bosnia cause headaches for farmers

Wild horses in Bosnia cause headaches for farmers

District will collect a projected $9.87 million in taxes during the fiscal year starting July 1, a $345,349 increase.

Iowa driving instructors, teachers question bill that would allow parents to teach their teenagers to drive

Iowa teenagers could learn how to drive from their parents, without any certified instruction, if Gov. Kim Reynolds approves legislation that is en route to her desk.

Cedar Falls ranks in the top 10% for Iowa along with the Cedar Valley's Denver, Waverly-Shell Rock and Hudson high schools.

Pending school board approval on Monday night, Mason City Community Schools will have a new director of curriculum and instruction.

The Board of Education this week extended Ed Klamfoth's three-year contract and boosted his total compensation by $7,397 to $252,605.