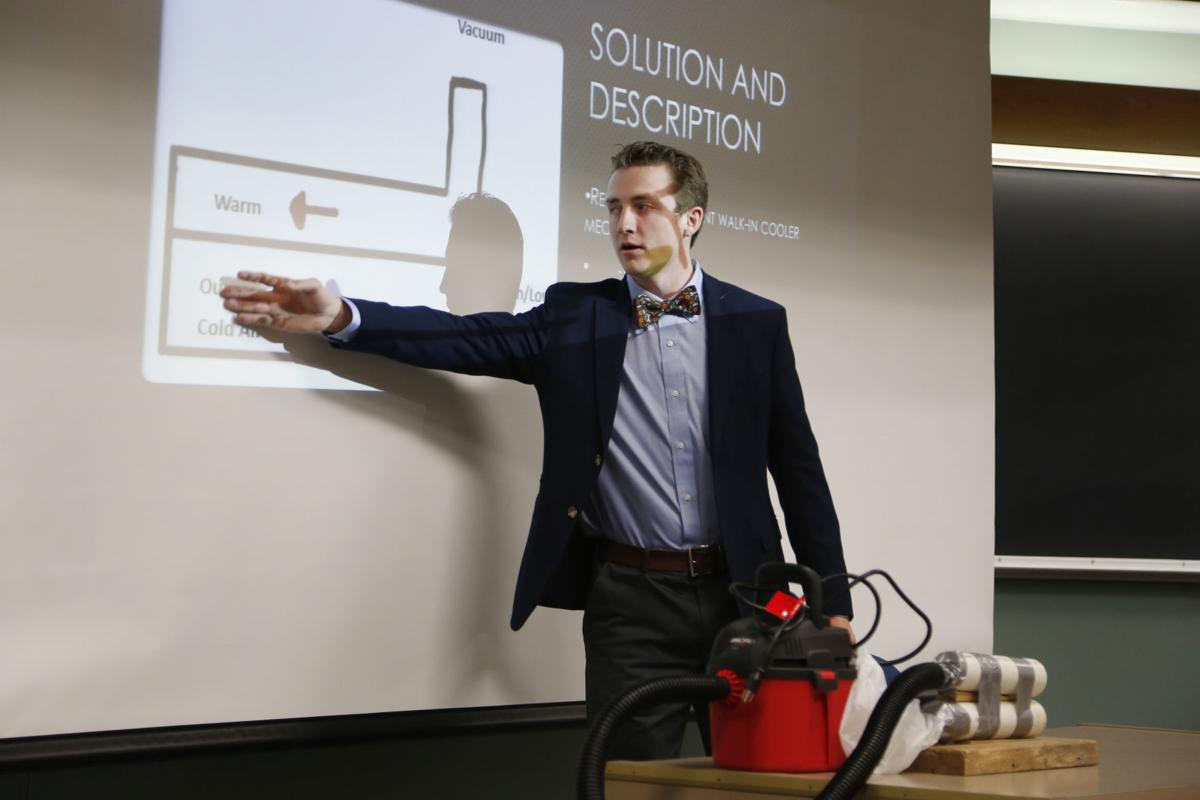 Will McDonald presents the Save Erator during the Wartburg Incubator program's Wicked Problems April 12 in Waverly. 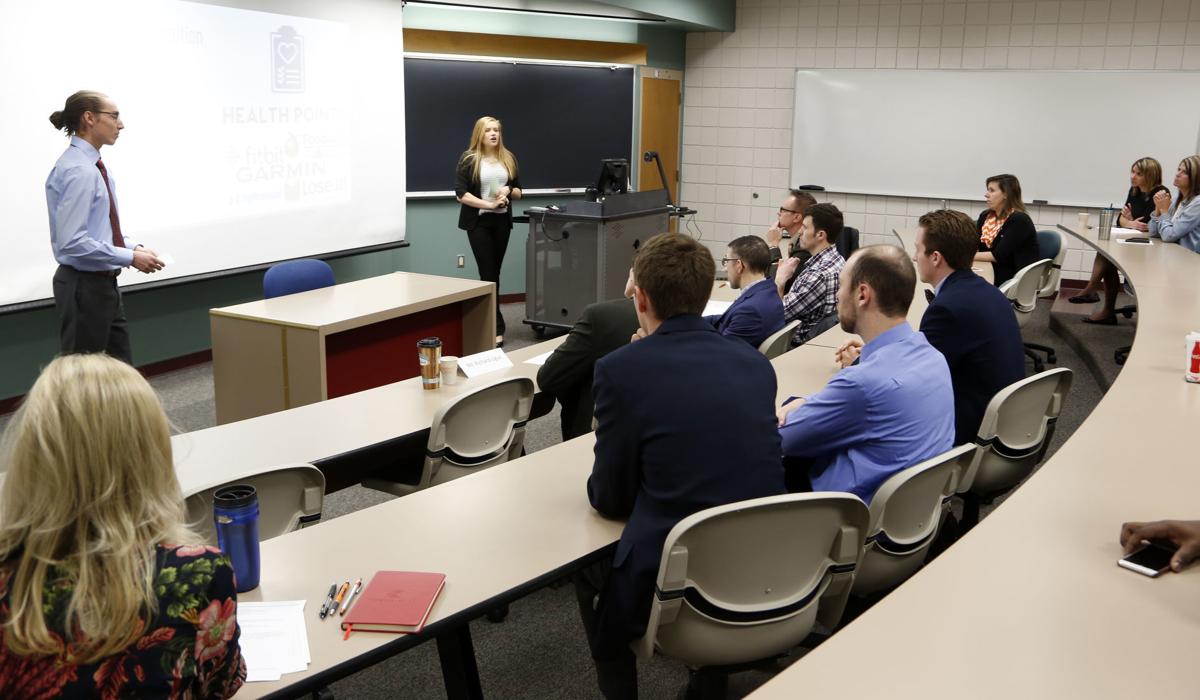 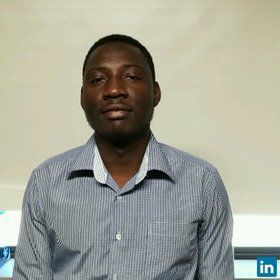 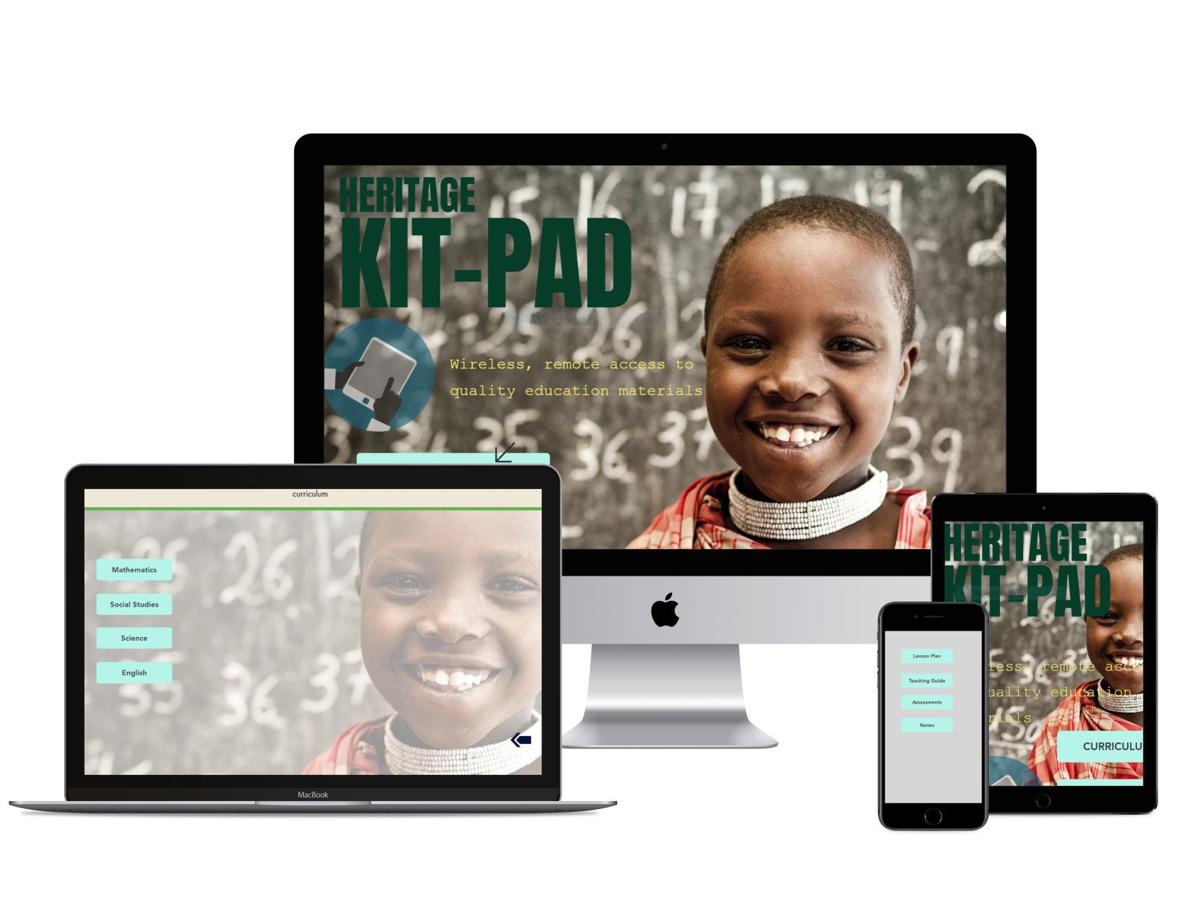 A mock-up of what the Heritage Kit-Pad may look like to a user on a mobile device. The app is the brainchild of Wartburg student Collins Kalyebi, who recently was granted $2,500 by the Wartburg College Incubator to further develop his product.

WAVERLY — Collins Kalyebi was a lucky child: In Uganda, his parents could afford to bypass their rural, community school and send their boy to private boarding school.

“Coming from this kind of school, there’s a difference in education,” the Wartburg College sophomore said.

Instead of pitying those children, however, Kalyebi decided he wanted to help teachers in those struggling schools with better, more robust curriculum. So he came up with a way to distribute lesson plans to those teachers, who may not have much formal education, money or even a reliable internet connection.

Kalyebi’s business idea is called the Heritage Kit-Pad — and it’s now $2,500 closer to becoming a real-life prototype, thanks to a grant from the new Wartburg Incubator.

The Heritage Kit-Pad can run on an iPad or cell phone and also tracks student progress and helps with classroom management, Kalyebi said.

It all began when the double-major in business administration and economics started his own community school in Uganda, which is now up and running.

“The experience of setting up a school and looking for teachers gave me the idea of some digital training,” he said.

So he set up a training and management tool similar to Heritage Kit-Pad, and found measurable success.

“After seeing the results, and the kids are still performing better, I thought, ‘Why don’t we expand the program into other community schools?’” Kalyebi said.

That’s the type of problem-solving the Wartburg Incubator wants to help facilitate, said Kristin Teig Torres, director of community engagement at Wartburg. The social entrepreneurship program launched earlier this year and is designed to help students with furthering their ideas.

“There’s definitely a culture on campus that shows these students are interested in solving these types of problems,” Teig Torres said. “We want to (help) funnel student ideas, help lift them off the ground and get them in touch with the right people.”

The idea came out of the college’s Center for Community Engagement and modeled after the Davis Projects for Peace, which awards $10,000 to those chosen as Davis United World College Scholars. Two Wartburg students have had their projects funded by Davis in the past two years, Teig Torres said.

“This is the same, but on a smaller scale,” she said.

Five projects, including the Heritage Kit-Pad, will enter the Wartburg Incubator this year, Teig Torres said. Two of those, besides Kalyebi’s project, will receive funding: Madison Bloker will receive $1,000 to add a documentary component to her Bound Blessings brand, and Ashley Reynolds will receive $250 to further BioBucks, which gives people an incentive for sustainable living.

The Wartburg Incubator will function as both a place students can go to learn from the college’s own faculty and staff, as well as connect with the larger business community. Teig Torres said they’re partnering with Mill Race in Cedar Falls to have both a maker space and a broader social network.

Kalyebi said he’s grateful for the grant money, which he said will help him start coding and building his prototype, which he hopes to have by next year.

“The need is there, and we hope with this system we can help get more teachers connected and — as a result — get more students connected and have access to an education,” he said.

Collins Kalyebi wasn't content with just building a school in his native Uganda: He wanted to come up with a way to turn Uganda's national curriculum standards into easy-to-use lesson plans and teaching guides to help kids and teachers across the country.

Will McDonald presents the Save Erator during the Wartburg Incubator program's Wicked Problems April 12 in Waverly.

A mock-up of what the Heritage Kit-Pad may look like to a user on a mobile device. The app is the brainchild of Wartburg student Collins Kalyebi, who recently was granted $2,500 by the Wartburg College Incubator to further develop his product. 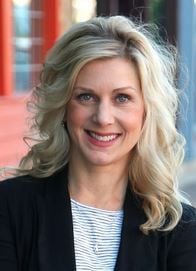 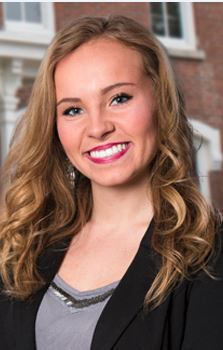