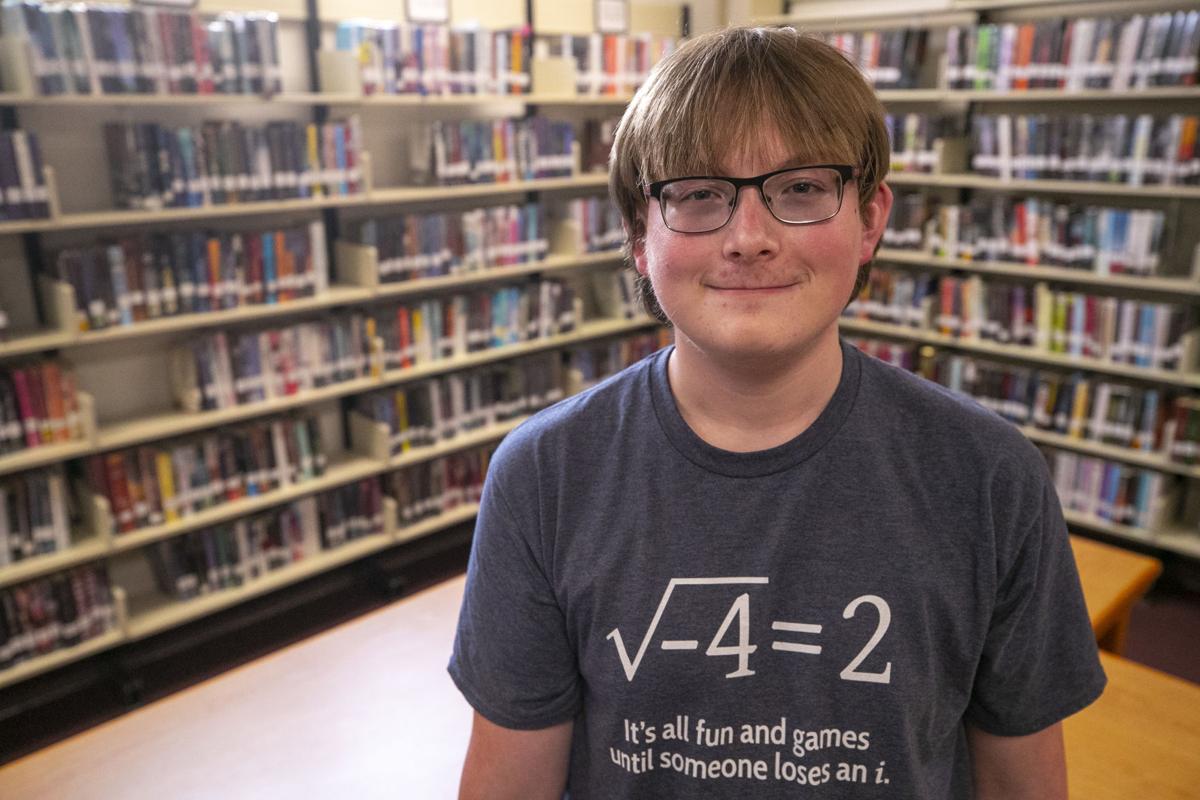 Union High School student Gabriel Jesse recently got a 36 on his ACT exam, the highest possible score and a rarity among test takers. 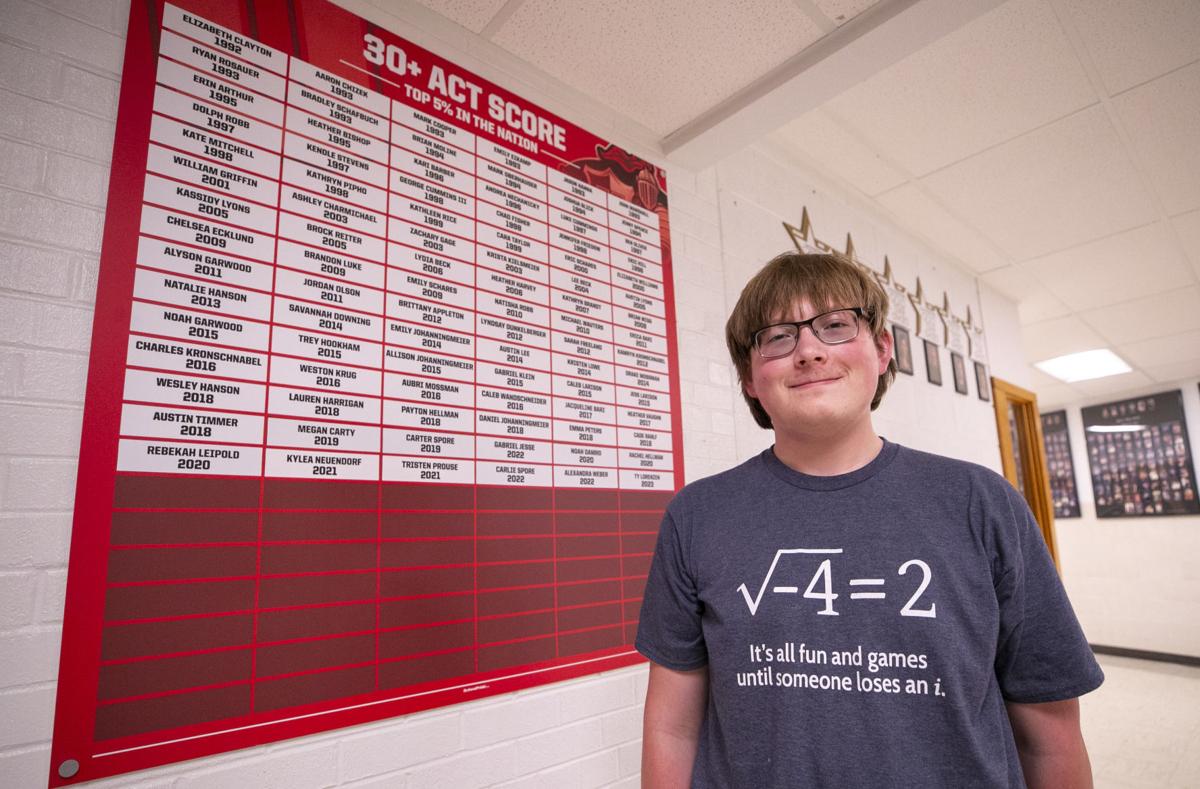 Union High School student Gabriel Jesse stands next to a sign denoting Union students who have scored 30 or higher on their ACT exam. His name was recently added after he got the highest possible composite score of 36.

After all, he first took the college entrance exam four years earlier and got a composite score of 33 out of a possible 36. Jesse had the opportunity to complete that initial test through the University of Iowa’s Belin-Blank Center, a program that serves gifted students throughout the state.

Even so, he was surprised with the result after taking the exam for a second time in June. He earned the highest possible composite score, a 36, on the test.

“After I got 33 in eighth grade, I knew I could do it,” said Jesse, and the top score was his goal. However, upon completing the test this summer “I didn’t feel like I really did that well.”

He felt good about much of his performance on the ACT, which is made up of tests on English, mathematics, reading and science – all scored on a scale of 1-36. However, in a couple of areas Jesse was not confident that he’d come up with the right answer, including on a few math questions.

“I knew enough to know I didn’t get them right,” he said. Jesse did fall a little short on the math and science portions, where he received scores of 35. But his composite score was pushed to the top because he got a 36 on the reading and English tests.

Achieving that composite score is quite an accomplishment. According to a news release from ACT, which is headquartered in Iowa City, fewer than half of 1% of students who take the exam earn a top score. For the previous year, the class of 2020, 5,579 out of 1.67 million test takers earned a 36, or 0.33%.

Amy Kriz, counselor at the high school, noted it has been eight years since someone earned a 36 on the ACT at Union. That was Natalie Hanson in 2013.

A curriculum-based achievement exam, the ACT measures what students have learned in school. The company says those who earn a 36 composite score have likely mastered all of the skills and knowledge they will need to succeed in first-year core subject area college courses.

“I was totally excited,” said Kriz, of learning about Jesse’s score, especially because he had done so well four years earlier. Most students don’t have the opportunity to take the test before high school and so any testing they do is typically later and re-testing is not so far apart. “For there to be such a gap and still be successful is awesome,” she added.

Kriz was also interested in the difference his years of high school education would make because “now, with a ton of curriculum under him, he was really prepared.”

Jesse took Advanced Placement calculus last year and is in two AP classes now, English and statistics (which he is taking online). In addition, he is in advanced chemistry and anatomy classes.

No real intensive study efforts were undertaken by Jesse ahead of the ACT to help ensure he’d do well.

“I didn’t prepare a lot for it,” he said. Instead, he focused on his performance by taking two practice tests and read a few articles about test taking strategies, including common mistakes and how to format his time. Students are allotted about three hours to complete all of the tests.

Jesse also signed up for another college entrance exam in advance. “I did take the SAT a week before,” he said.

He was feeling a little bit nervous the day of the test, but didn’t believe the stakes were too high based on his past success.

“I wanted to do well, but I didn’t think how I did would affect where I go to college, so there wasn’t much pressure on it,” said Jesse. He plans to go to the University of Northern Iowa in Cedar Falls after graduation.

“I think I want to study biology or chemistry,” he noted. “Then I want to go to Iowa State’s veterinary college after that.”

Animals have been important in his life. Jesse’s grandfather farmed while he was growing up and now his uncle runs the operation. His own family has always had some animals around their rural home, as well.

“We usually had a dog and several cats out in the country,” he said. “As long as I can remember, I’ve been wanting to be a vet.”

UNI ranked second among Midwest regional public universities – the same spot as in the past two years.

UNI enrolled 291 fewer students than in fall 2020, but the number of freshman have grown for the second year in a row.

Union High School student Gabriel Jesse recently got a 36 on his ACT exam, the highest possible score and a rarity among test takers.

Union High School student Gabriel Jesse stands next to a sign denoting Union students who have scored 30 or higher on their ACT exam. His name was recently added after he got the highest possible composite score of 36.