CEDAR FALLS — The University of Northern Iowa has tabbed a vice president from Mercy College of Health Sciences to lead the development and implementation of its new bachelor of science in nursing program.

Nancy Kertz will serve as the university’s executive director of nursing and chief academic nurse administrator for a new degree the university projects will initially serve 24 students in the fall of 2024.

Last week, the university received the blessing of the Board of Regents to move forward with providing the degree program to help address the state’s nursing workforce shortage. Officials hope it will also be another reason potential students apply and seek admission.

“The addition of Dr. Kertz to the UNI community marks a pivotal hire for our university as we seek to help fill a vital need in the Iowa workforce,” President Mark Nook said in a statement. “Research also indicates that nursing is one of the most in-demand fields of study among Iowa students seeking a four-year degree. We believe UNI is uniquely positioned to provide the combination of hands-on experience and curriculum necessary to serve the students and residents of our state. We are enthused to have Dr. Kertz join us to lead these efforts.”

Nursing program to launch at University of Northern Iowa in 2024

$2 million is the projected startup cost for the Bachelor of Science in Nursing program. A chief academic nurse administrator will soon be named to lead it.

With 17 years of experience in higher education leadership and nursing program development, Kertz will play a “strategic role in developing a cutting-edge curriculum” in addition to obtaining state and national accreditation, a university news release said.

Kertz joins UNI after serving as the vice president of academic affairs and provost at Mercy College of Health Sciences in Des Moines for three years, according to her LinkedIn page.

She also served on the president’s cabinet where she provided leadership in areas including academic and governance matters, strategic planning, institutional metrics, and diversity and inclusion strategies.

“I am delighted to join the University of Northern Iowa community and lead this important initiative to educate nurses and other health care professionals,” Kertz said in the release. “The national nursing shortage is intensifying at an alarming rate, and the state of Iowa is certainly being impacted in both rural and urban areas. I applaud the vision of President Nook and the UNI leadership team in developing an academic program that will help make a difference in the lives of countless Iowans.”

A $151.1 million budget was unanimously approved that includes average base rate hikes of 3%, 8%, and 9.5%, respectively, for electric, natural gas and water customers.

Prior to her role as vice president and provost at Mercy College of Health Sciences, Kertz had served as the college’s dean of nursing from 2016 to 2019. In that role, she led efforts to revise curriculum and develop new programs.

Kertz holds a bachelor’s degree and doctorate in nursing from Indiana State University and South Dakota State University, respectively, as well as certification as a family nurse practitioner.

State Football A GC vs. WC 1

State Football A GC vs. WC 2

State Football A GC vs. WC 3

State Football A GC vs. WC 4

State Football A GC vs. WC 5

State Football A GC vs. WC 6

State Football A GC vs. WC 7

State Football A GC vs. WC 8

State Football A GC vs. WC 9

A former employee is being paid $10,000 by the Waterloo Community School District after resigning.

In honor of her late husband, Cathy Irvine donated 215 acres of land from his family farm in northwest Benton County to the UNI Foundation to …

Walking around the Eastern Iowa Home and Landscaping Show in Waterloo

Scientists can tell what you eat by analyzing your hair

Scientists can tell what you eat by analyzing your hair

Does having more moons in the sky mean a longer time on Earth?

Does having more moons in the sky mean a longer time on Earth? 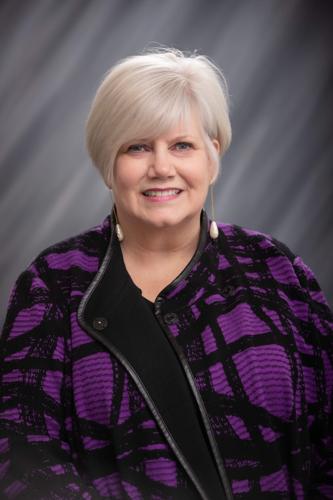