State wrestling: A Karns in the corner, and a Karns on the mat

CEDAR FALLS — A large majority of respondents to an online survey said they would vote in favor of a bond issue to improve high school facilities.

Cedar Falls Community Schools worked with the Donovan Group, a Wisconsin communications firm focused on education, to conduct the survey Jan. 7-21. One of the statements people responded to asked how they would vote on a referendum “if I felt it were the correct solution and it had a tax impact of less than $11 per month on a $100,000 assessed home.”

“These results indicate that nearly 84 percent of respondents would support a bond issue that would address the high school’s facilities needs,” said Jerry Gallagher, the firm’s Iowa representative and a former KWWL-TV news anchor.

The survey included 1,724 district residents plus another 238 people from the community without a direct connection to Cedar Falls Schools. Over 73 percent of the comparison group also responded positively to the statement. He noted that the company’s system ensures people don’t repeatedly fill out the survey.

However, the district may need to further refine any plans before putting a question on the ballot.

Gallagher explained the survey is not scientific and only provides “qualitative data,” more like a focus group. “Therefore, the results of the survey would not necessarily align with support for a future bond vote,” he said.

Nonetheless, he suggested people are aware of the high school’s facility needs.

“This number, 1,700 completed responses, is one of the best turnouts that we’ve ever seen,” said Gallagher. “So, I think that goes to engagement with the community on this topic.”

Cedar Falls Schools is looking at constructing a new building on a 50-acre site off West 27th Street purchased from the University of Northern Iowa to replace its aging facility at 1015 Division St. No action has been taken by the board at this point to set a voter referendum on funding construction. An informational session and tour on facility needs is planned at 6 p.m. today at Cedar Falls High School.

Superintendent Andy Pattee said based on a total project cost of $108-$110 million for a new school, the district would put a 20-year bond issue of $69.9 million before voters with the remainder funded through 1 percent sales tax revenues. At the beginning of the 20 years, the bond would add $10.77 per month to the tax bill of a home with an assessed value of $100,000. He projected that by year 20, that would be cut down to $5.94 per month.

In other business, the board approved a $263,300 bid with Service Roofing Co. in Waterloo to replace three roof sections on Peet Junior High School.

CEDAR FALLS — Cedar Falls Community Schools’ officials have done everything they can to prepare for a new high school.

Roofing bid to be considered by Cedar Falls school board

CEDAR FALLS — A $263,300 roofing bid for Peet Junior High School will be considered Monday by the Board of Education.

CEDAR FALLS — A petition will be presented to the Board of Education Monday calling for a $69.9 million bond issue referendum with proceeds us… 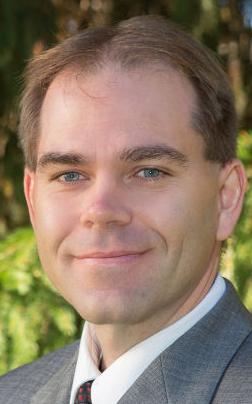