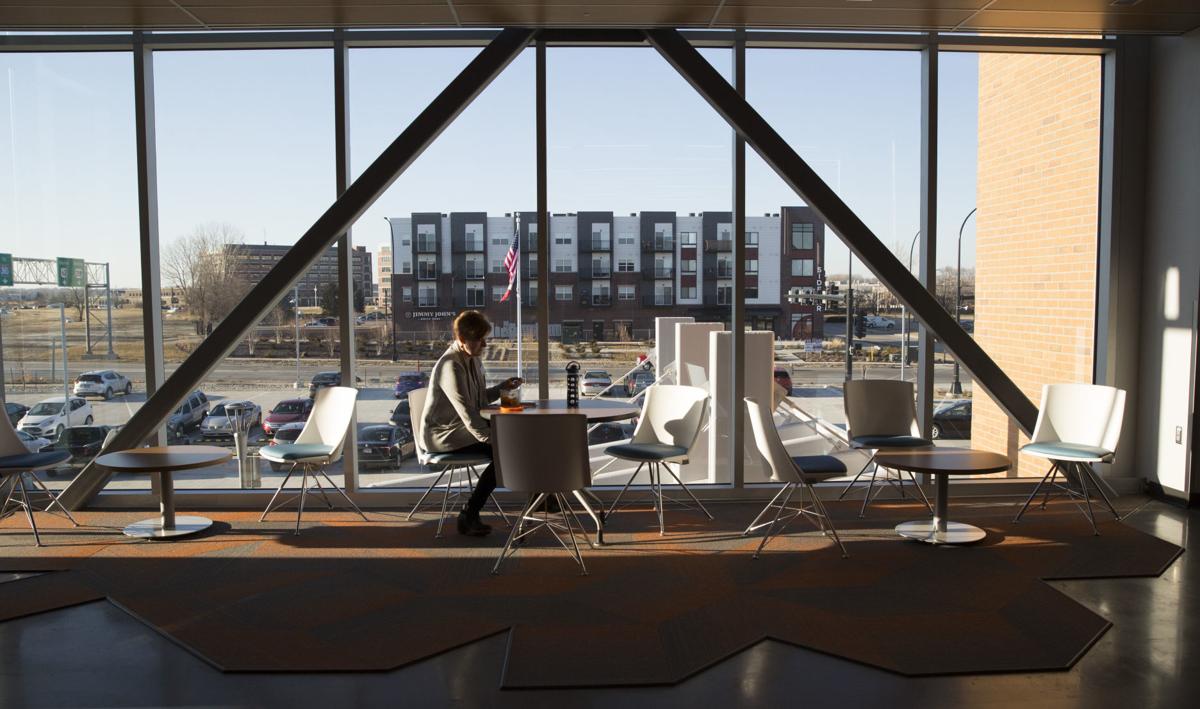 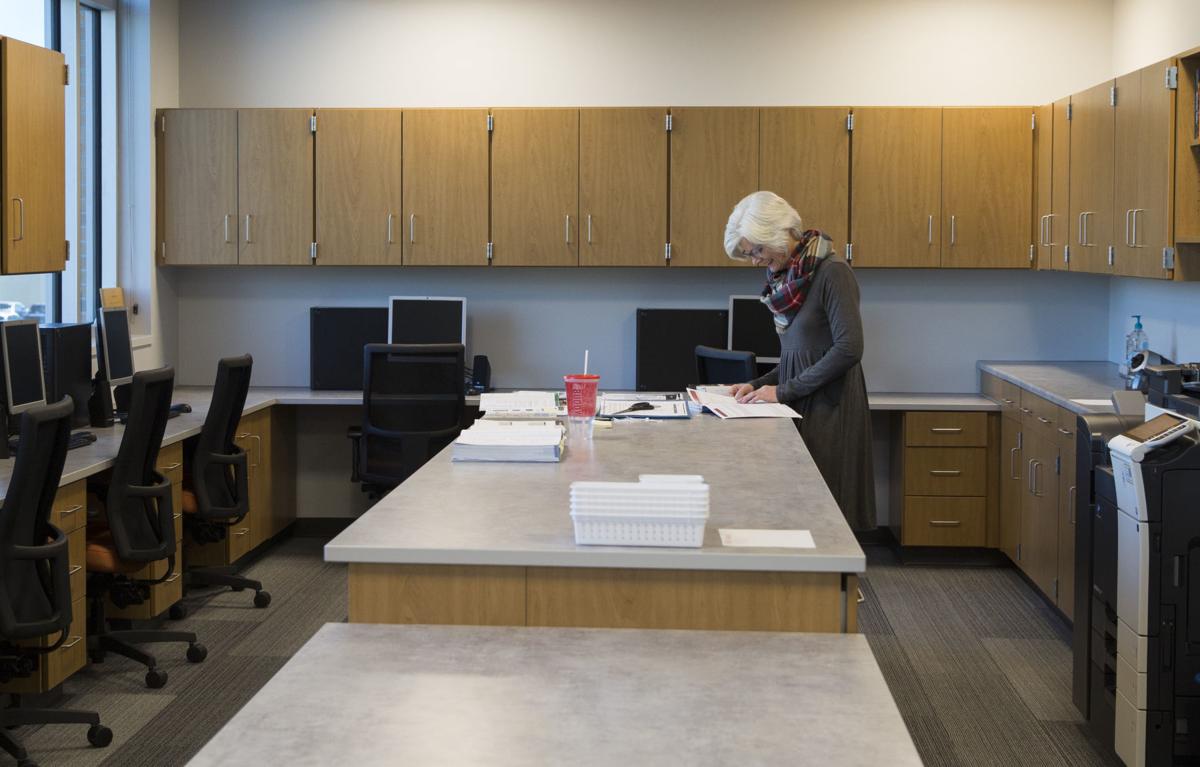 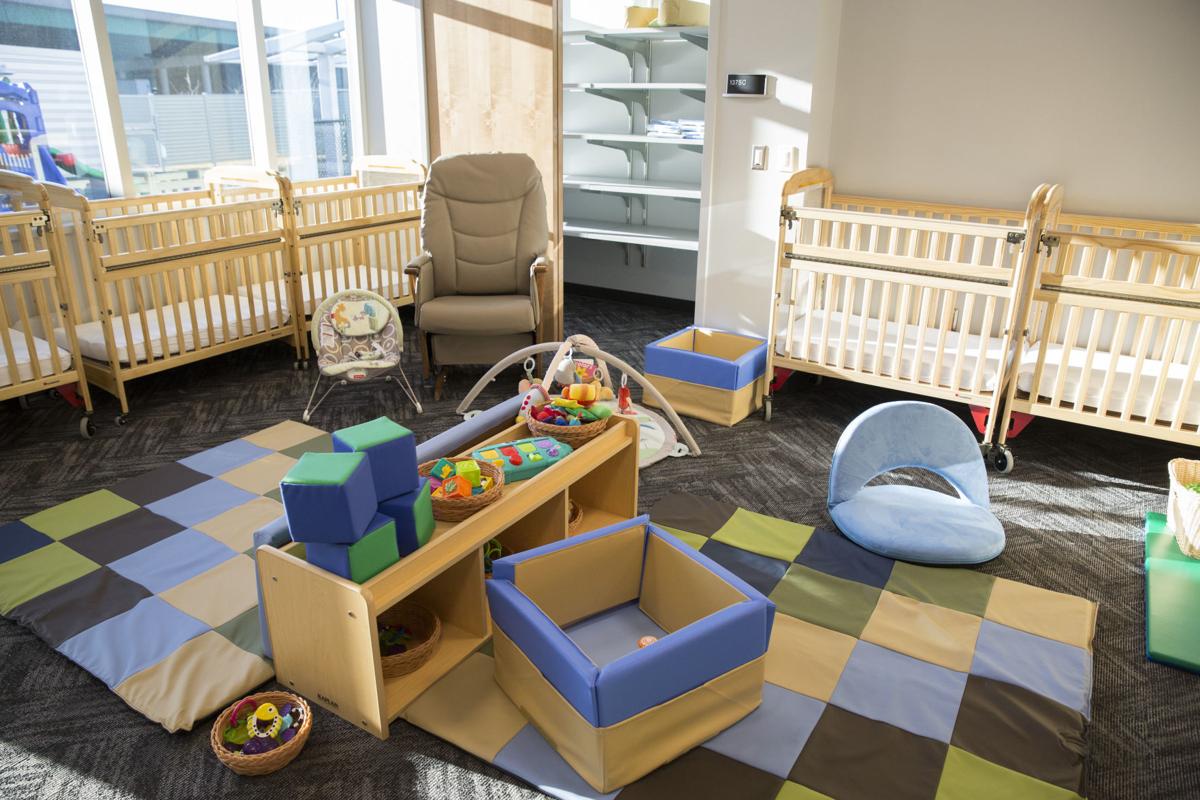 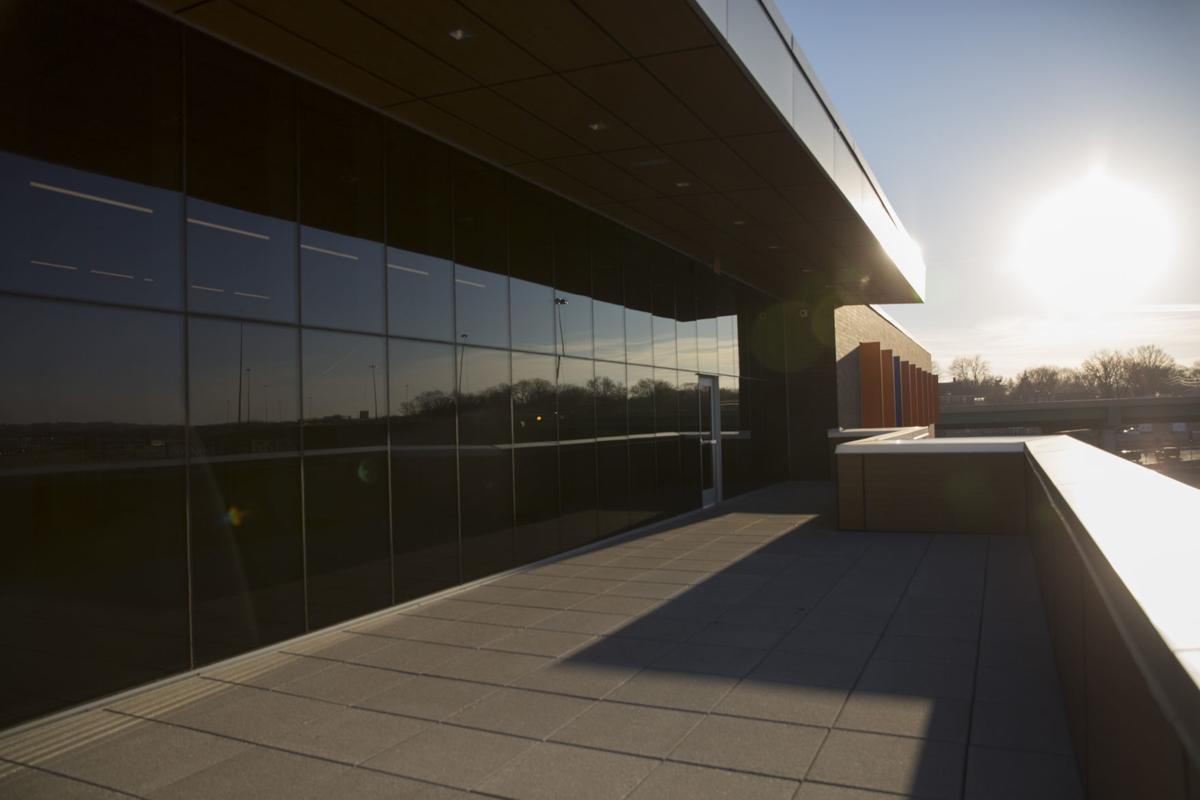 “We love it, it’s wonderful,” said Karen Platte, who was looking over materials Thursday in the second-floor teacher work room. She is a social studies and science instructor in the center’s high school completion program

“It’s kind of like a dream, because I’ve never in my education career gotten to work in a new building,” said Platte, who teaches evening classes to adult students. The new building replaces aging facilities at the Martin Luther King Jr. and Metro centers. Last semester, Platte was teaching at Metro.

“I’m most excited for my students,” she added, referencing the building’s “state-of-the-art” classrooms. “I know they’re looking forward to it.”

The three-story, 45,000-square-foot building is largely ready for students. Still to be installed are the last pieces of classroom technology and various signage, including the name on the exterior. Staff began moving in Jan. 2, said center director Sandy Jensen.

“It’s been very busy, it’s been quite a big transition,” she noted. “I think people are really excited to move into such a nice space.”

Among those are classes in the hospitality management program, which are moving from the main campus on the south edge of Waterloo. Students will have a dedicated classroom space at the center as well as a place to work on their skills. That will happen in the building’s coffee shop/cafe near the corner of Jefferson Street and Mullan Avenue.

“It’s a learning lab,” said Linda Allen, Hawkeye’s president. “This is for staff and students and then it’s open to the public.”

Other students will have opportunities to work at the cafe including English learners who need to polish their speaking skills and those earning a high school diploma, to gain job experience. Cafe manager Rhonda Bartels will oversee operations.

On the building’s first floor, a flexible maker space has been filled with manual machining equipment and virtual CNC machines. There are also two nursing classrooms outfitted with hospital beds and learning mannequins.

“Ultimately what we’d like to do is offer full-credit courses,” said Allen, rather than requiring adult learners to transfer to the main campus after a couple classes.

The Van G. Miller center will have space for that. It doubles Hawkeye’s adult education capacity to 4,000 students per year, which includes short- and long-term programs and day- and night classes. Initially, night classes will be held on Tuesdays and Thursdays.

Its programs have been seeing some growth. In the English learners program, a total of 600 students enrolled during the last school year. About that same number enrolled in just the fall semester this school year.

After this first semester in the new building, Jensen said, “we’ll run classes here starting 8:30 in the morning until 8 at night, Monday through Thursday.” Classes will also be offered 8 a.m. to 4:30 p.m. Fridays.

“We think this center, once it’s fully up and running, is going to be very busy,” said Allen.

Some of the busyness will relate to the youngsters being cared for at its child development center. Rooms for babies, younger and older toddlers, and preschoolers are set up for children starting Monday. The child care services are being offered in partnership with Exceptional Persons Inc., whose employees have preference for the spots along with Hawkeye students and staff.

“It’s absolutely wonderful,” she said. “All of the staff are EPI employees, but then we’ve got the partnership with Hawkeye Community College. There’s so much support and so much excitement.”