CEDAR FALLS — The University of Northern Iowa has responded to a call for action to do what it can to help address the state’s nursing shortage.

The Board of Regents approved UNI’s proposal for a bachelor of science in nursing degree last week, which will join with already-established BSN programs at the other two state universities.

Necessary planning will now proceed for its development and implementation in the fall 2024 semester. An initial enrollment of 24 students is planned.

UNI expects to invest $2 million in infrastructure and one-time costs to get the program off the ground. Funding for the program will be supported by reallocation of existing resources, and it is expected to be a revenue-positive generator through a full cohort of 96 students who will pay tuition and largely cover the cost for faculty and other expenses.

“I think the best and biggest news out of this whole meeting is this program,” Regent David Barker said during the academic affairs committee meeting on Wednesday. “It’s a critical need. ... I just want to commend you for jumping in and seeing this critical problem and doing something about it.

“A few years from now, hopefully it will make a real impact.”

Regents also publicly expressed gratitude for the due diligence conducted by the university and its consultants.

The announcement comes on the heels of the COVID-19 pandemic, which created a larger need for more nurses in Iowa and across the nation.

“Many major medical centers and rural hospitals are forced to close entire floors due to the shortage of nurses,” Provost José Herrera told the committee. “Many patients who require hospitalizations spend several hours in the emergency room waiting for a bed. The nursing shortage results in higher patient caseloads and significant burnout in nurses, further exacerbating the problem.”

But even before the health emergency, Iowa identified a critical shortage, President Mark Nook said in a telephone interview.

Another driver was UNI’s pool of applicants. “By far, the most popular big area of interest” was health care, he said.

Among those applicants, nursing was “was by far the lead” major, the one most highly sought.

“It’s pretty clear to us that there were students who were applying to us that wanted to be in nursing and would have stayed (at UNI),” said Nook.

Previously, “many students” have completed three years at UNI and then transferred into a cooperative program with UnityPoint Health-Allen Hospital, according to Nook.

The new program is not expected to impact that relationship and partnership. Allen College offers its own bachelor of science in nursing degree.

“We’ll just have to watch how it all plays out,” said Nook. “Allen’s done such a great job. But we clearly need to find ways to open more nursing education opportunities for students and that’s really been the goal from the beginning.

“We’ve said initially that this is all about creating more nurses, not just moving them around in the education system.” According to Nook, Iowa workforce data shows that at least until 2028, nursing will be the “number one job” in the state requiring a baccalaureate degree.

The BSN program is expected to provide opportunities for experiential learning, including 405 hours of hands-on patient care in clinical settings and 130 hours in a nursing laboratory. In addition, students will complete a 135-hour internship during their final semester and have the opportunity to participate in research or continuous improvement projects.

Construction can now go forward at the Gallagher Bluedorn Performing Arts Center after the Board of Regents approved  the expansion project's design.

The university will repurpose space on its campus for the program, rather than build a brand new building. “A couple” spaces are being looked at and Nook said a final decision has not yet been made on where exactly it will be housed.

“We’re working with an architect on how the spaces that we have on campus could be remodeled and renovated into state of the art facilities,” he said.

The university also has made significant progress in its search for a chief academic nurse administrator to lead the program.

“I think we’ll have an announcement out about that very, very shortly,” Nook said.

Nancy Kertz will serve as the university’s executive director of nursing and chief academic nurse administrator.

Cedar Falls, Evansdale, Waterloo mayors to face off in Salvation Army's 'Battle of the Bells'

They came in the form of bones, scales and teeth from the organisms alive before the dinosaurs went extinct.

The office will move to 512 Mulberry St., across from Lincoln Park, allowing for the expansion of another business in its current location.

Bullock joins Wartburg Board of Regents

WAVERLY — Ann Adams Bullock, dean of the Dr. Jo Watts Williams School of Education at Elon University, is the newest member of the Wartburg Co…

After shedding students annually for more than a decade, Iowa's 15 community colleges this fall recorded their first collective enrollment uptick since 2010.

Diesburg is one of five Iowa educators who earned the award during the Technology Association of Iowa’s 2022 Prometheus Awards ceremony in Des Moines earlier this month. 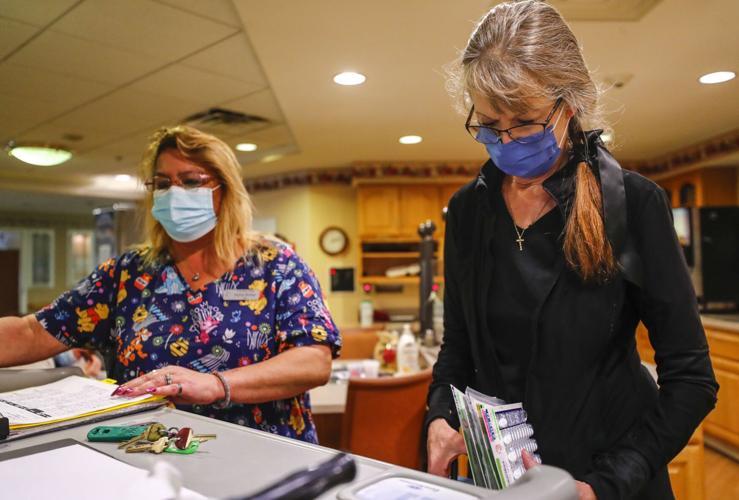 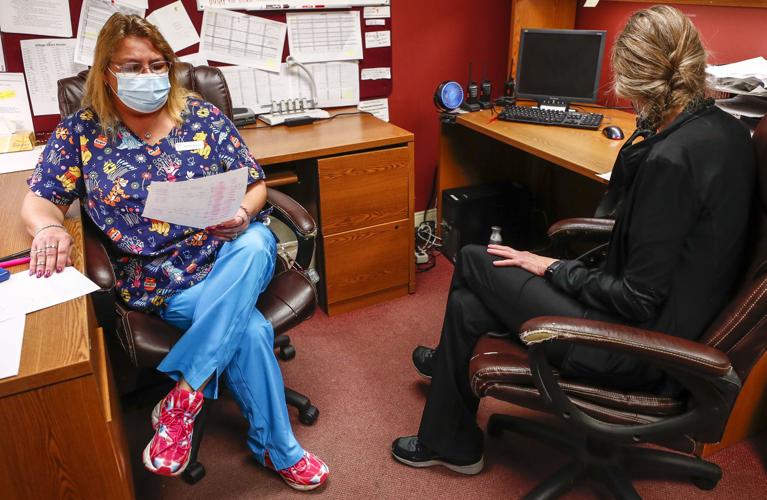