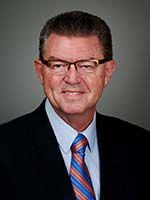 WATERLOO — Hawkeye Community College is proposing a 14.11 percent property tax increase, bringing an additional $1.4 million into its coffers during the next fiscal year.

The board of trustees Friday approved publishing the 2019-20 budget estimate, including the property tax increase. A total of $11.32 million in property and utility replacement tax collections are projected for the college’s 10-county service area. Trustees also set a public hearing for later this month, when the budget is expected to be approved. Officials proposed a $69.59 million budget for the fiscal year starting July 1. That represents a $4.06 million increase from the re-estimated budget for the current year.

Dan Gillen, Hawkeye’s vice president of administration and finance, noted much of the budget beyond the tax rate is an estimate at this time, since other revenue sources such as state aid and tuition have not yet been set.

“This process is all about setting the property tax rate,” he said, explaining that a boost in the college’s insurance and early retirement levies are responsible for much of the increase. Overall, the tax rate would rise 10 cents to $1.11 per $1,000 of taxable value.

Much, but not all, of that increase — “basically $5.75 per $100,000” of taxable value, said Gillen — relates to the higher tax rate. A 4 percent increase in taxable value across Hawkeye’s service area accounts for the remaining $1.32. At least part of that is due to a change in the state-ordered rollback, which will tax a higher portion of a home’s assessed value.

For more than a decade, the college kept its tax rate under $1. It rose to $1.01 per $1,000 for the current fiscal year. Gillen noted that rate puts Hawkeye eighth among Iowa’s 15 community colleges — right in the middle.

If property tax levies to repay bond issues are excluded, Hawkeye’s rate is reduced by 25 cents, making it the second lowest in the state. The voter-approved bonds are issued for specific projects over a limited time, so the funds aren’t used for the college’s day-to-day operations.

“We are really lagging behind other community colleges in the state with regard to our tax rate,” said Gillen, suggesting that could make Hawkeye less competitive than its counterparts. “You’ve got to start using the same tools they are.”

He said community colleges have received an average increase in state aid of less than 1 percent for the past six years. As a result, Hawkeye has been turning to its students to raise revenue, with tuition inching up annually. “We’re now the fifth highest tuition and fees,” said Gillen, among Iowa’s community colleges.

Board chairman Jay Nardini noted that when the colleges were founded five decades ago state aid, local taxpayers and student tuition were expected to each make up about a third of their revenues. Now, he said, tuition accounts for about 62 percent of operating funds.

“We have worked very hard as a college to keep our property taxes down,” he said. “Unless the state’s going to give us more money, we have to look at raising taxes or raising tuition.”

WATERLOO — Hawkeye Community College’s Board of Trustees on Tuesday approved a $69.59 million budget, including a 14.11 percent property tax i…