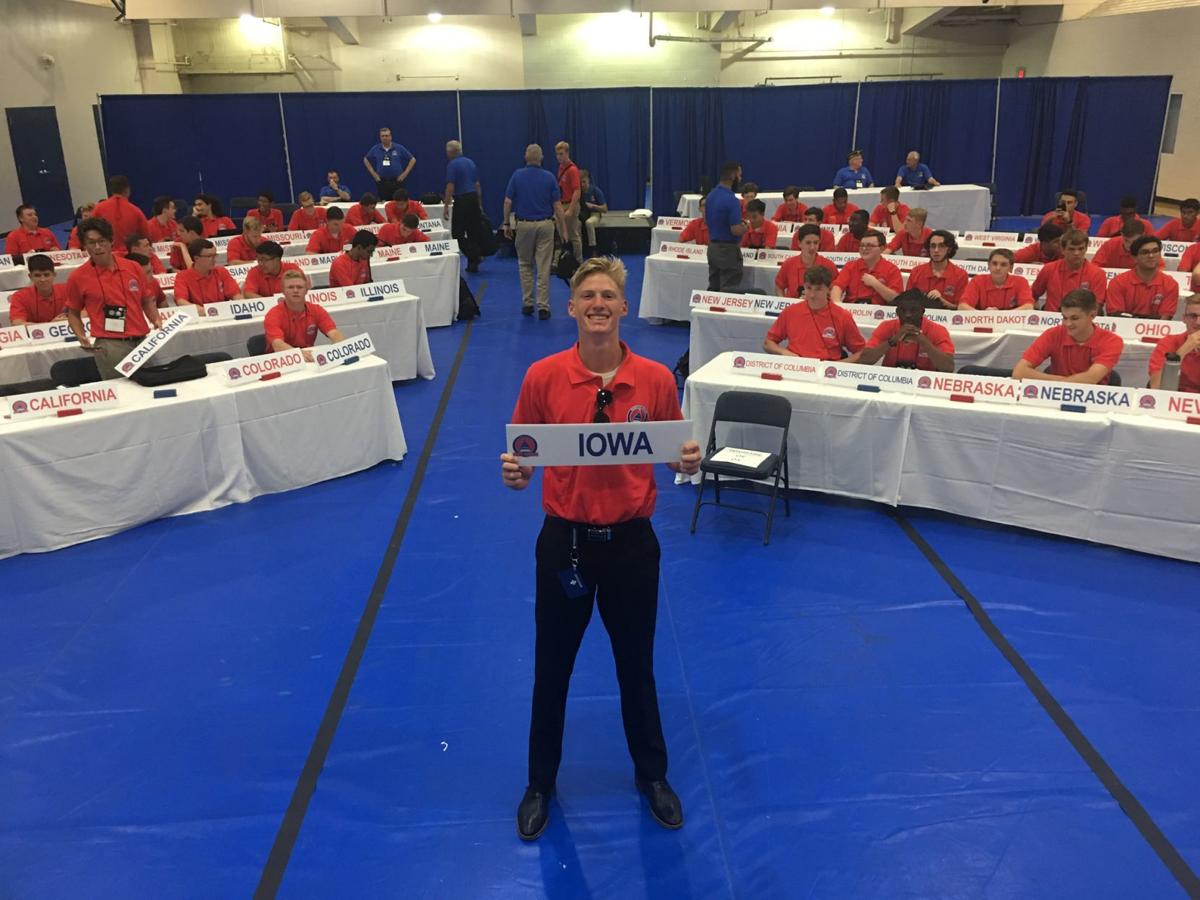 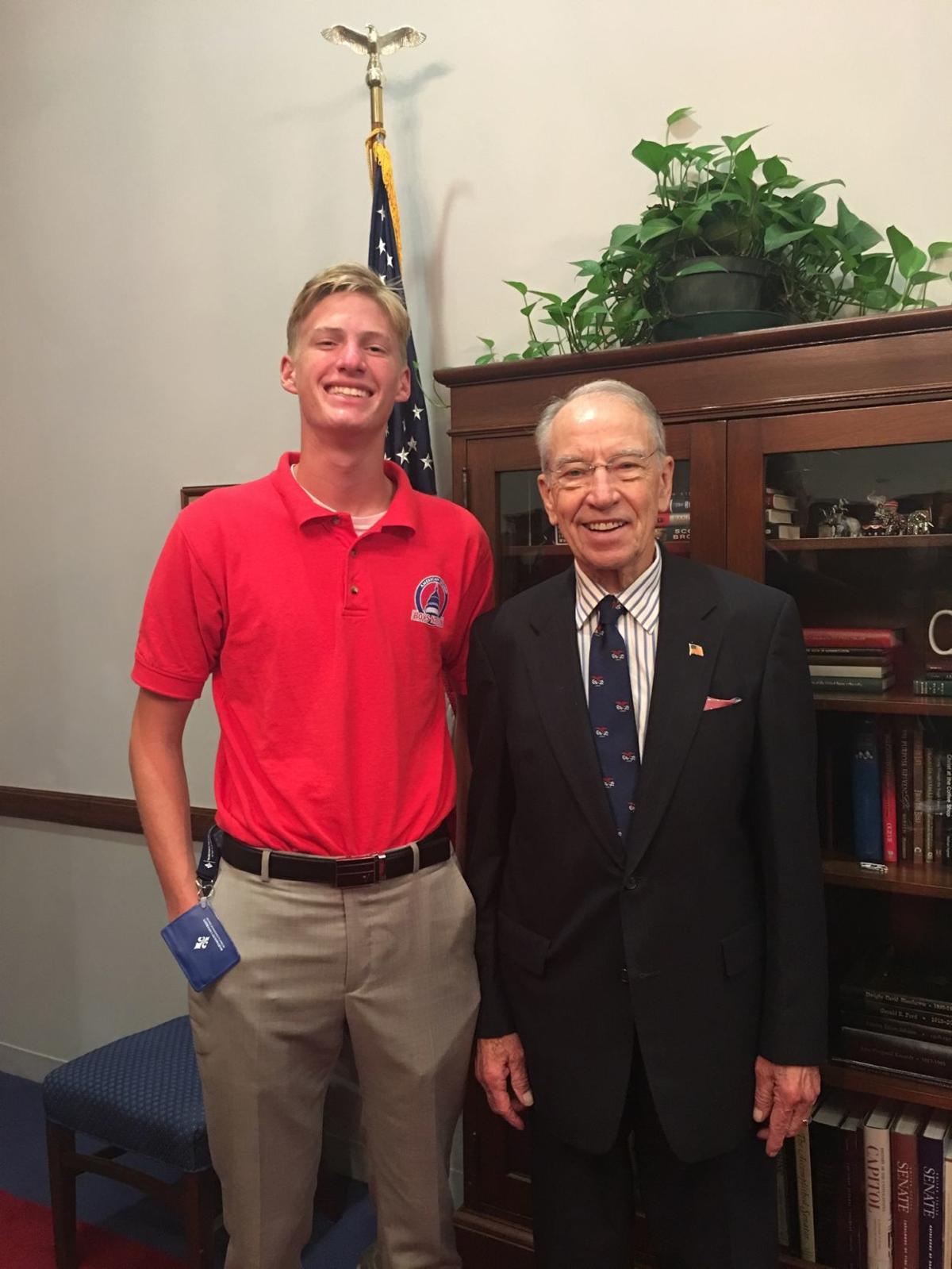 Luke Prendergast, who will be a senior when classes start later in August, attended the program July 17-29. The 100 participants learn about the legislative process by going through the steps of lawmaking with each student serving as a senator from his state. He was chosen from among 360 students that participated in Boys State earlier in the summer after being nominated by the program’s counselors.

Prendergast initially got involved in Boys State, held at Camp Dodge in Johnston, at the urging of his parents and with the help of Denver’s Acker-Matthias American Legion Post 653.

“I was kind of pushed on by my parents,” he said. “They wanted me to discover how the government works.” He added that the Legion post was also “very helpful” in the process of applying for the program.

At Boys State “you can try different sorts of branches” besides the legislative, Prendergast explained. “I tried the judicial branch and I was nominated for Supreme Court justice.” Later, he was one of 10 participants asked to interview for a chance to continue on to Boys Nation.

The American Legion covered all expenses for the trip to Boys Nation, held at Marymount University in Arlington, Va.

With boys coming from across the country, he noted, “I was able to meet different people from different areas of the United States. Life is all about developing relationships with great people and meeting great people. You’ve got to take advantage of that.”

Prendergast said the program involves a lot of listening to legislative proposals and amendments before deciding whether to support them. A bill the students considered and debated was to make election day a holiday. In the end, he said, “we decided we wanted to pass it.”

Students went on a variety of field trips with visits to landmarks like the Lincoln Memorial, the White House and the U.S. Capitol. Prendergast got to meet Iowa U.S. Sen. Charles Grassley. Students also saw a performance that touched on major points in all of the wars the U.S. has fought.

He said all the focus on lawmaking helped him to think more about some eventual career possibilities. He has considered following in the footsteps of his mom, Heather Prendergast, and becoming a lawyer or working in a related field like business law.

The program was a learning experience for Luke Prendergast, who noted that he “didn’t know how the legislative branch worked” when he got involved. “I just made sure I learned. That way it could help me in the future.”

Todd Holcomb has been meeting Hawkeye Community College staff and getting a handle on the computer system as he settles into the role of president.

WATERLOO — Sacred Heart Catholic School closed its doors for the last time in May, but the longtime educational center will host a new group o…

Waverly-Shell Rock teacher, coach resigns after being charged with shoplifting

A Waverly-Shell Rock High School teacher and coach has resigned after being charged with shoplifting from Walmart.

High school bands across the Cedar Valley have been working hard to make sure students are prepared for competitions and football half-time shows this fall.