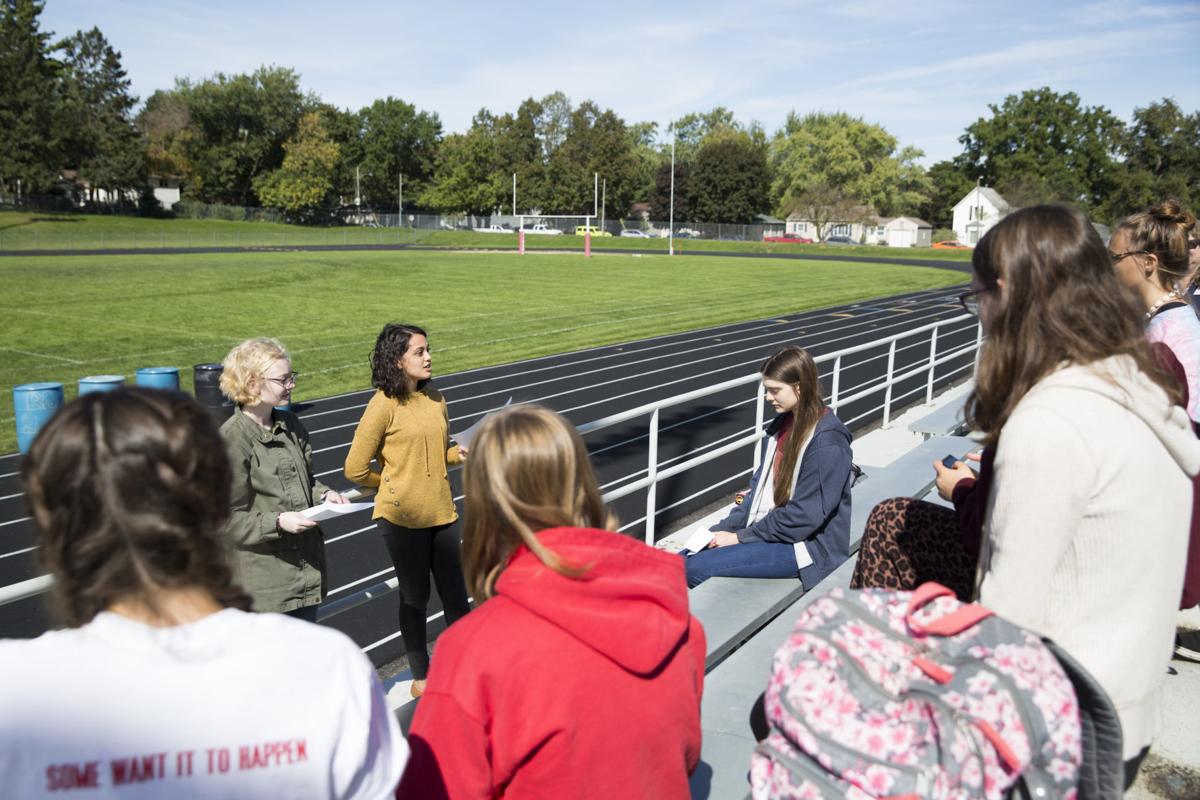 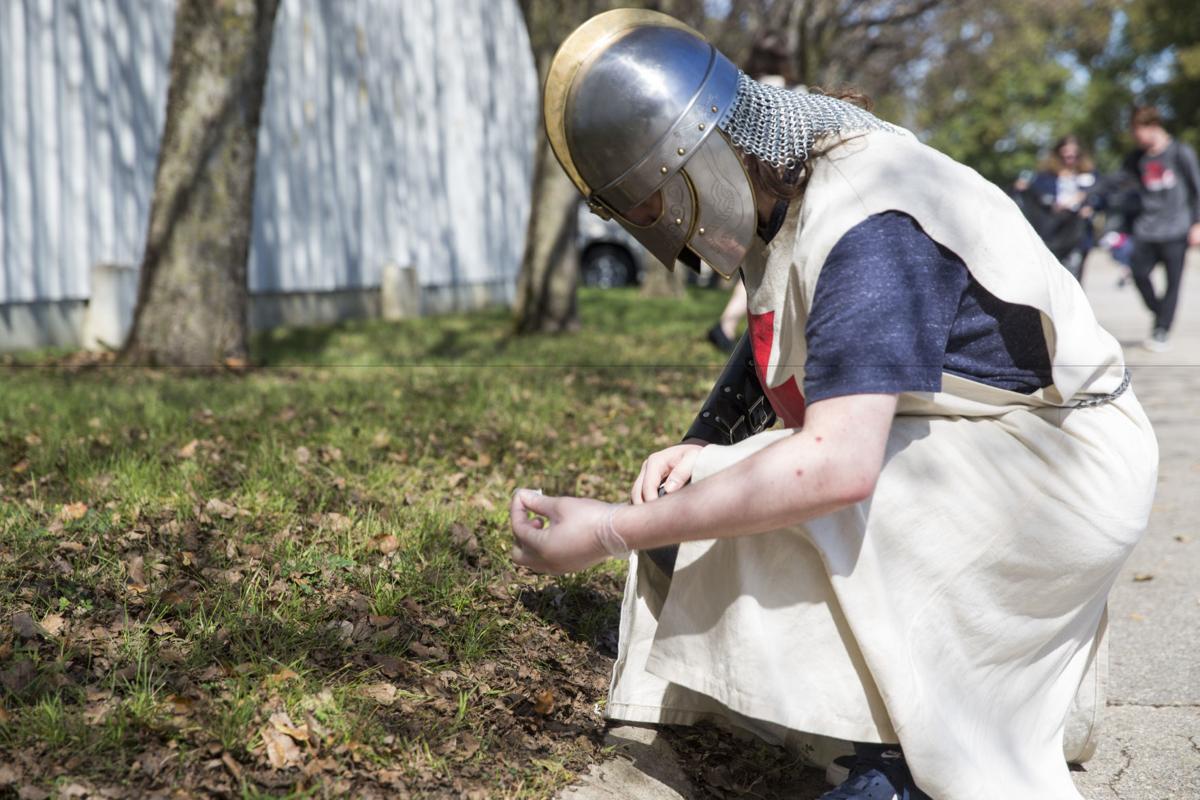 Jaxin Donohue picks up trash in the parking lot of Cedar Falls High School during a walkout to raise awareness on climate change on Thursday afternoon. He donned the costume as part of a school spirit day.

CEDAR FALLS — Nearly 20 Cedar Falls High School students gathered outside during the lunch hour Thursday in solidarity with activists around the world who staged a walkout last week to protest inaction on climate concerns.

Organizers learned about the youth-led effort to walk out of school and jobs last Friday, the day it was happening, so they publicized their own event with fliers and word of mouth. They got permission from the school’s administration and held it during the lunch-time “power hour” so no one missed a class.

They gathered on bleachers by the track and football field. A half dozen more students were already sitting there eating lunch.

Junior Malvika Khadiya quoted from a speech by 16-year-old Swedish activist Greta Thunberg, who called on governments to do more in dealing with climate change during an address to the United Nations’ Climate Action Summit Monday in New York City.

“We are here because of the movement that Greta started,” said Khadiya. She praised lifestyle changes that students are implementing to reduce their use of disposable items, but said action needs to be taken by governments, as well.

“We must push leaders to take action for environmental justice,” said Anastasia Davidson, a junior who also spoke. She called on the students to contact elected leaders. “Seniors, you will be able to vote in the next election,” added Davidson.

Khadiya asked the group to go to the nearby parking lot and pick up trash as a way to take immediate action.

One student who came to the event didn’t agree with the climate change message, but joined in the cleanup effort. Junior James Kuener said he and others who “don’t think the world is going to end in 12 years” nonetheless believe it’s important to pick up trash and not litter.

“We still care about the environment,” he said. “We just don’t think the science is there to support climate change.”

Thursday’s effort was “very symbolic,” said Khadiya. “We wanted to raise more awareness about what people can do. We here in Cedar Falls are just as worried and just as concerned about what climate change means for our future.”

An expanded site for the planned new high school allows for better use of land around the building now and greater control over future development, Superintendent Andy Pattee told the Board of Education Monday.

Coil stepping down as field gets crowded in Cedar Falls school, city elections

Cedar Falls Board of Education member Joyce Coil will not seek re-election, but there's no shortage of candidates to contend for her seat -- or that of other incumbents -- Nov. 5. Many candidates will also be competing in Cedar Falls city elections.

Natalie DeGabriele took the statewide contest's top prize, a year of free tuition at the University of Iowa.

"In the six weeks he was here, he literally designed a product for us."

A West High School science teacher put on leave for a social media comment about a teenage climate activist has resigned.

A consultant's proposal to develop a resilience or sustainability plan spurred a lot of discussion, but the Cedar Falls City Council approved hiring the firm Monday in a 4-3 vote.

Jaxin Donohue picks up trash in the parking lot of Cedar Falls High School during a walkout to raise awareness on climate change on Thursday afternoon. He donned the costume as part of a school spirit day.