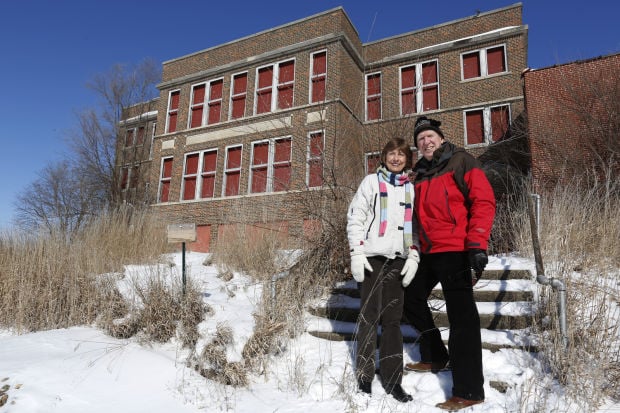 Barb and Dave Else stand outside Geneseo Consolidated School in Geneseo Township. The school, built in 1920, is just one of the 200 abandoned school buildings that the two have photographed and documented. 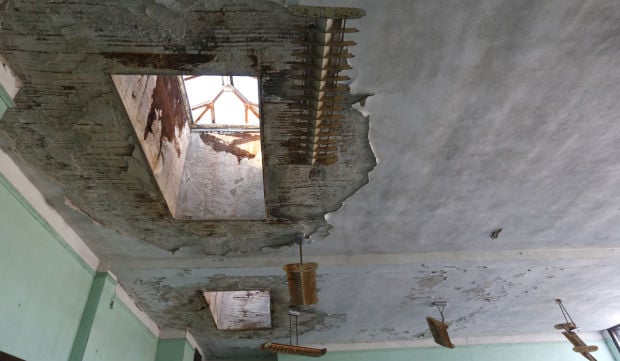 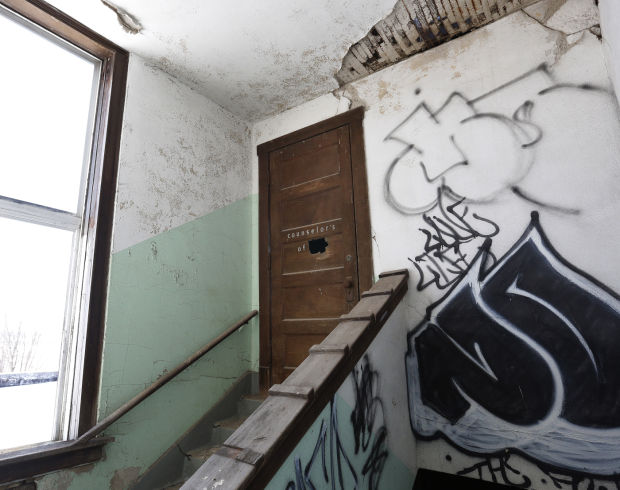 Graffiti marks the inside of the abandoned Geneseo Consolidated School. 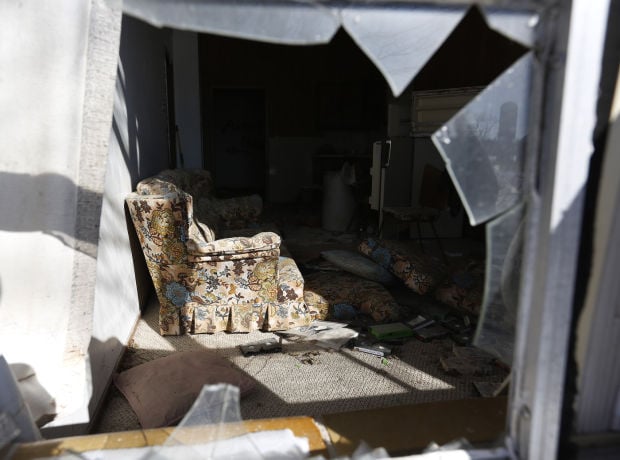 Inside an apartment room of the abandoned Geneseo Consolidated School built in 1920, Tuesday, Feb. 11, 2014, in Geneseo Township, Iowa. 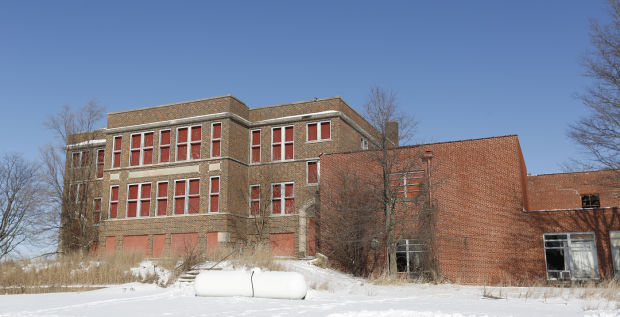 The school built in 1920 is a shock of red brick breaking Iowa's icy horizon, much like Ayers Rock breaching the Australian desert.

What once housed a state championship qualifying basketball team might have slipped silently from the face of the earth if not for Dave and Barb Else.

The Cedar Falls couple have spent the last 14 years documenting more than 200 abandoned school buildings in Iowa. Driven by nostalgia, these high school sweethearts and educators are publishing a book about their travels.

"Oh my heavens, we found all these little towns with a school just sitting in them, not being used," said Barb Else, a retired teacher. "Then it kind of got in our blood."

"For All the Small Schools in Iowa" is slated to be published this spring.

The Elses worked with the Iowa High School Athletic Association and Iowa Girls High School Athletic Union to track down information about school mascots and colors. Many of these tiny-town districts have disappeared, but their home team will be immortalized in the book: Zearing's Zippers, Nichol's Nicks, Webb Spiders, Volga's Boatmen, Beaver's Beavers, Tingley's Nomads.

The couple got hooked on school-spotting after visiting Milan High School in Indiana on which the film "Hoosiers" was based, a classic story of a small team winning the state basketball championship. But the couple were disheartened to find the front doors locked, trapping its historic trophy case inside.

Not unlike the infamous "Hoosiers" team, the Geneseo Wolves reached the 1945 state basketball tournament over much larger schools. In Des Moines, Sioux City Central beat the Wolves out of the tournament, 66-31. But Geneseo had become a fan favorite along the way, boasting by far the smallest enrollment of just 40 students.

Geneseo Consolidated School, built in 1921 just east of Buckingham, awarded 541 diplomas before the district merged with rival Dysart for the 1966-67 school year. The three-story structure housed K-12 before the merger. Declining enrollment eventually forced Dysart-Geneseo to close the building. It was sold in 1983, its contents auctioned off to the highest bidder, and now sits dormant.

Dave Else, a professor at the University of Northern Iowa and former superintendent, said about 95 percent of the schools he and his wife documented are not being used.

"I don’t think that nostalgia is driving much of the fact that they’re still standing. I think it’s more just an issue of cost," he said.

There's so much identity tied up in rural schools, Else said. Everyone went to the basketball game, the band concert or the spring play.

Geneseo school is in pretty bad shape. The front doors remain unlocked, giving way to trespassers who have covered the walls in graffiti.

Local residents would like to do something about the debilitated structure, but removing the asbestos is so costly that no one has touched it for years.

"We were looking for a location in the country, and that’s near impossible to find, and we didn’t want to use good farm ground," Adolphs said.

Instead, the church was built on an open lot directly in front of the school, the same land which has affectionately been called "God's country" by past residents.

Adolphs said the church would like to tear at least part of the school down, but asbestos removal would cost about $130,000.

"It is an eyesore," Adolphs said.

"Some of the schools and public buildings which used to be the source of that pride are now empty shells dotting the landscapes of our communities," Branstad said during his Condition of the State speech last month. "Let's turn what used to be our centers of education into centers of commerce. Let's repurpose the crumbling structures with renewed investment and reinforce the foundation with new jobs."

Adolphs said she perked right up when Branstad announced the initiative.

Under the proposal, some of the $10 million in tax credits available for brownfield and grayfield sites, or potentially contaminated land, would be available for public buildings like schools. The credits could help mitigate the cost of rehabbing a building for commercial or industrial use.

Mark Nechanicky, a graduate of Geneseo and former Dysart-Geneseo School Board member, said it's uncertain whether nonprofits, like Church of Promise, would qualify for the credits, though locals argue the asbestos in the old school was introduced when it was a public building.

Nechanicky said it was a contentious decision to consolidate the schools, but sometimes "bigger is better."

Barb and Dave Else stand outside Geneseo Consolidated School in Geneseo Township. The school, built in 1920, is just one of the 200 abandoned school buildings that the two have photographed and documented.

Graffiti marks the inside of the abandoned Geneseo Consolidated School.

Inside an apartment room of the abandoned Geneseo Consolidated School built in 1920, Tuesday, Feb. 11, 2014, in Geneseo Township, Iowa.