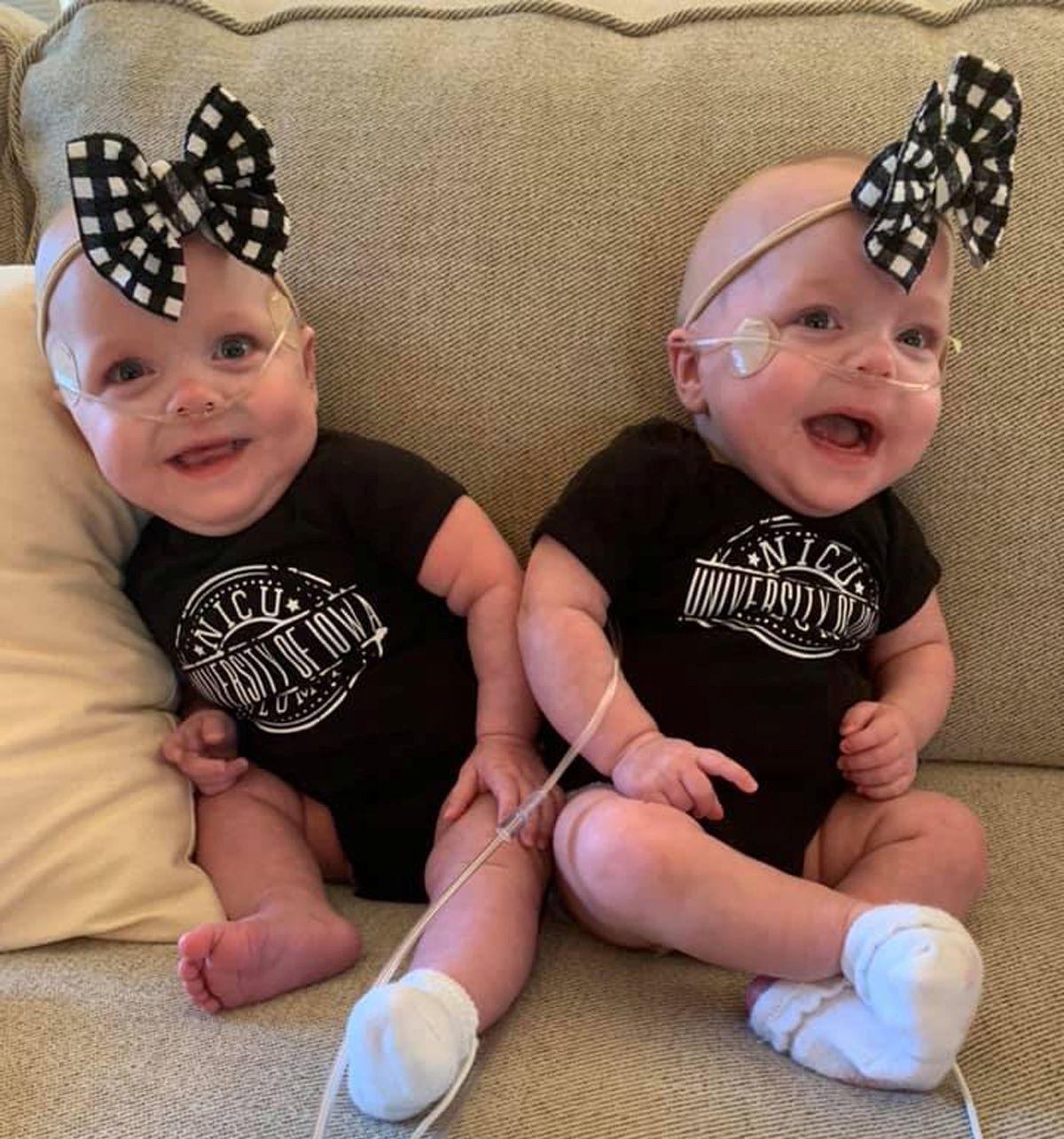 Keeley and Kambry Ewoldt, born 18 weeks premature, have been named the world's most premature twins by Guinness Word Records. 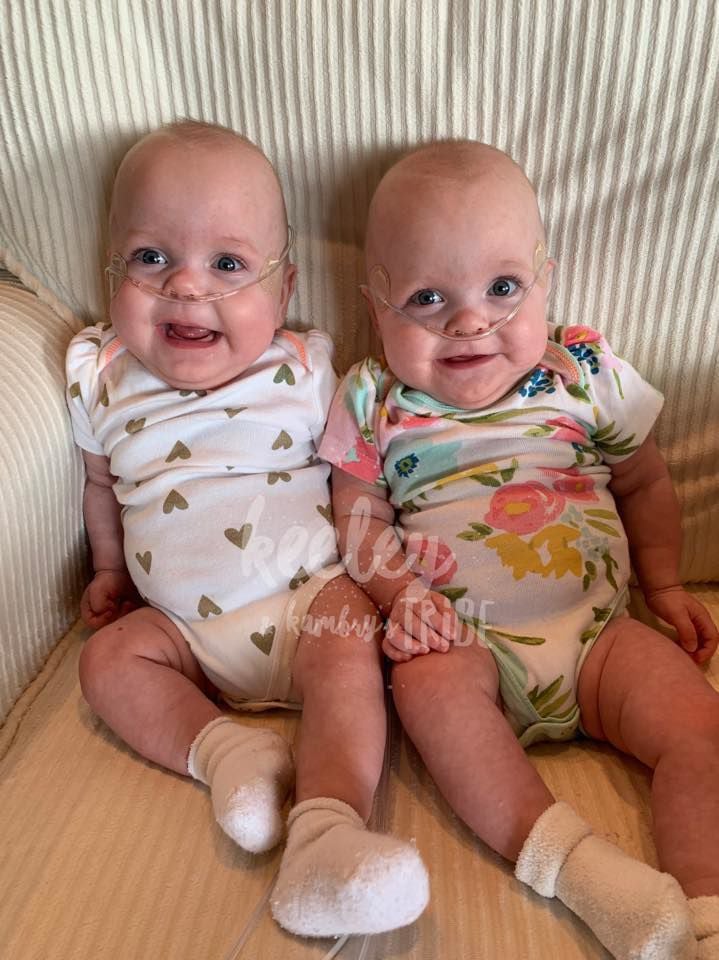 Kambry and Keeley Ewoldt in August.

DYSART — Keeley and Kambry Ewoldt’s incredible survival and remarkable progress have astounded the medical community and the world at large since the day they were born.

The girls’ fighting spirit has now landed them a spot in the Guinness World Records book. On Thursday, the 10-month-olds were officially named the World’s Most Premature Twins, breaking a 20-year-old Guinness record.

“I think the girls someday will never believe it,” said mom Jade Ewoldt, laughing. “It’s exciting. It’s been a whirlwind. We live this life every day, so it seems normal to us.”

The Ewoldt twins were born 125 days early on Nov. 24, delivered at just 22 weeks and one day gestation. A full-term pregnancy is 40 weeks. The previous world record holding-twins were born 119 days premature.

The world record is a feather in the cap for the tiny twins who’ve faced — and overcome — so many challenges.

At birth, Keeley weighed 1 pound and Kambry weighed 13.4 ounces. Each baby was about the length of a dollar bill. Kambry lost some weight after she was born, which is common among preemies. Her lowest recorded weight is 11.64 ounces — less than a can of soda.

Nationally, just 10 percent of babies born at 22 weeks survive, said Dr. Jonathan Klein, a neonatologist and medical director of the neonatal intensive care unit at University of Iowa Stead Family Children’s Hospital, where the twins were born. At UIHC, the survival rate for those babies over the last 10 years is 65 percent. Keeley and Kambry spent nearly five months in the UI Stead NICU.

The Ewoldt twins’ extraordinary story, first reported by The Courier, has drawn worldwide media attention. The family has received interview requests from news organizations around the globe. People magazine picked up the story, and national TV news magazine “Inside Edition” filmed the family for a segment that aired this spring.

Approaching their first birthdays in November, the girls are growing and developing well. They’ll likely continue to be on oxygen until the age of 2, Jade Ewoldt said.

Their progress hasn’t been without some setbacks. Kambry has been admitted to the hospital five times since her release from the Iowa City NICU to be treated for a common cold.

“She is doing good,” her mom said. “She just cannot fight a cold. Her body cannot do it alone. For her, a cold is very serious; she needs extra oxygen and support.”

Keeley also has been briefly hospitalized for common illnesses, but overall the twins “are doing great. This is minor in the grand scheme of everything that we could have encountered. If they are hospitalized for a cold, we’ll take it any day over the stuff that could have come our way.”

The Ewoldt family, which includes parents Jade and Wesley, as well as the twins’ siblings Kollins and Koy, submitted the paperwork to Guinness World Records in London in July. Guinness officials did extensive research, including a deep review of the twins’ medical records, to determine that the girls did, indeed, break the world record for most premature twins. They are now listed as such on the Guinness World Records website and will be featured in the annual Guinness World Records book, which will publish mid to late next year, Jade Ewoldt said.

“We didn’t intend on a world record, but it’s pretty neat,” she said.

Tiny twin girls from Dysart are beating the odds and making history.

One month before the official closing of its La Crescent facility, Mayo Clinic Health System has announced its Waukon clinic will also be discontinuing operations, effective Dec. 14.

Elizabeth Warren claims she can pay for her 10-year, $52 trillion health care plan without increasing taxes on the middle class. But...

A new non-profit has been organized to help Iowa residents interested in free help to learn how they might enroll or re-enroll in health insurance under the provisions of the Affordable Care Act (ACA).

Cindy's Closet, a nonprofit organization that provides free clothing and household items to low-income people in the Cedar Valley, is looking for a new space.

A Wartburg College music professor and a team of his students work out the dents and sticky wickets for the Charles City High School band.

Keeley and Kambry Ewoldt, born 18 weeks premature, have been named the world's most premature twins by Guinness Word Records.

Kambry and Keeley Ewoldt in August.