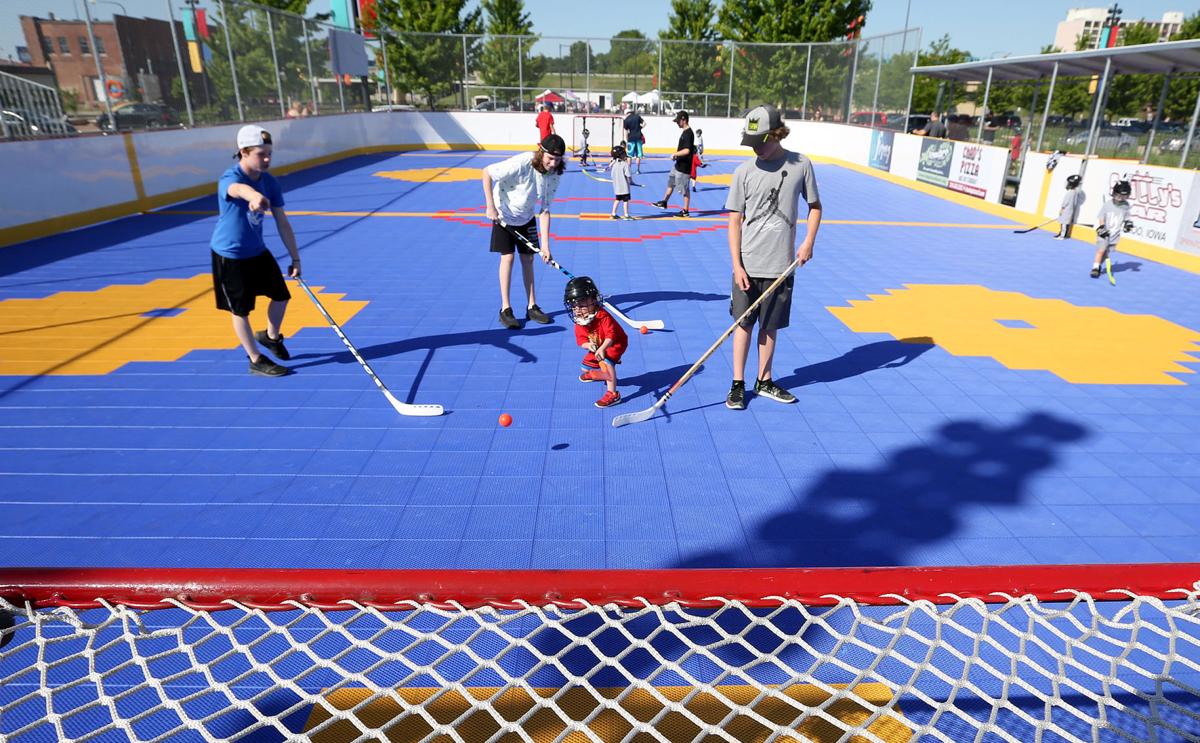 FILE PHOTO: Grayson Damm, 3, takes a shot at the goal during warmups before the Junior Dek Hockey game in Waterloo. 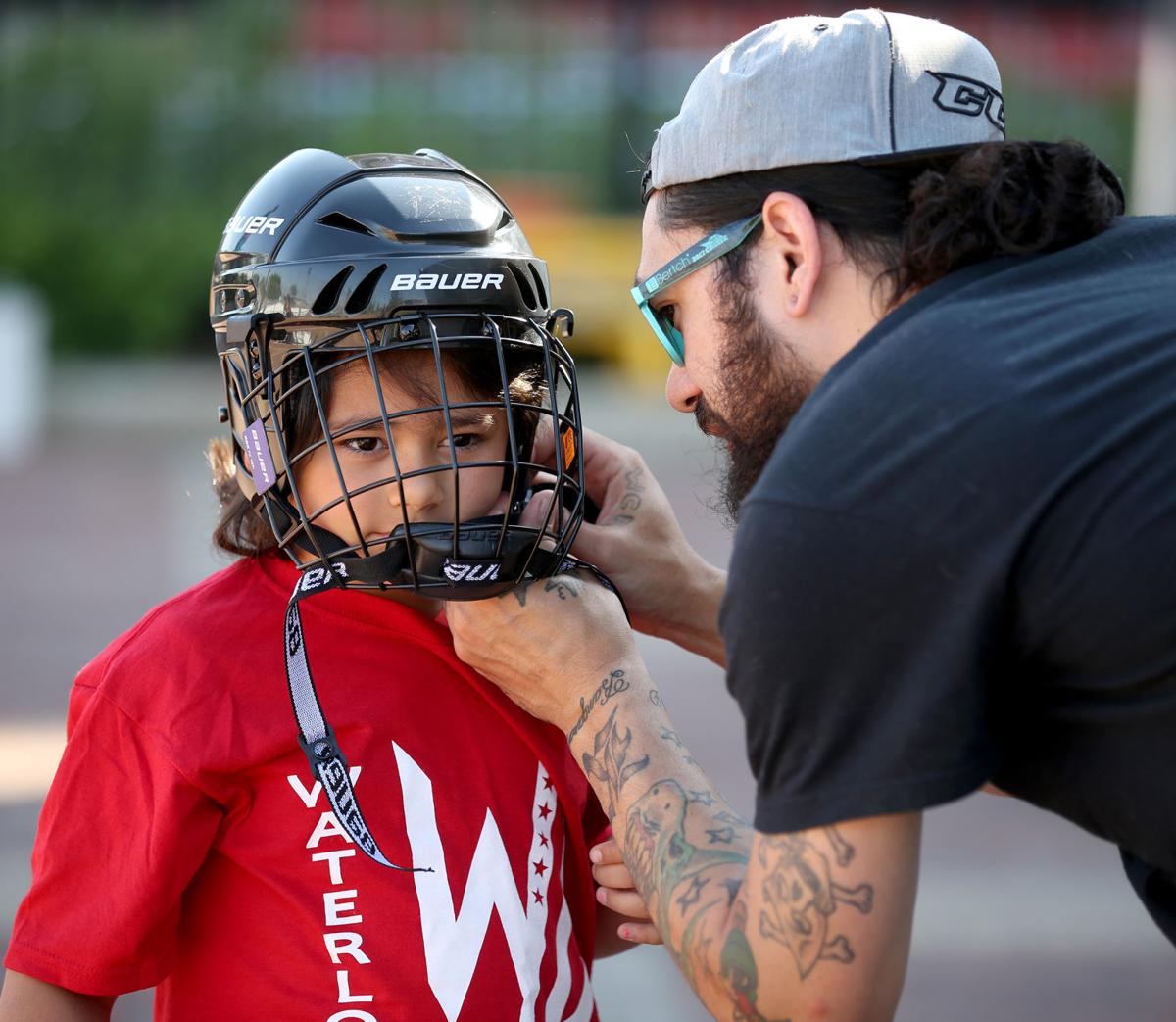 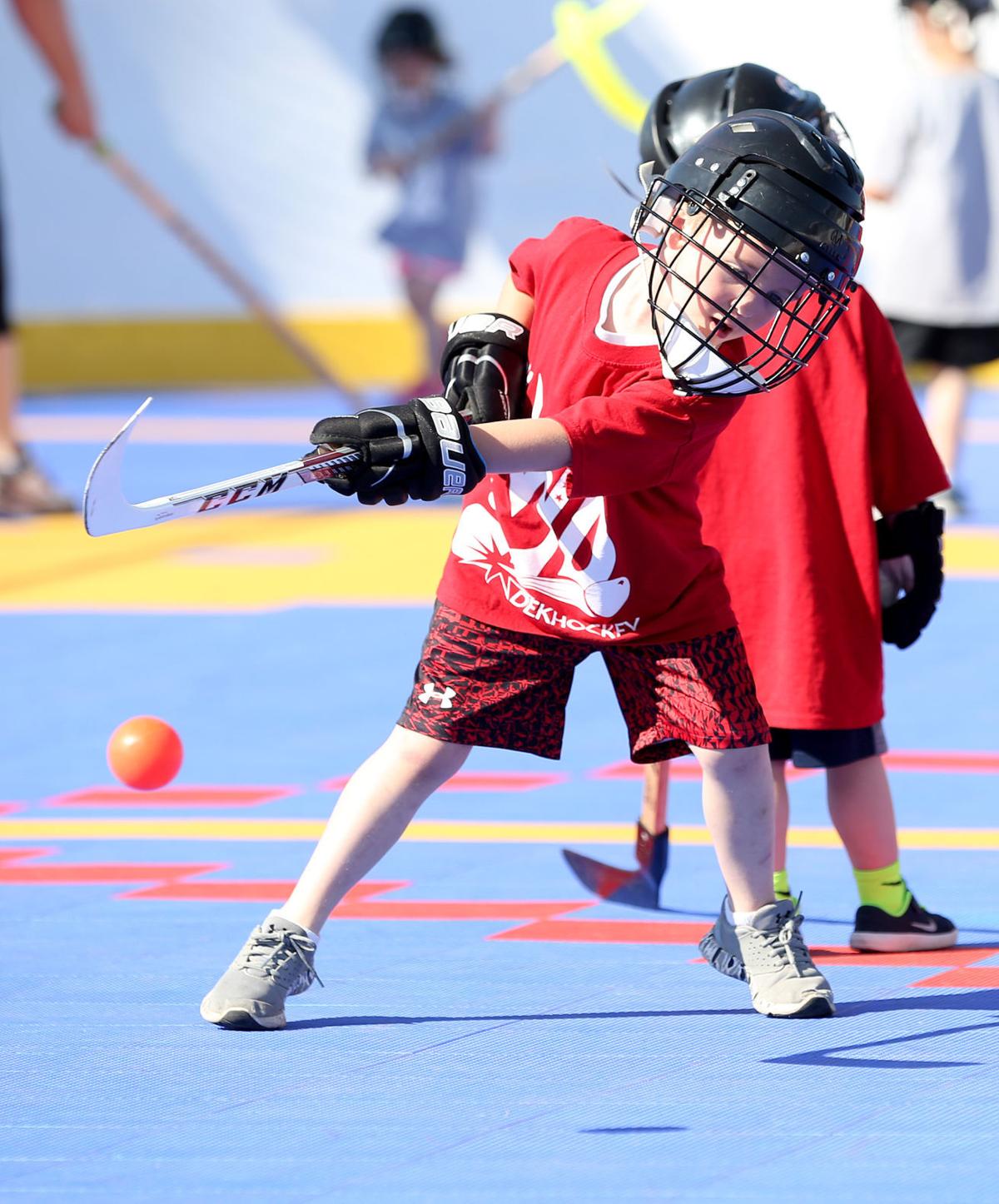 Brody Block, age 4, takes a shot at the goal during warmup before the Junior Dek Hockey game. 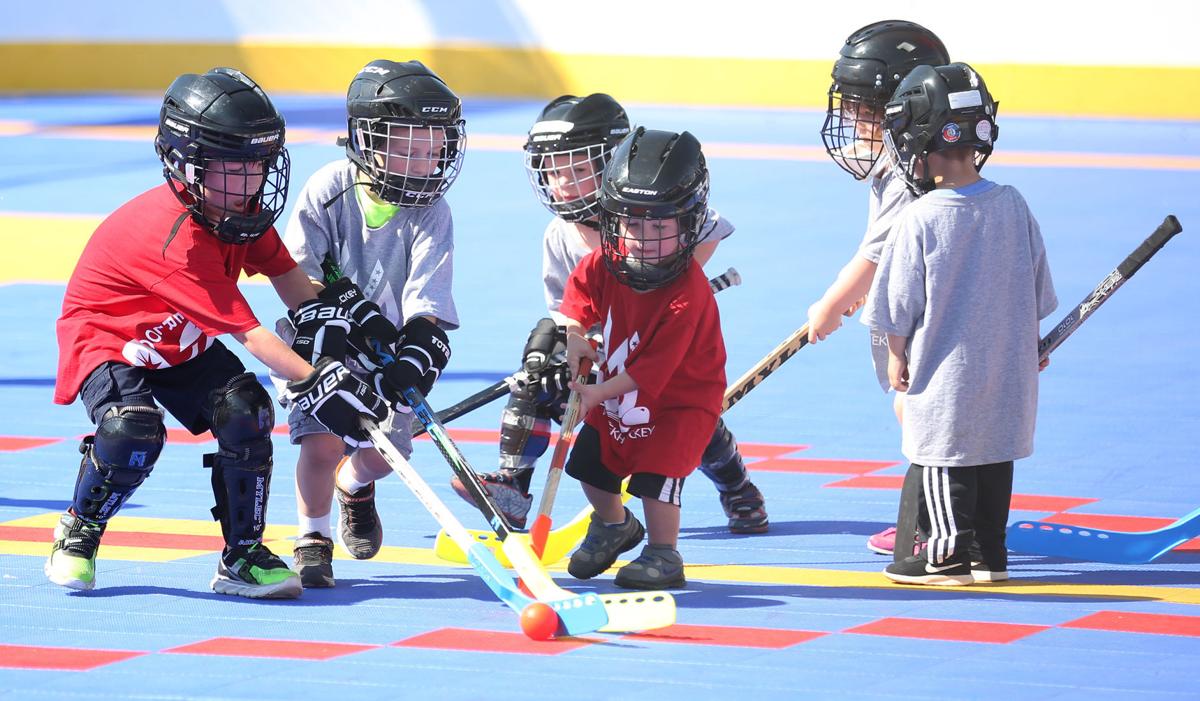 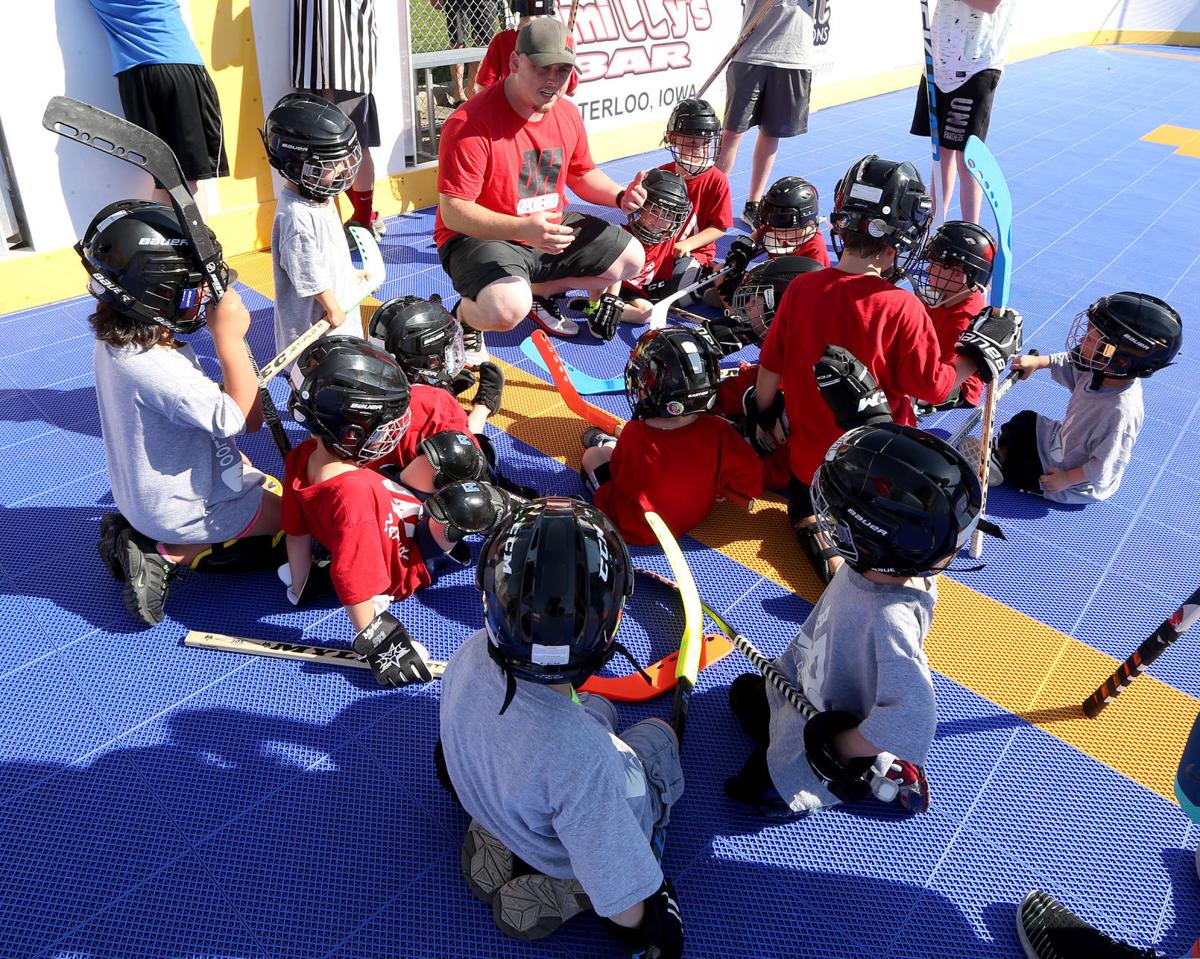 WATERLOO — The Waterloo Black Hawks may be done for the season, but hockey fans can enjoy the sport as more than spectators at Waterloo’s year-old dek hockey arena on Jefferson Street north of the RiverLoop Expo Plaza.

One doesn’t have to be a Pittsburgh Penguin, Nashville Predator or even an ice skater to enjoy the sport, and it’s catching on locally, according to Joe Giachino of Waterloo Dek Hockey. It’s a form of “street hockey” played in athletic shoes on a plastic surface with a ball.

“We have about 140 youths out here now for the spring season,” he said. “We have 14 adult teams right now” organized into divisions by age and skill level. Counting team members and substitutes, that’s about 170 adult participants. He likened the league to a softball or volleyball league, with games about twice a week.

The arena has spring leagues running April through June and fall leagues, which begin in August. Participants range from grade school age to people in their 50s. The arena will be open the month of July for the curious to try it out, with some equipment available for rent.

Waterloo Dek Hockey has a five-year lease with the city for the site, approved by the City Council last year. A sister program has operated in the Quad Cities since 2012. The Waterloo arena was put up last June for an abbreviated inaugural season. This is the arena’s first full year of operation.

“I’m very happy with the response. There’s good growth from last season,” said Giachino, a Waterloo teacher. “We just need to get more people down here. It’s addicting and it becomes a lifestyle.” It’s also a positive, constructive downtown activity, he said.

For more information, go to waterloodekhockey.com, the Waterloo Dek Hockey Facebook page or call Giachino at 215-7072.

WATERLOO – Police are investigating a burglary at a downtown recreational facility.

FILE PHOTO: Grayson Damm, 3, takes a shot at the goal during warmups before the Junior Dek Hockey game in Waterloo.

Brody Block, age 4, takes a shot at the goal during warmup before the Junior Dek Hockey game.