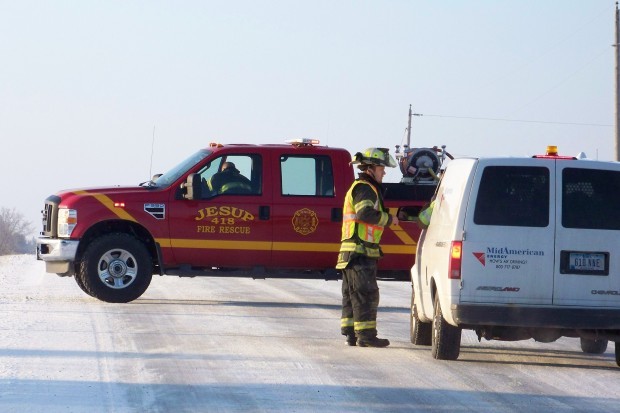 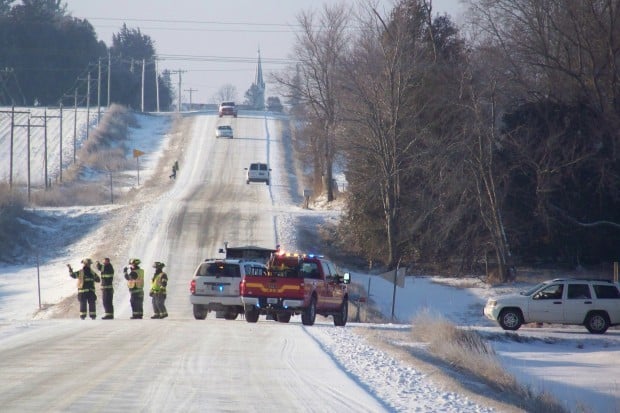 The leak was spotted about 7 a.m. on Jesup Road near Jubilee Road at a regulator on the Northern Natural Gas pipeline, according to Black Hawk County sheriff's deputies.

The plume was about 2 1/2 miles long moving east.

Roads were blocked off, and school buses were re-routed while Northern Natural Gas crews capped the leak.

A similar leak was reported south of La Porte City earlier in the morning.

After a little more than 37 years in business, owner Jim Gilgen, 66, of Cedar Falls, said: “It’s just time. I’m getting older, and it’s the right thing to do.”

Police have identified the man who died after entering the Cedar River June 10 during the My Waterloo Days parade.

The Rooted Carrot Cooperative Market is a community-owned grocery store that seeks to enhance the health and well-being of the greater Cedar Valley, according to its mission statement.

Teen arrested for third gun in less than a year

WATERLOO — A Waterloo teen has been arrested on gun charges while awaiting trial for two other incidents where he was found with guns this year.

The vote comes amidst a lawsuit, filed by the club’s former manager, alleging the board did not address employees’ sexual harassment complaints, and tried to defame the ex-manager after firing him.

WATERLOO — Trial has been set for August for Waterloo’s former recreation superintendent who has been accused of stealing from the city.

Teen injured in shooting in Waterloo

WATERLOO — A teenager was injured in a shooting in Waterloo on Wednesday evening.

Man arrested for taking more than 1,000 rounds of ammo from Cedar Falls store

CEDAR FALLS — Police have arrested a man who allegedly stole more than 1,000 rounds of rifle ammunition from a Cedar Falls store.

Unbelievable! This is the moment a cobra vomits up a massive PVC pipe